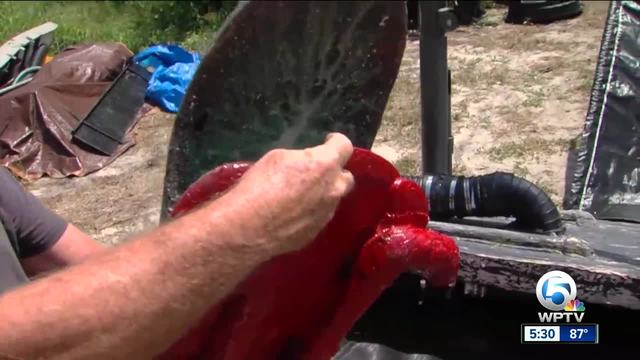 Wilson McQueen, a Jensen Beach resident, claims he has what it takes to solve the algae crisis in South Florida. McQueen has spent the past few years developing the technology in his backyard to remove algae from waterways. 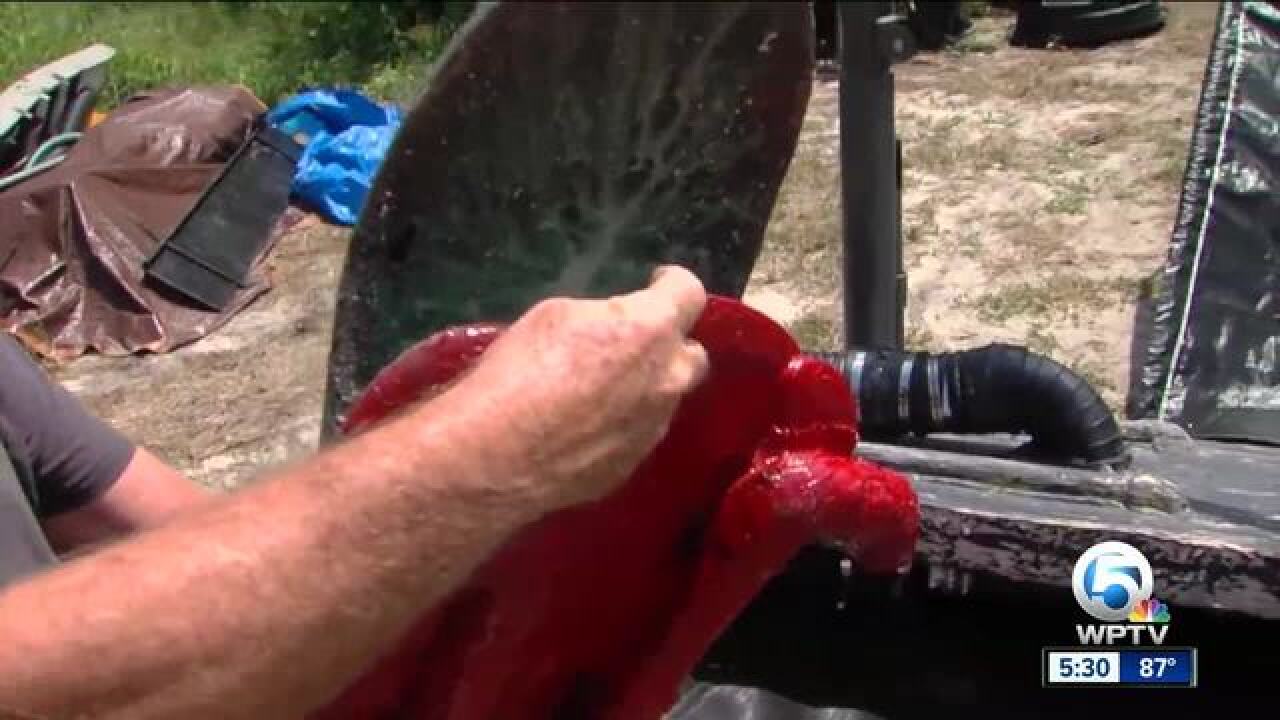 Wilson McQueen, a Jensen Beach resident, claims he has what it takes to solve the algae crisis in South Florida. McQueen has spent the past few years developing the technology in his backyard to remove algae from waterways.

“I took a whiff, it was horrible and I said I know how to help,” said McQueen.

It’s safe to say it’s become an obsession for McQueen; to find a way to rid Florida water of toxic algae.

“I’ve never been like this before, working 24 hours for two years for no pay,” said McQueen.

He works out of his Jensen Beach home and so far has invented 16 different prototypes along with names for each device.

McQueen has also developed a solar-powered boat to sift through the green gunk.

"I call it the bow plow," said McQueen.

The bow plow is made of Geotube material. McQueen said the material allows water to pass through while collecting the algae.

“This can help heard towards the float heads that are attached to the trucks,” said McQueen.

The trucks are hydro-vacuum vehicles. McQueen said they can extract up to 12 cubic yards per load and thanks to the closed-loop systems minimize the possibility of airborne toxins.

All of McQueen's work is in the process of receiving patents. He's also submitted paperwork to county commissioners and the Department of Environmental Protection.

NewsChannel 5 reached out to the DEP and has learned McQueen first submitted a proposal in 2016. However, at that time his work was not approved.

Yet, after Gov. Rick Scott issued an Executive Order on July 9, the department has reopened its bidding process and McQueen is able to resubmit his work to be reviewed.