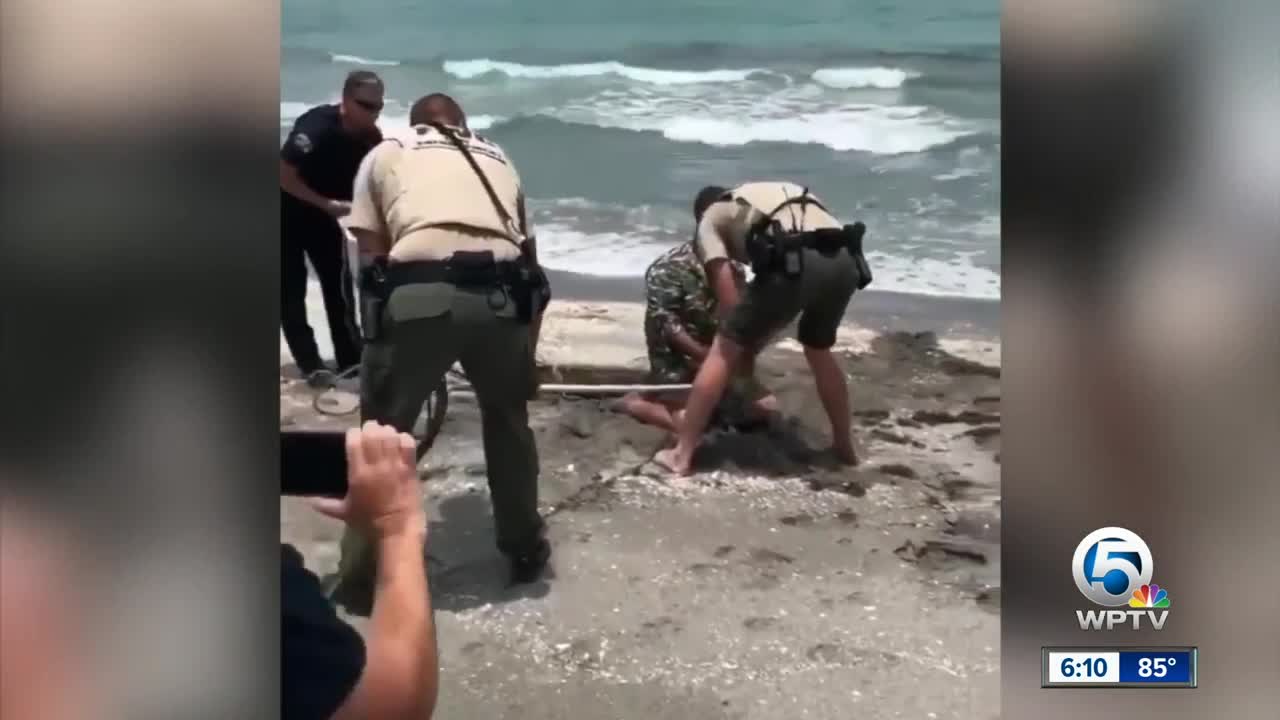 You’ll have to see it to believe it, a 6 to 8 alligator crawling the sands of Hobe Sound Beach on Saturday. Several people captured video of the incident now making the rounds on the internet. 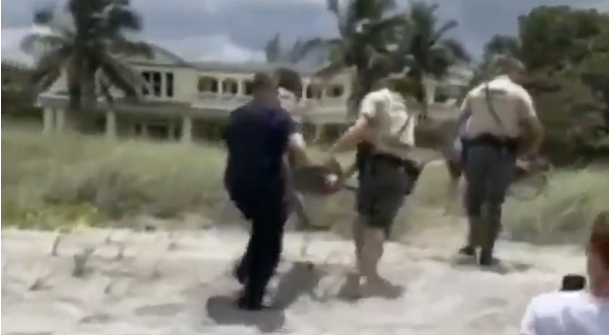 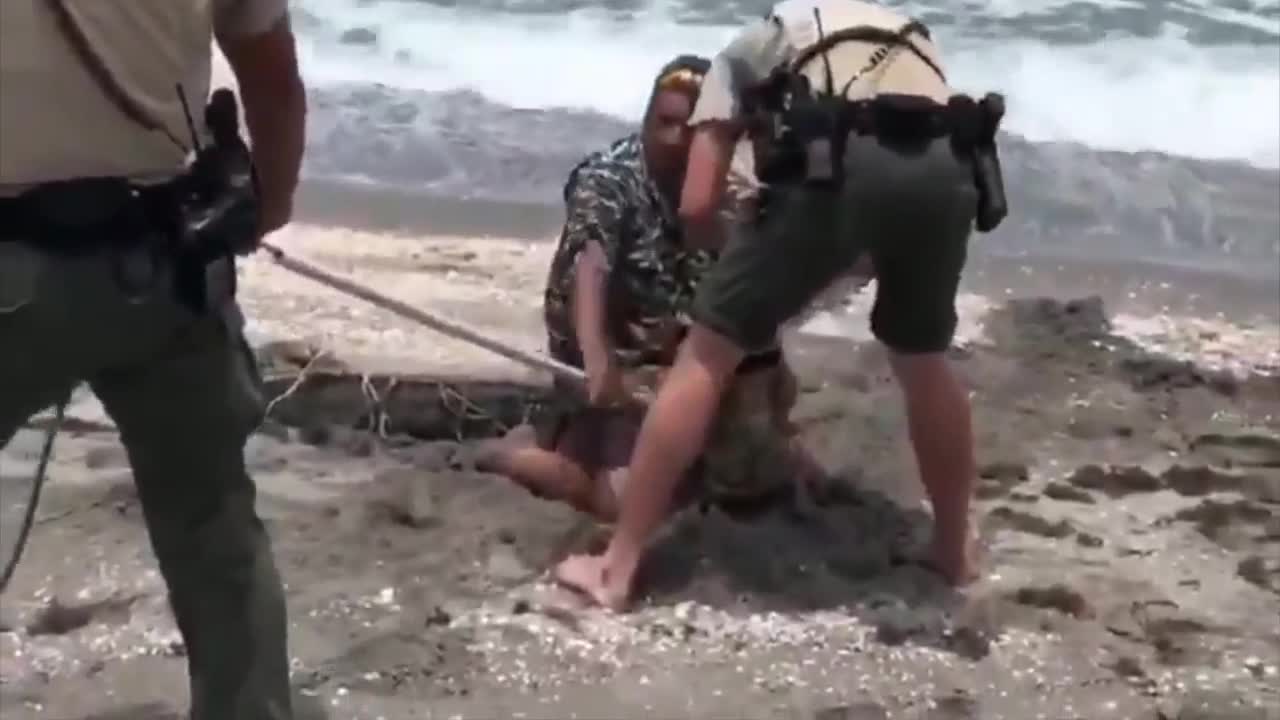 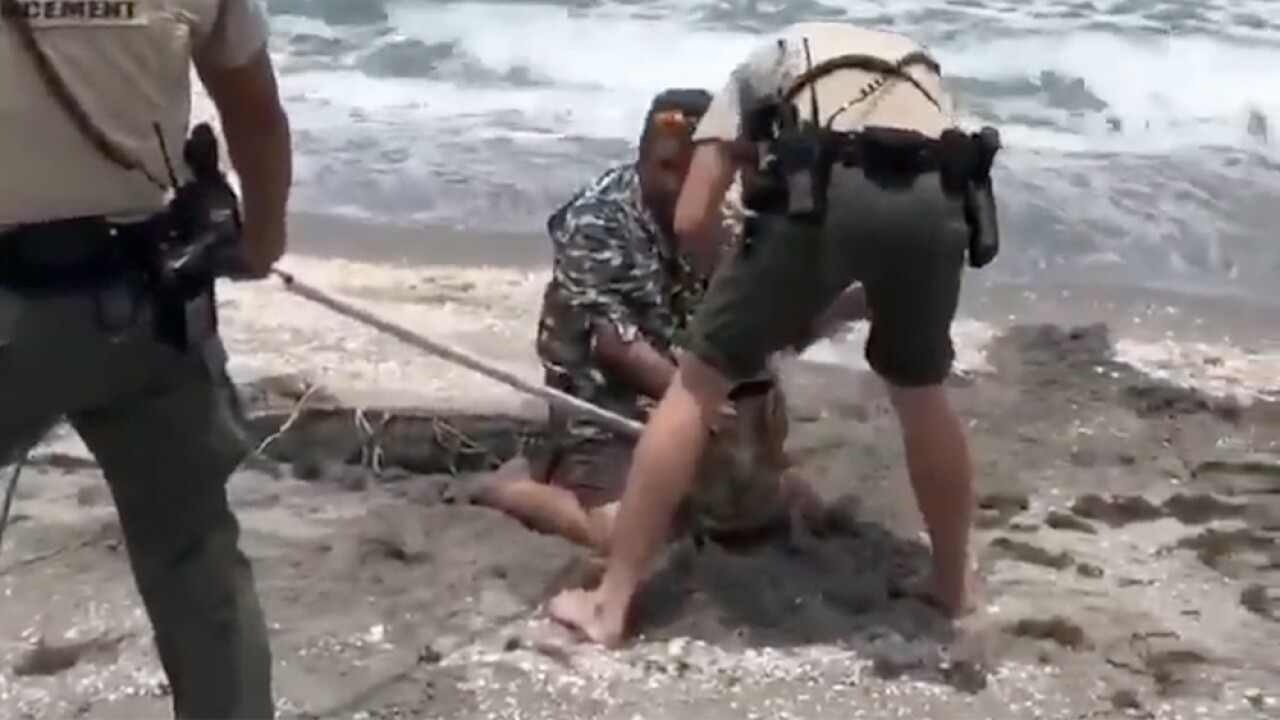 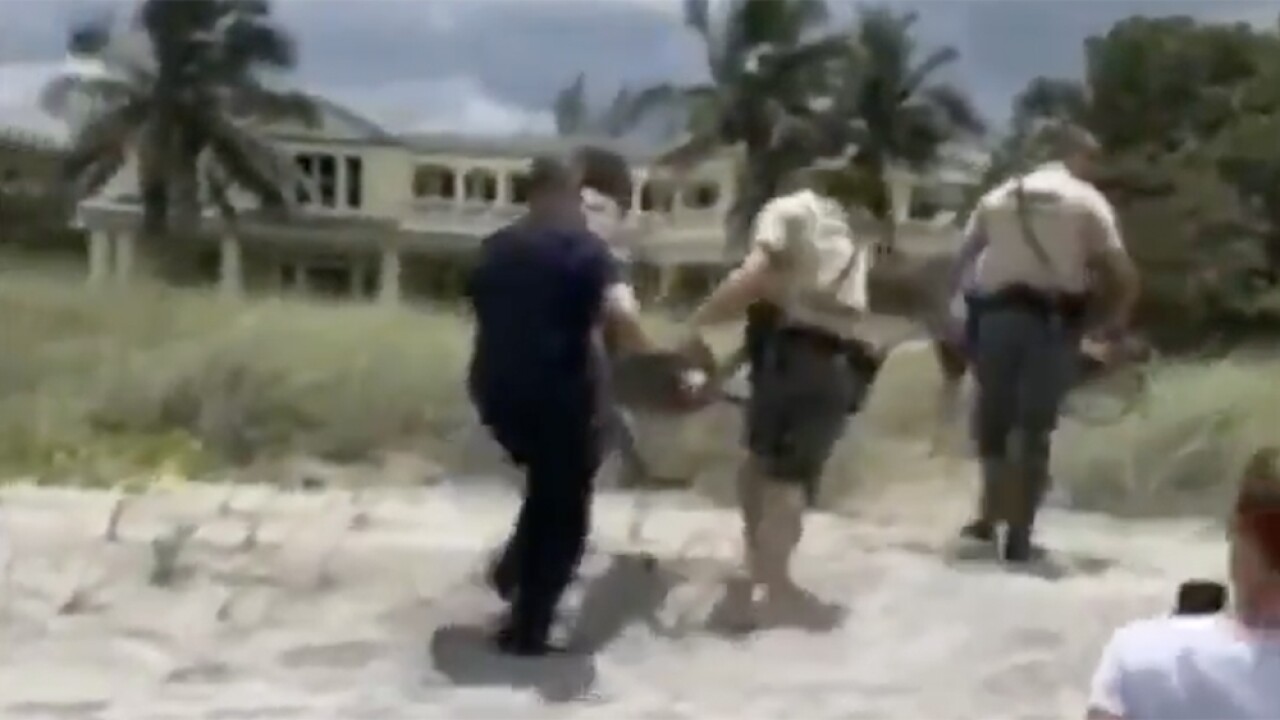 HOBE SOUND, Fla. — A scaly sight turned up at a Treasure Coast beach over the weekend.

The video shows it took four men to take down the roaming reptile.

They used a catch-pole to get it under control and tape to secure its mouth shut.

Lifeguards tell us they responded to the the gator like they would a shark and cleared the beach and water until FWC secured the area.

Wildlife experts say alligator sightings on the beach are uncommon because the reptiles have a limited tolerance to saltwater.

“Long-term, really not well. Alligators, they really don’t tolerate salinity very well. They don’t have a way to cry. They don’t have a way to sweat, so they get too much salt in their body, and it actually causes organ damage. So, you noticed from the video, it wasn’t actually at the water. It was at the beach though, but it was avoiding the water and avoiding all that salt water,” said Amy Knight with the Busch Wildlife Sanctuary.

There's no word on where the gator was relocated to.

No injuries were reported in the incident.

What’s that the #fwc fished out of the ocean at Hobe Sound beach? Why it’s an 6-8foot #alligator! 😳🐊 I don’t want to encounter that #dinosaur in the lineup🙅🏻‍♂️ thanks lifeguards and fwc for the vid and keeping everyone safe 👍🏼🤙🏼 #Florida #gator @MyFWC #beach #ocean #hobesound pic.twitter.com/IxnBNaG3rS