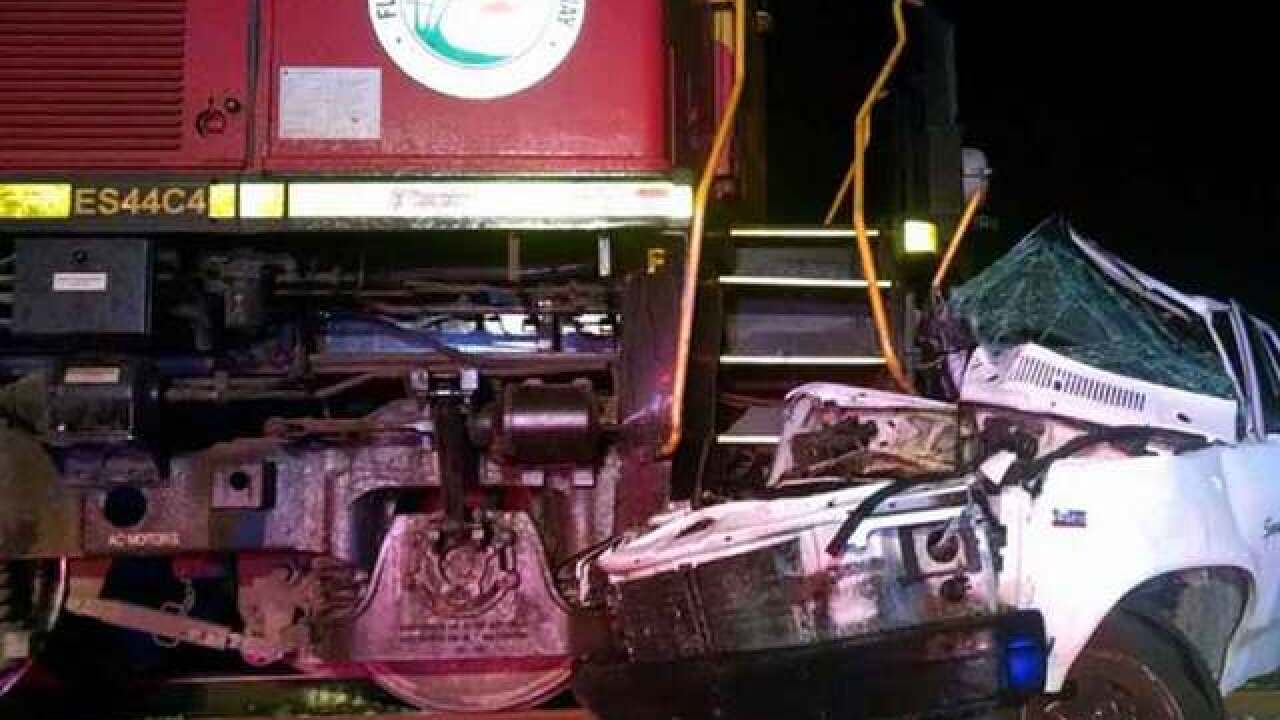 The Florida Highway Patrol said two people were killed after a vehicle and train were involved in a crash early Tuesday morning at SE Dixie Highway at SE Seaward Street in Martin County.

The incident occurred at 3:41 a.m. in Port Salerno.

FHP says a 1995 Dodge Dakota truck drove around the crossing gates and into the path of the train.

Both the driver, 51-year-old Michael Franklin Gearde of Hobe Sound, and passenger, 40-year-old Daniel Wayne Faulk of Port Salerno, were pronounced dead at the scene.

All train crossings from Indian Street to Cove Road were blocked earlier, but back open by 8 a.m., according to the Martin County Sheriff's Office.

The train is also moving again.