'They're doing everything they can,' said one business owner 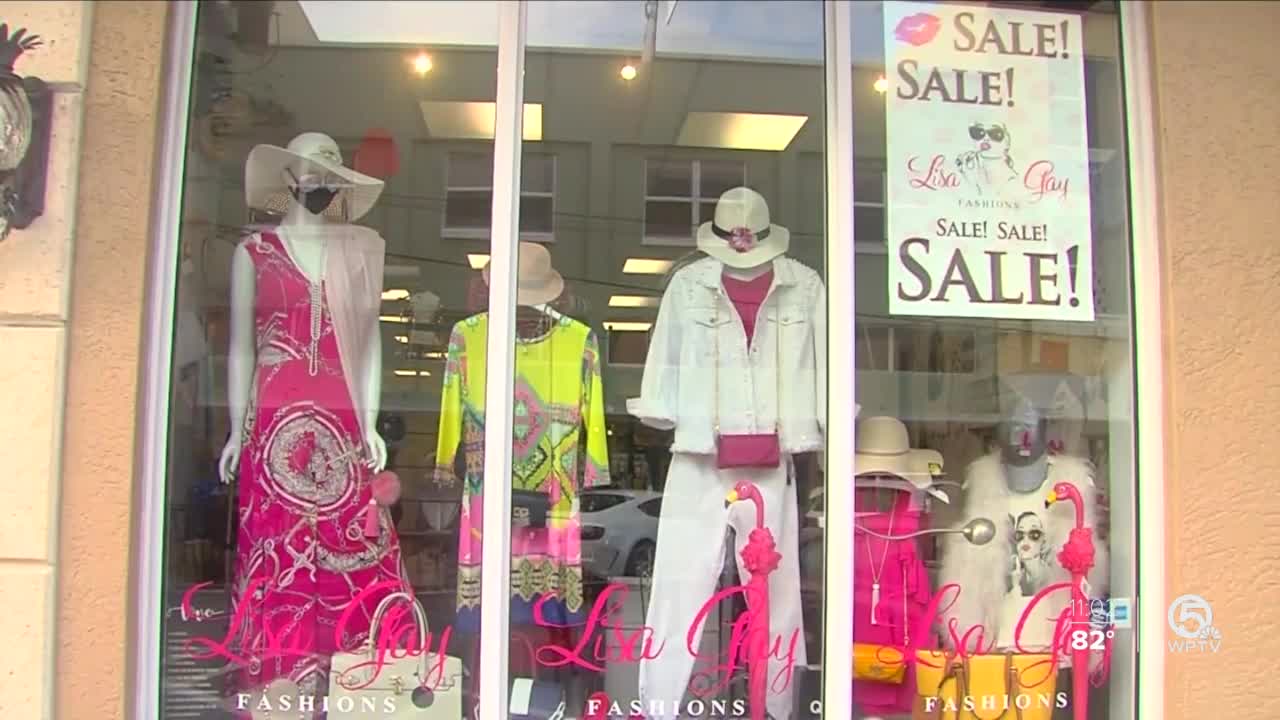 The City of Stuart has launched a new campaign called "We're Ready" to allow business owners to show what measures they're taking to protect customers from Covid-19.

STUART, Fla. — In downtown Stuart, businesses are still coming back, faced with a new normal.

Not all customers are ready to return.

That's why the city of Stuart is launching a new campaign called "We're Ready."

"I think they're doing everything they can, you know to get everyone to come back," said Geni Pippens, owner of Sandel Shack on Osceola Street.

Pippens reopened her doors for business on May 4.

"The first day was really busy," said Pippens. "I’ve had a couple customers that call me and ask me for a product, pay over the phone, and then I take it to them, to their car when they pull up. I’ve had that several times."

The new video campaign is aimed at helping local businesses show customers at home how they're taking measures to keep them safe.

"We’ve gone around to several businesses throughout the city and done video promos about what the business is doing to maintain safety and social distancing within the business so that our citizens feel comfortable to come back and patronize those businesses," said David Dyess, Stuart City Manager.

"The city and businesses work hand in hand, said Kevin Vakani, customer and small business owner. "We don't work without each other. The city is doing their part. I know the stores are doing their part. I just talked to a couple store owners and they're happy to have everybody out and getting back to what it used to be."

Pippens said when it comes to her store, she's doing everything she can to make sure customers feel safe.

"I wear a mask, and like I said I clean after every customer," said Pippens.

City officials have been going around to these businesses for the past month filming the promos and allowing owners to show measures they're taking.

They said more videos will be released over the coming weeks.