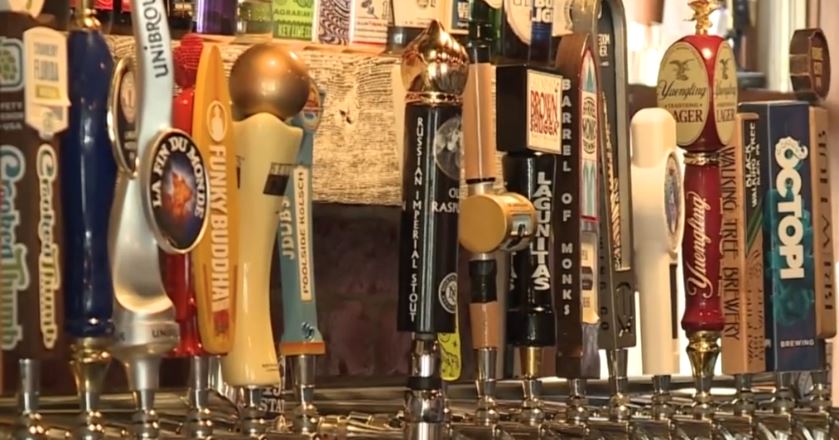 Some bar owners on the Treasure Coast argue current restrictions go too far and fear for the future of their businesses.

MARTIN COUNTY, Fla. — Various Treasure Coast bars and restaurants are trying to fight back on restrictions to alcohol sales that they claim continue to threaten their businesses and livelihoods.

The owners of Vine & Barley in downtown Stuart sent a letter to county leaders and Gov. Ron DeSantis to explain their frustrations with how the new restriction is impacting them.

"All businesses are essential," Mark Carbone wrote. "We just want the word out -- don't punish the good guys."

Carbone's son and bar manager, Eric Carbone, said they were following all of the regulations and guidelines before the restrictions.

"These businesses that do not follow the rules and never intend to should be shut down for a week or more so they feel the consequences of their actions rather than us," Eric Carbone read aloud from the letter.

RELATED: Bars in Florida can no longer serve alcohol for 'on-premises consumption'

Otherwise, Vine & Barley might consider consulting with an attorney to find other means of financial relief.

"We've paddled down that river," Eric Carbone said. "We're going to see what happens, but it's definitely something that we're thinking about."

"I'm not an attorney, but we're going to discuss things and get some legal advice and see where we go from there," co-owner Mike Denyes said.

He has not received any financial relief since taking a major hit to business.

His restaurant can still serve food, but alcohol sales are a big part of their sales.

"We're trying to keep everybody working as much as we can," Denyes said.