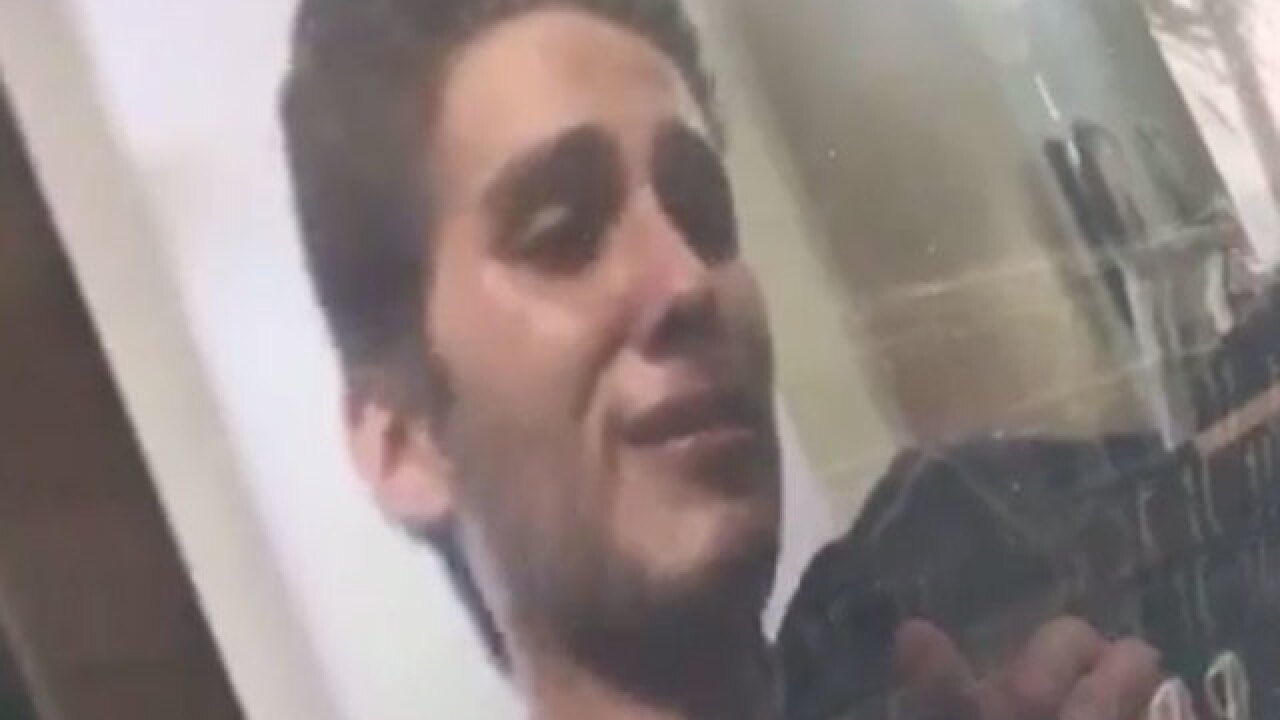 Attorneys for the accused "face-biting killer" are in Los Angeles Friday to fight for the full, unedited version of the Dr. Phil tapes.

The interview with the television host was conducted while Austin Harrouff was still in the hospital and before his official arrest.

The former Florida State University student is accused in the 2016 slayings of Michelle Mishcon and John Stevens.

Harrouff is also accused of seriously injuring their neighbor, Jeff Fisher, who tried to save them.

When Martin County deputies arrived to the scene, they reportedly discovered Harrouff eating the flesh of one of the victims.

While initially drugs were suspected, toxicology results later showed Harrouff wasn’t on any mind-altering drugs at the time of the attacks. Harrouff plans to use the insanity defense during the trial. His lawyers saying he “was suffering from a full-blown psychotic episode at the time of the charged offenses.”

In her pleading filed in a California court, Harrouff’s attorney Nellie King writes, “In serious cases like this one, the micro-examination of the defendant's behaviors is undertaken, fairly or not, in an effort to examine the thought processes that brought the defendant to the very moment, the very second, the alleged criminal act occurred. Everything becomes important.”

King goes on to note that early after the incident, Harrouff’s father, Wade Harrouff, did an initial interview with Dr. Phil in West Palm Beach while Harrouff was still unconscious.

However, King asserts in the documents that Austin Harrouff was never consulted about doing an interview himself. And she notes that he should not have been allowed to consent the interview because of his medical condition at the time.

She writes, “On or around October 1, 2016, without consulting Austin Harrouff in advance, Dr. Phil/CBS and Wade Harrouff hastily arranged for Dr. Phil to interview Austin Harrouff over a phone, utilizing FaceTime, in the hospital where Austin Harrouff was recuperating….Even if there were evidence of consent, no one has determined that Austin Harrouff was competent to render consent to the interview in light of his fragile medical and psychological condition.”

It was also revealed that Dr. Phil conducted the interview from his home and his producers called him off the tennis court when they set up the call.

CBS initially tried to fight the state’s subpoena for the video.  But the court ruled that CBS had to turn over the interview. It was shortly after that WPTV went to court to fight for the public’s right to see the video.

However, CBS turned over only 22 minutes of a one hour and 40-minute interview. Harrouff’s defense team has argued that even when CBS turned over the other part of the interview, there were still parts edited out.

Nellie King indicates in her declaration that she has been able to watch the unedited interview, however she notes CBS refused to turn over the copy.

King writes, in a portion of the interview that WPTV has yet to see, Dr. Phil appears to be “testing” Harrouff, asking him questions like, "Can you tell me what a ball is?”

King points out that she watched the production crew appear to gloat about the interview.  In the declaration she includes a quote from one of the producers saying: "Oh my God, I'm almost in tears over this. This is probably the best thing that could've happened to him, doing this interview."

King also notes that, “Dr. Phil chastises the staff, indicating "Are we working here? Stop making noise." Then: "Holy sh** guys. Give me one second..."

The hearing is scheduled for Friday at 8:30 a.m. Pacific in front of a California judge. It’s not clear when the judge will make her decision.