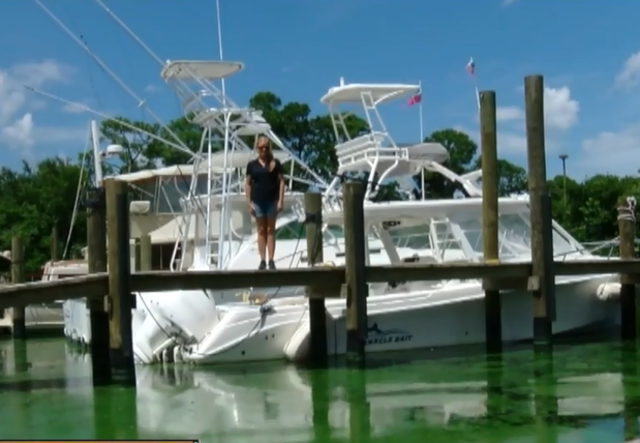 Martin County started sucking up algae out of the St. Lucie River Friday with a vacuum system that directs algae into a 500-gallon tank on a boat that will then be transported to the wastewater treatment plant. 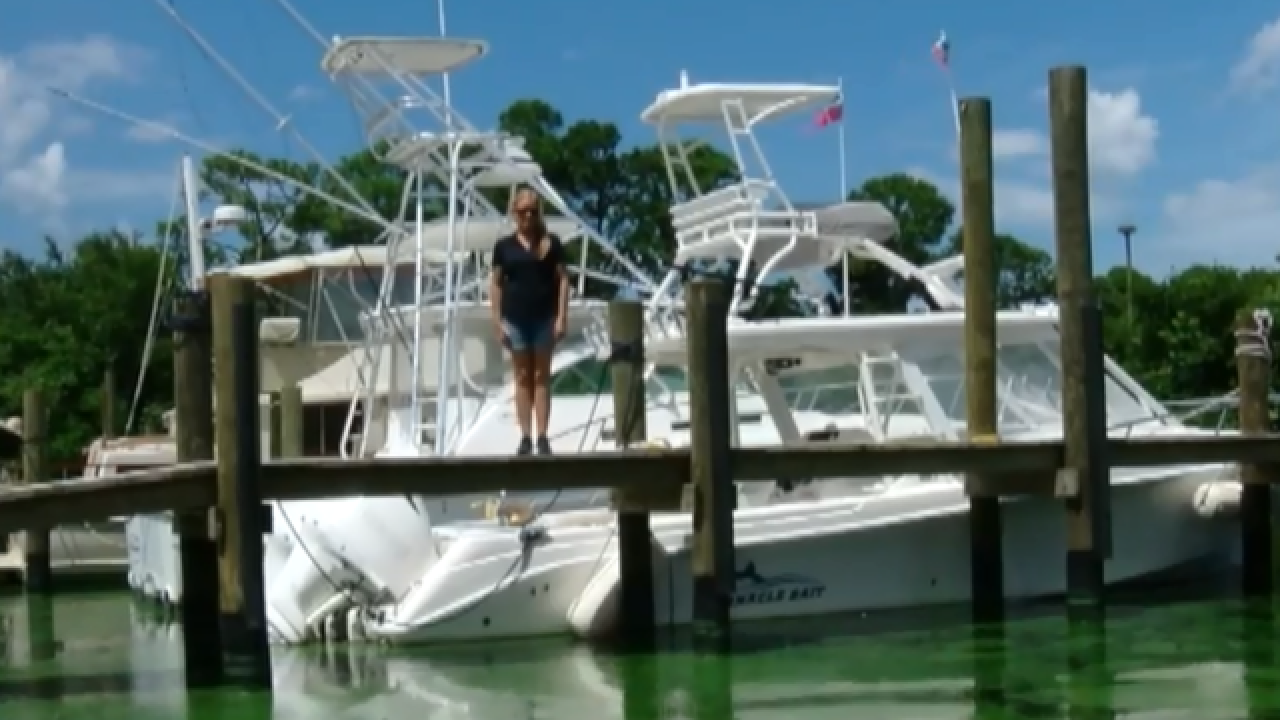 “I think we have to try," Mary Radabaugh said.

The marina was considered ground zero during the algae crisis of 2016. Radabaugh said the wind is pushing algae back in once again.

"Yesterday we started getting some of the big cake-like pieces that you're seeing in here today, so a lot of what's in here has actually gone out," Radabaugh said. “Unfortunately when that tide turns and comes back we may be in a really bad situation.”

Martin County started sucking up algae out of the St. Lucie River Friday with a vacuum system that directs algae into a 500-gallon tank on a boat that will then be transported to the wastewater treatment plant. AECOM is operating the algae cleanup efforts after Martin County secured at $700,000 grant from FDEP.

Radabaugh said the county has contacted her to help clean up what's building up in Central Marine.

"I think that it's a temporary solution," Radabaugh said. "It's something that alleviates the immediate uncomfortableness that the citizens and businesses are experiencing, but it is in no way a way to battle the situation of what we have going on."

Water quality activists looked on as AECOM demonstrated the vacuum system at a news conference Thursday.

Algae is showing up in various areas of the St. Lucie River right now. Hinkle found it floating in the water at Sandsprit Park Friday.

“If we don’t stop the source then we’ll be cleaning up forever," he said.

While people are demanding something be done, a vacuum for cleanup isn’t what Hinkle is counting on.

"It’s another band-aid solution," he said.

Radabaugh knows that too. She'd rather see the money spent to provide a permanent fix, but she needs relief from what's currently building up in Central Marine.

"Our other option is to do nothing," she said. "I would rather try than do nothing.”