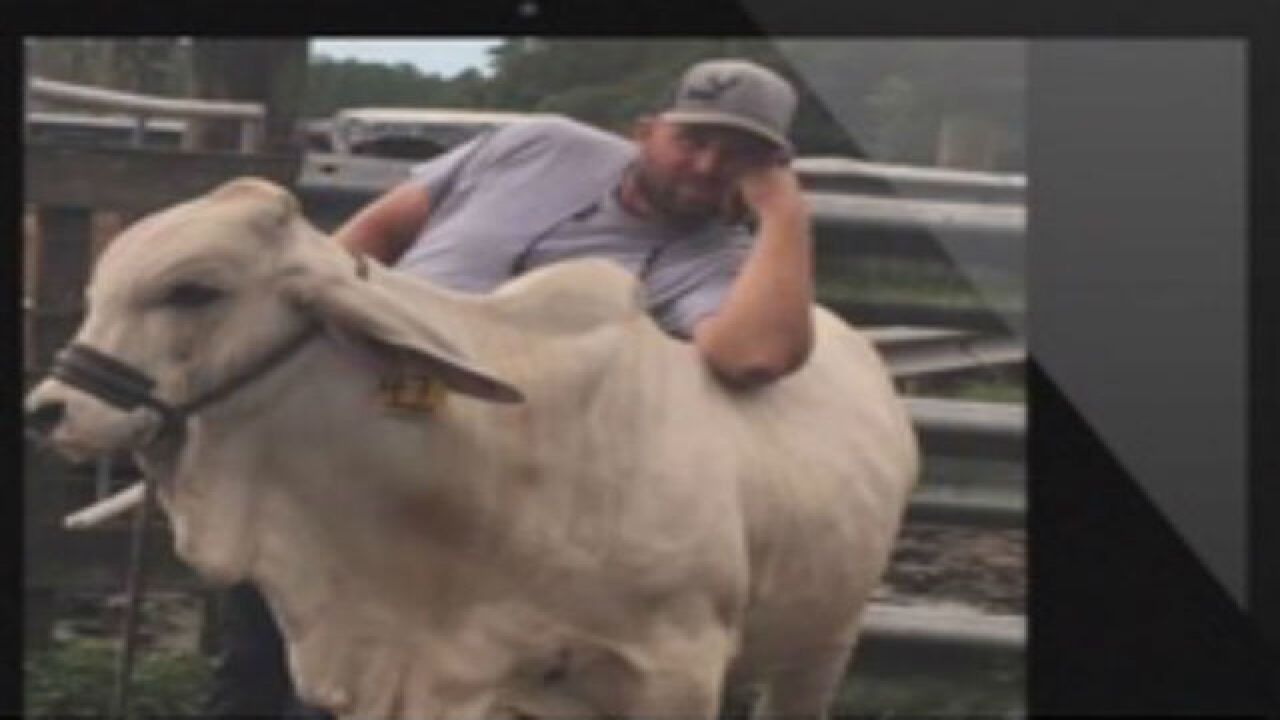 A Martin County rancher is hospitalized after surviving an attack by an out of control bull.

“I’m in Indiantown.. I’m pinned down by a bull," the call starts.  "I ain't got much time left.  He's got me pinned down," the rancher says, pleading for help Monday morning.

“We get a lot of 911 calls but I would dare say you’d have to go a long way to find one that had this drama and this intensity," says Martin County Sheriff William Snyder.

It may not seem very intense when you look at the peaceful grazing scenes out by Martin County Ranches, but Monday morning deputies were called out by a rancher in trouble who for some reason, faced the ire of an angry bull.

“The bull continued his attack on the rancher.  We know that at one point, the rancher stated by phone he didn’t believe he was going to make it," said Sheriff Snyder.

The rancher tells the dispatcher the bull had attacked him for about 30 minutes.  Eventually, a sergeant who arrived fired three shots, killing the bull.  The Sheriff says two things worked in the ranchers favor, he had his phone, and the attack happened on swampy ground.

“Softer ground the mushier ground managed to dispel some of that blunt force trauma from that bull," said Sheriff Snyder.

The rancher, identified as 24-year-old Justin White, told investigators the bull had stomped on his head and body.

White was listed Monday in serious but stable condition at the hospital.