Worth the cost? Winter weather washes away sand in Vero Beach just weeks after beach restoration 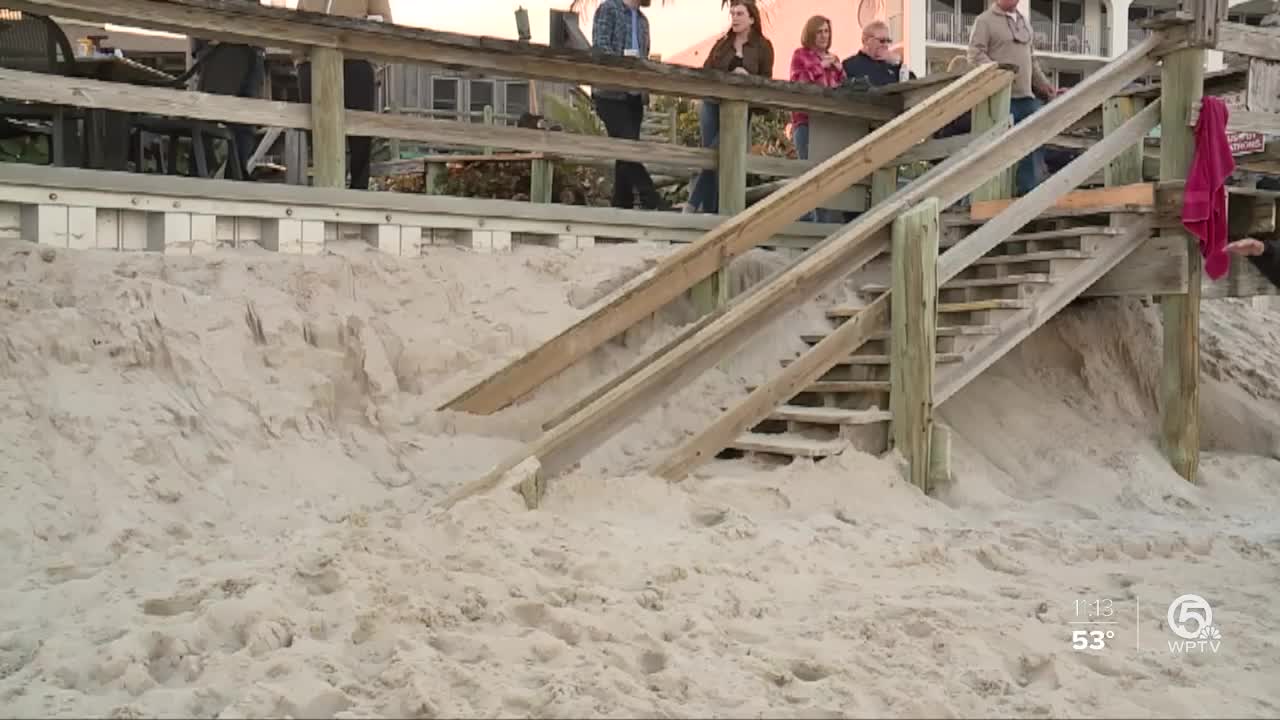 Some business owners in Vero Beach are noticing a shrinking shoreline and some are questioning whether the county's beach renourishment is worth the big investment.

Now, some beach-goers and waterfront business patrons are noticing a shrinking shoreline only weeks after the county spent millions of dollars trucking out new sand.

Olsen said he has been the General Manager for thirteen years and has learned how weather and seasons impact his beachfront dining view.

Now, he’s noticing a new 6-foot drop in the sand behind his restaurant that wasn’t there two weeks ago. He says the sand washed away.

“When the restoration went on, it was kind of an inconvenience because we couldn’t use the beach for about two weeks, which was longer than the sand lasted,” Olsen said.

Quintin Bergman, an Environmental Specialist in the Coast Engineering Division, said the county began the project in November, spending about $7 million to restore about 3.1 miles of the coastline.

"I think if anything it should be scaled back,” Olsen said.

Bergman explained if the county did not invest in beach renourishment, building up the best protective barrier for inland structures, the possible impacts on roads, businesses, or homes could be much more costly.

“If we don’t put that beach there and that dune there, we’re going to be replacing roads,” Bergman said.

Bergman cannot say exactly how much sand washed away but says some loss is expected every winter. In the summer, he says some of it will likely wash back up.

“We will wait until the summer to see how much sand comes back and then reassess,” Bergman said.