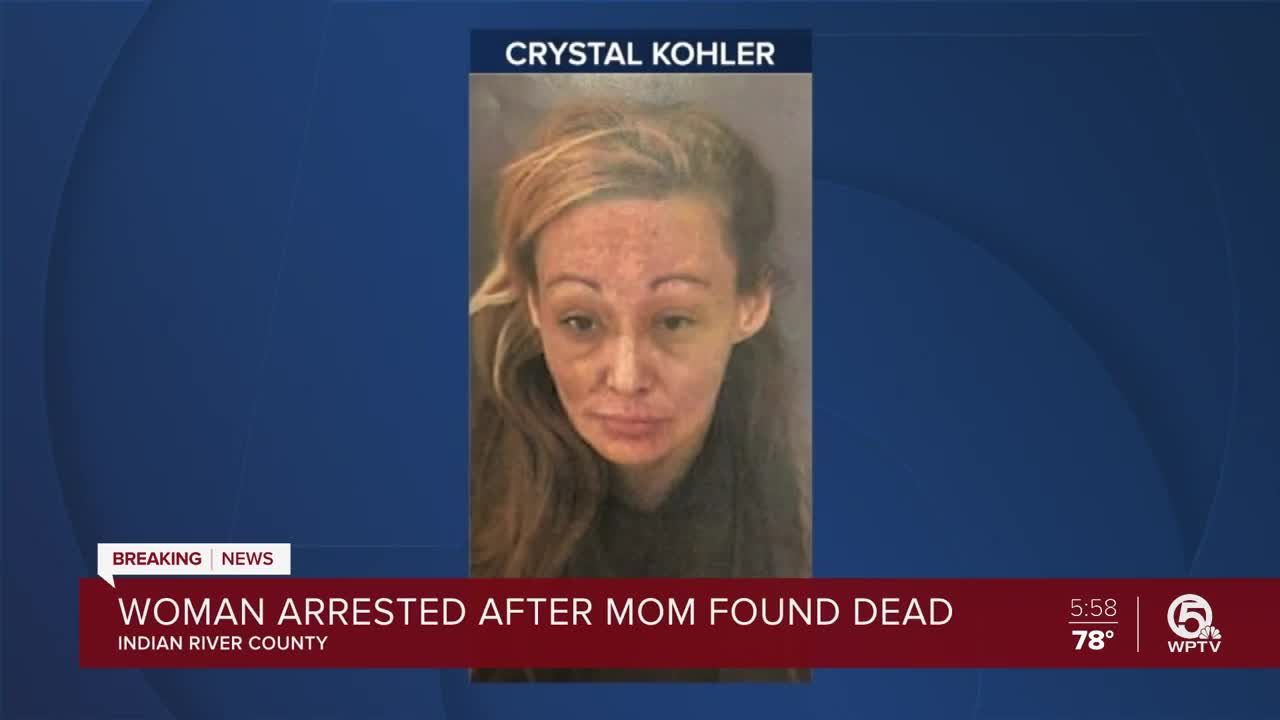 The adopted daughter of a missing woman who was found dead on Tuesday has been arrested in Vero Beach, authorities say. 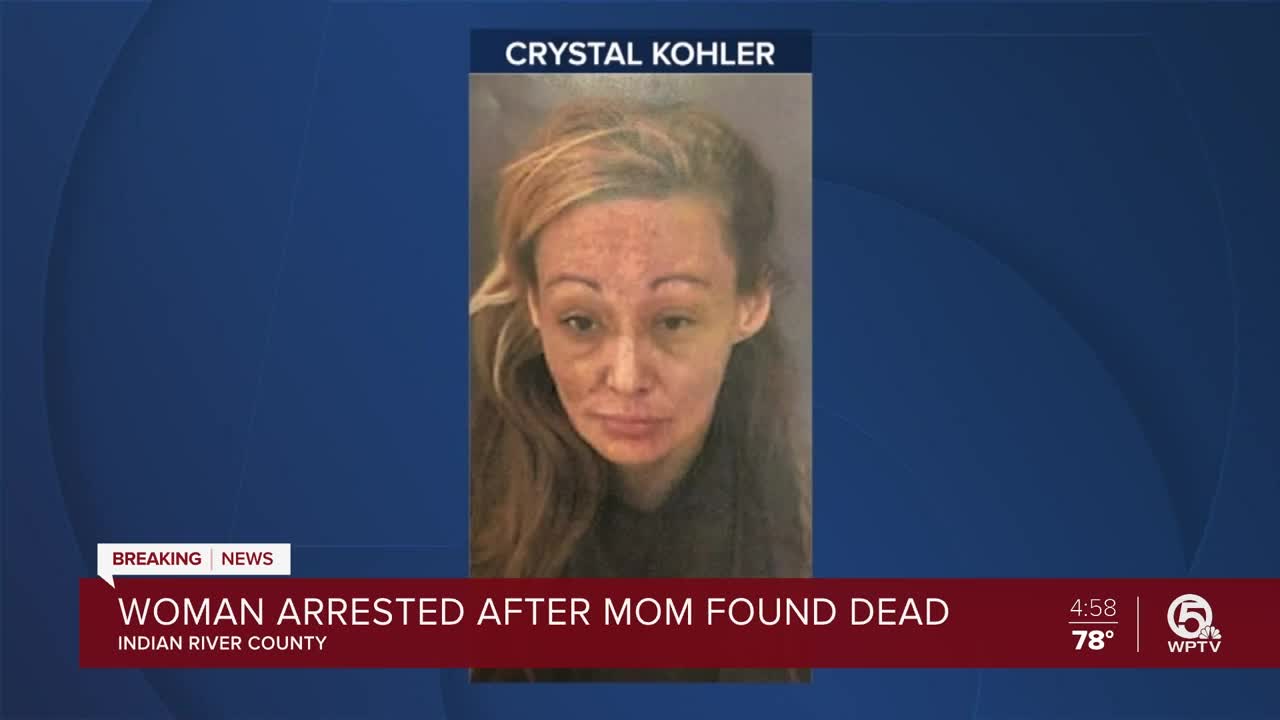 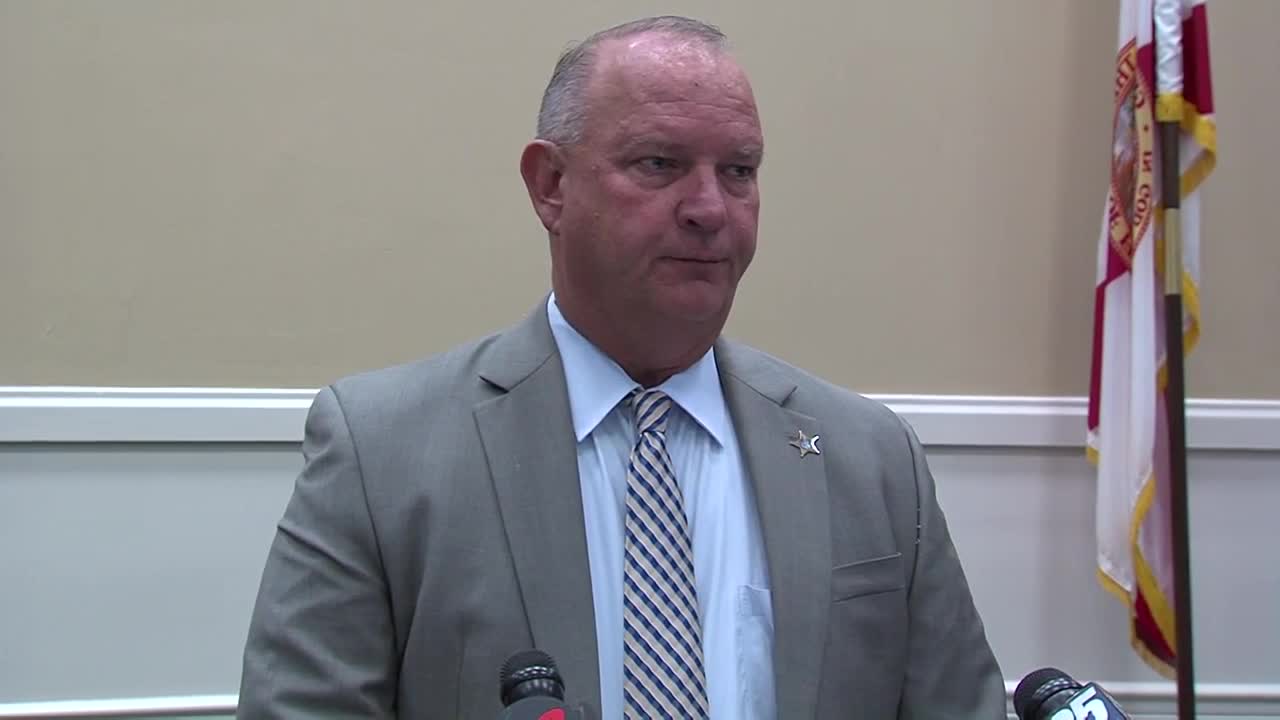 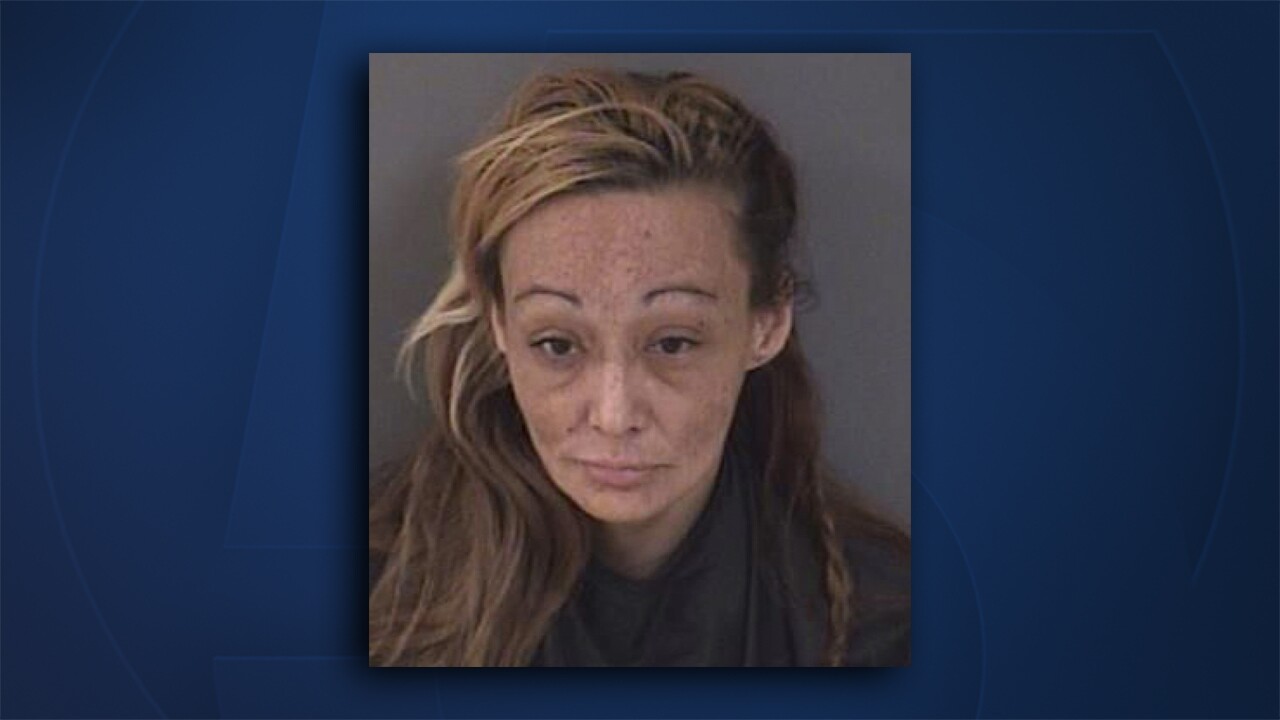 VERO BEACH, Fla. — The adopted daughter of a missing woman who was found dead on Tuesday has been arrested in Vero Beach, authorities say.

Carmelina Kohler, 81, was last seen by her husband on Monday around 11 a.m. The Indian River County Sheriff's Office said Kohler and her adopted daughter, Crystal Kohler, 38, were heading to a nail salon at 12th Street and U.S. Highway 1.

Deputies said Crystal returned home later in the day in Carmelina's blue van, but Carmelina wasn't with her.

Authorities said Carmelina's phone was found near 27th Avenue and Aviation Boulevard, an area that she had no reason to be.

"Late into the evening, our detectives were able to locate Crystal Kohler without being in the presence of Ms. Kohler, Ms. 81-year-old Kohler," Sheriff Deryl Loar said at a news conference Tuesday.

Loar said Kohler was in possession of cocaine, and was arrested on charges of grand theft auto and driving with a suspended license. She's being held in the Indian River County jail without bond.

The sheriff said deputies received information on Tuesday morning about the location of Carmelina's body. A crime scene unit uncovered her body in an undisclosed location.

"We have a person of interest, that we know who that person is," Loar said.

He declined to say if the person of interest is Crystal Kohler.

The sheriff said this is an isolated incident, and Crystal was the last one seen with her mother.

"It's an unfortunate situation," Loar said. "By virtue of what was on [Crystal's] possession last night, it leads us to believe it may have been a troubled relationship."

At this point, Kohler is not charged in her mother's death.

"There's some, a few hours that we're curious on what Crystal, in fact, was up to that could lead us to some other evidence, perhaps," the sheriff said.

If you have any information about Carmelina's death, you're asked to contact Detective Rebecca Hurley at 772-978-6240.