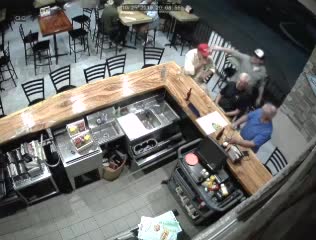 Surveillance video taken last month at a bar in Indian River County shows a patron at a bar, who is wearing a "Make American Great Again" hat, assaulted and later spit on. 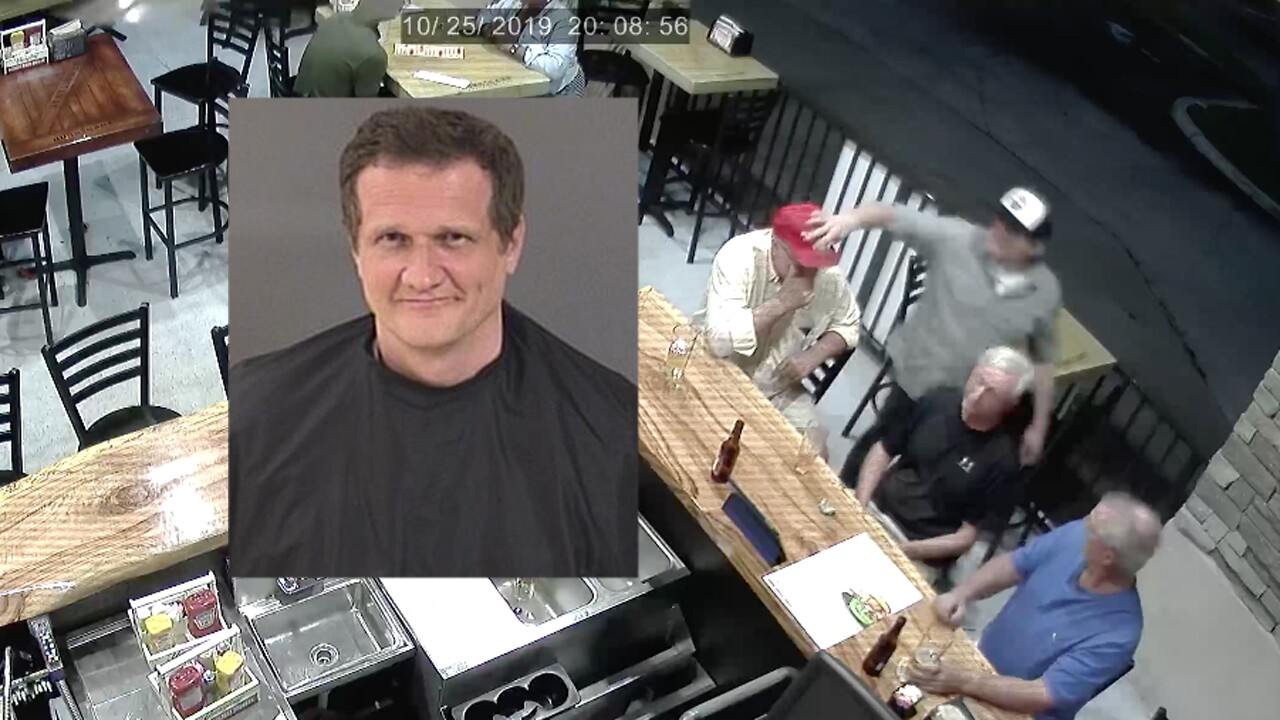 VERO BEACH, Fla. — Surveillance video taken last month at a bar in Indian River County shows a patron, who is wearing a "Make America Great Again" hat, assaulted and later spit on by another customer.

According to an arrest report from the Indian River County Sheriff's office, the incident occurred Oct. 25 at 8:10 p.m. at Hurricane Grill and Wings located at 943 15th Place.

The victim, Robert Youngblood, told the responding officer that he was sitting at the bar wearing his red "MAGA" hat when a man approached him and stated, "You should go back to Russia, you f*cking communist.”

After making this statement, surveillance video shows the man then slap the brill of Youngblood’s hat, later spitting on him while leaning over a gate and then leaving the scene.

Youngblood was able to copy the tag of the vehicle that the person drove away in.

The sheriff's office ran then tag, which led them to a home on Chardonnay Place SW.

When investigators arrived at the home, they spoke with a woman who said she and her husband, later identified as Matthias Ajple, 43, of Vero Beach were at Hurricane Grill and Wings earlier in the night.

The woman said she told her husband to tell Youngblood to "go back to Russia as a joke" but did not see the altercation.

Ajple was arrested and later told the sheriff's office, “I was just trying to protect you guys because I support law enforcement. Trump supporters are communist and racist.”

The arrest reports also states that Ajple said, “I don't even care that I’m going to jail. This is actually exciting, plus I have more time on this earth then he does anyway. He probably feels so good about himself.”

Ajple was placed under arrest and transported to the Indian River County Jail without incident. He faces a misdemeanor charge of battery. He posted a $500 bond and was later released.

On Jan. 9, Ajple was sentenced to 90 days in jail and must pay $155 to Youngblood, according to sentencing documents. He was also ordered to avoid contact with Youngblood and pay court costs.