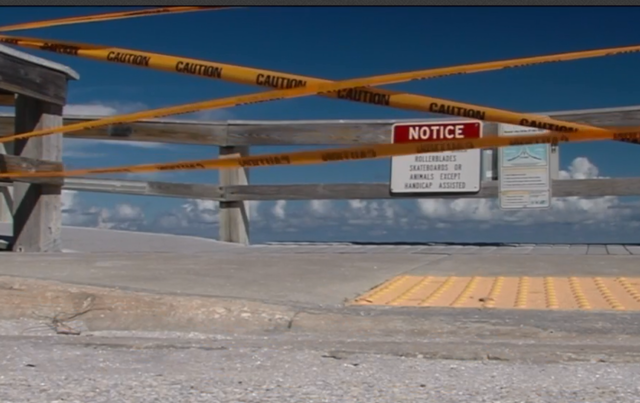 &lt;p&gt;Vero Beach remains closed because of Red Tide...and county officials say it will remain closed through the weekend.&lt;/p&gt; 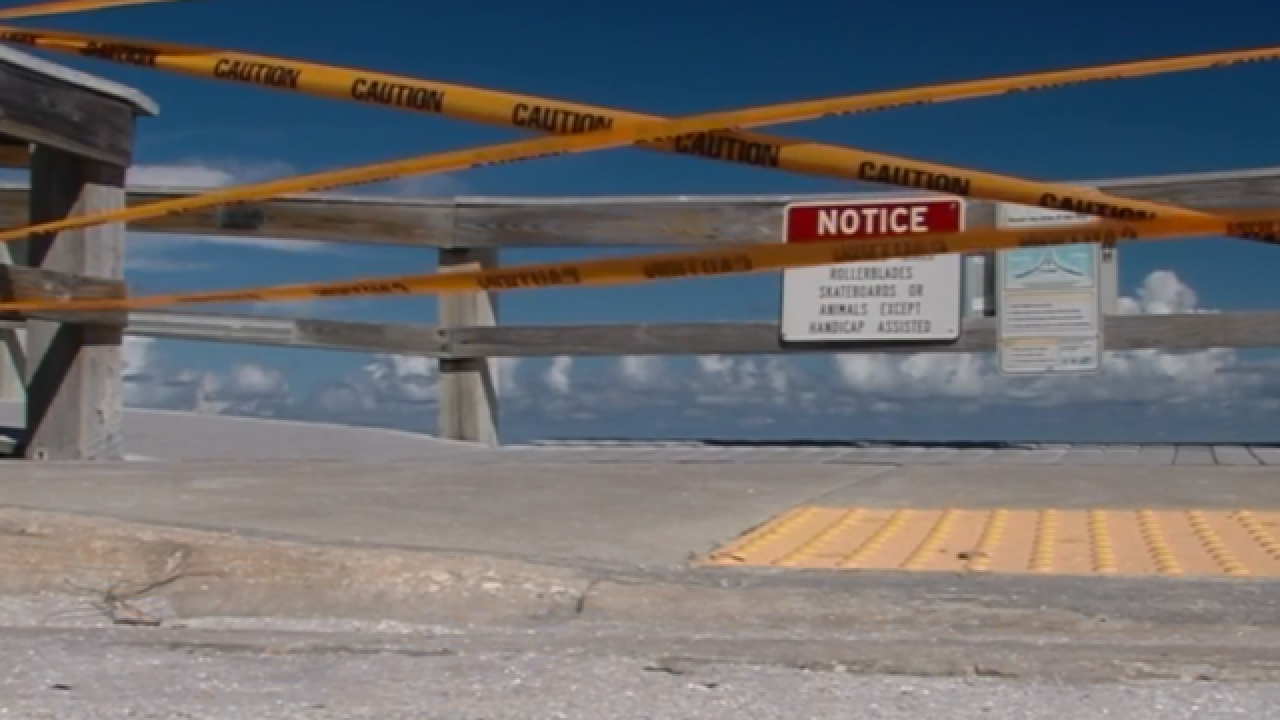 Orange caution tape blocked the entrances to most of the beaches in Indian River County Friday, which will remain closed through the weekend.

“I’m afraid to take a deep breath because I’m afraid if I got more in I wouldn’t be able to breathe, said Mark Tauscher, who decided to take a drive to see the ocean Friday.

But Mark and Tammy Tauscher said they barely made it out of their van before coughing.

Cheryl Millikan has lived in Vero Beach for 50 years, and she stopped by the beach to see if it was any better.

“It's really sad, it's never been like this so hopefully they do something about it,” Millikan said.

Scientists at Harbor Branch told WPTV samples taken Thursday still show high levels of Red Tide offshore in Vero and north near Sebastian. They also said it appears the current is bringing it back towards the Treasure Coast.

“I'm just surprised it's this bad because I can feel it in my chest right now,” Millikan said.

"I think we want our beaches back? that's what it's doing, it's robbing us of our beaches,” said Mark Tauscher.