A duck tale: Neighbors flock together to protect family of ducks 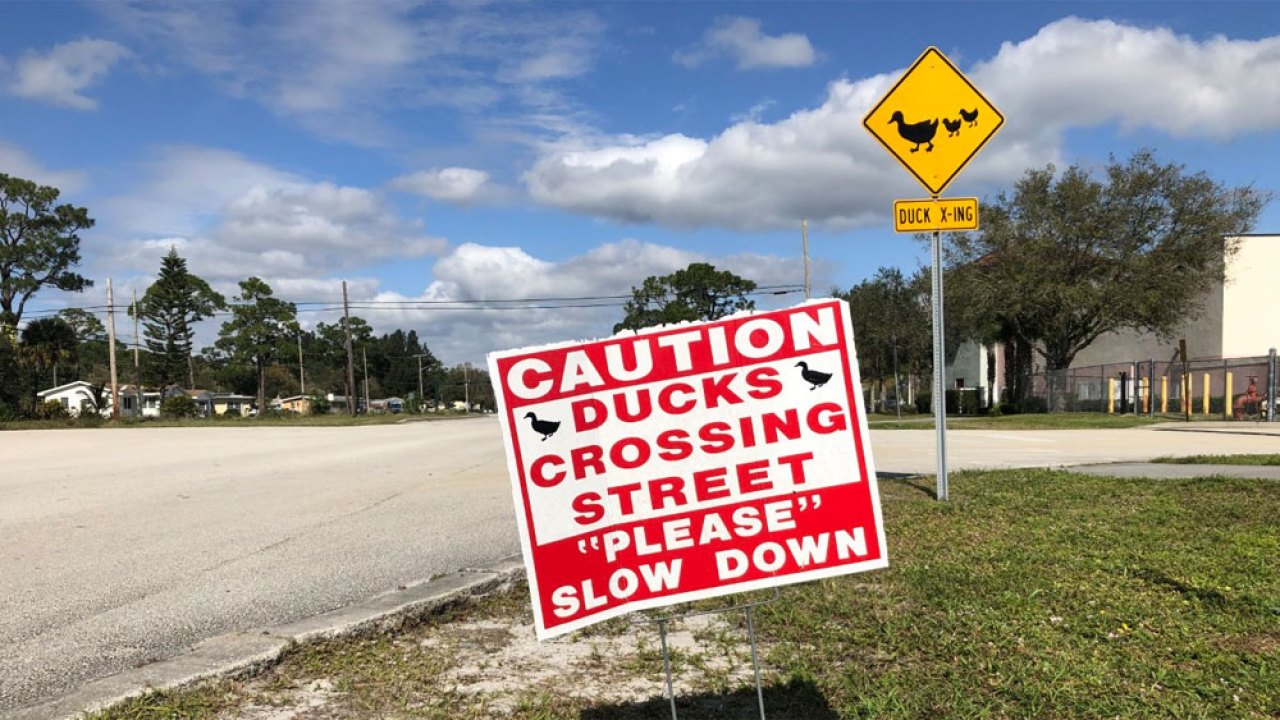 There's somewhat of a neighborhood watch forming in Vero Beach, made up of residents flocking together to protect a family of ducks. 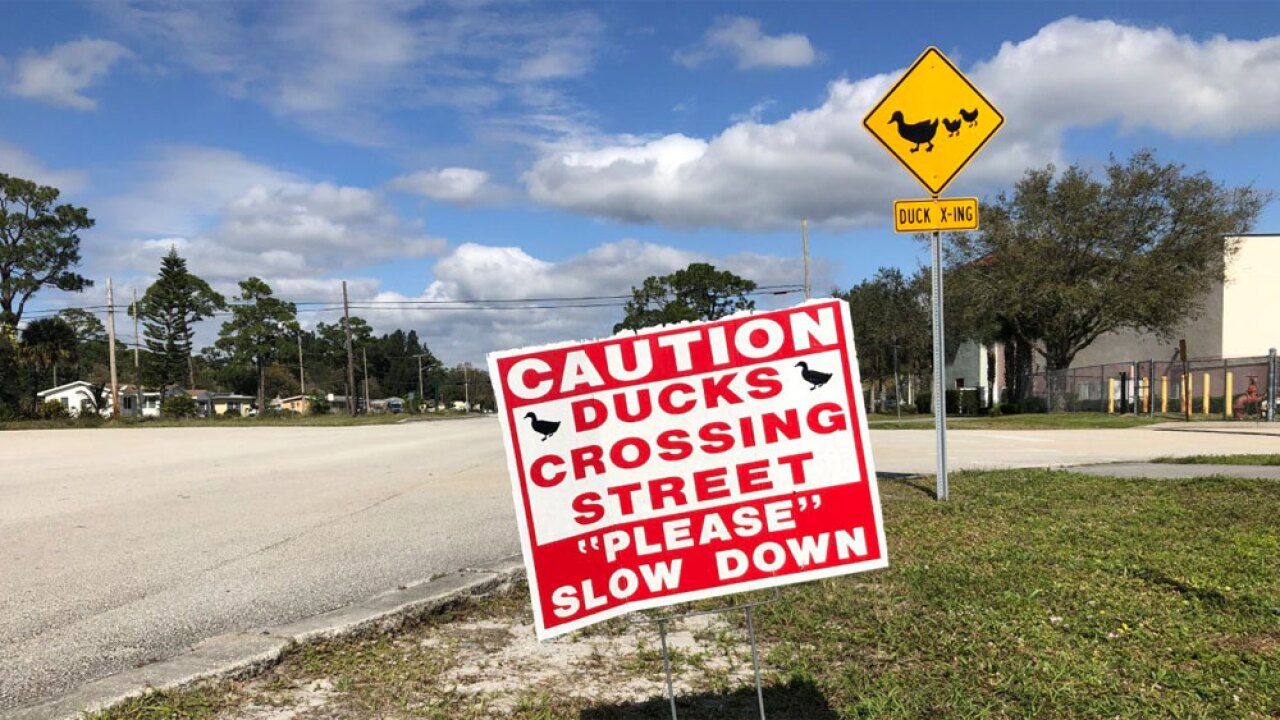 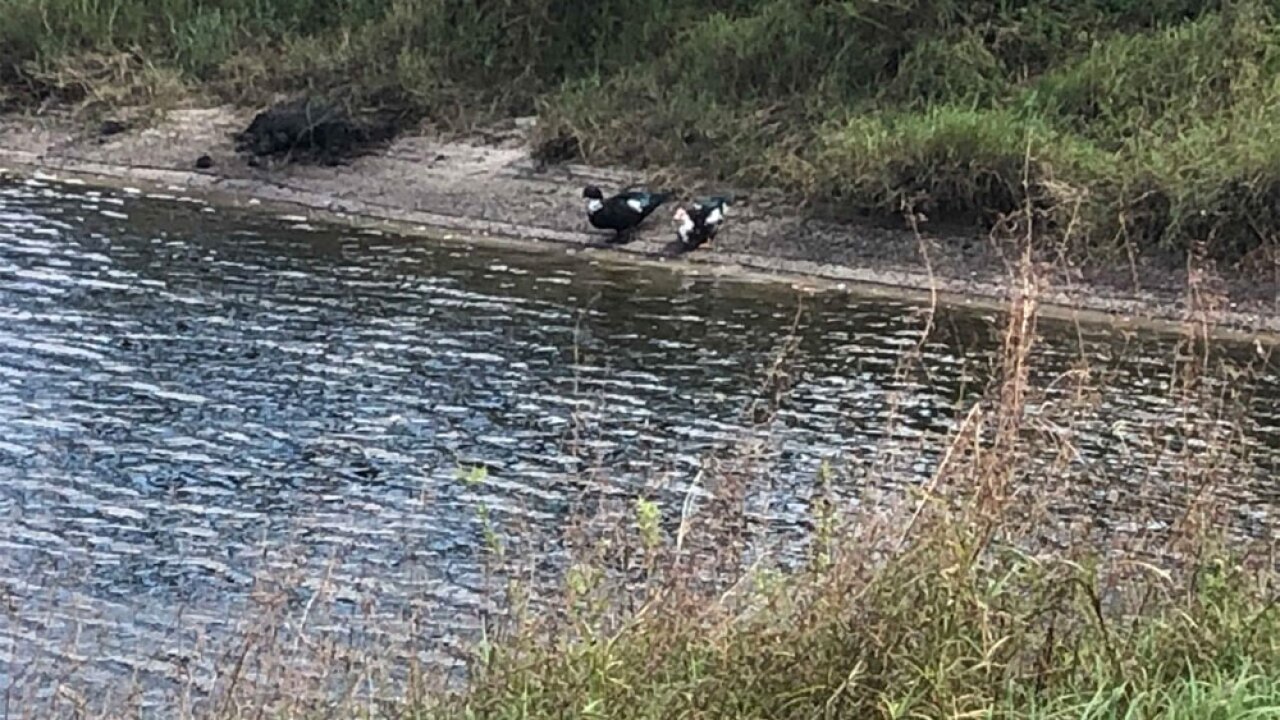 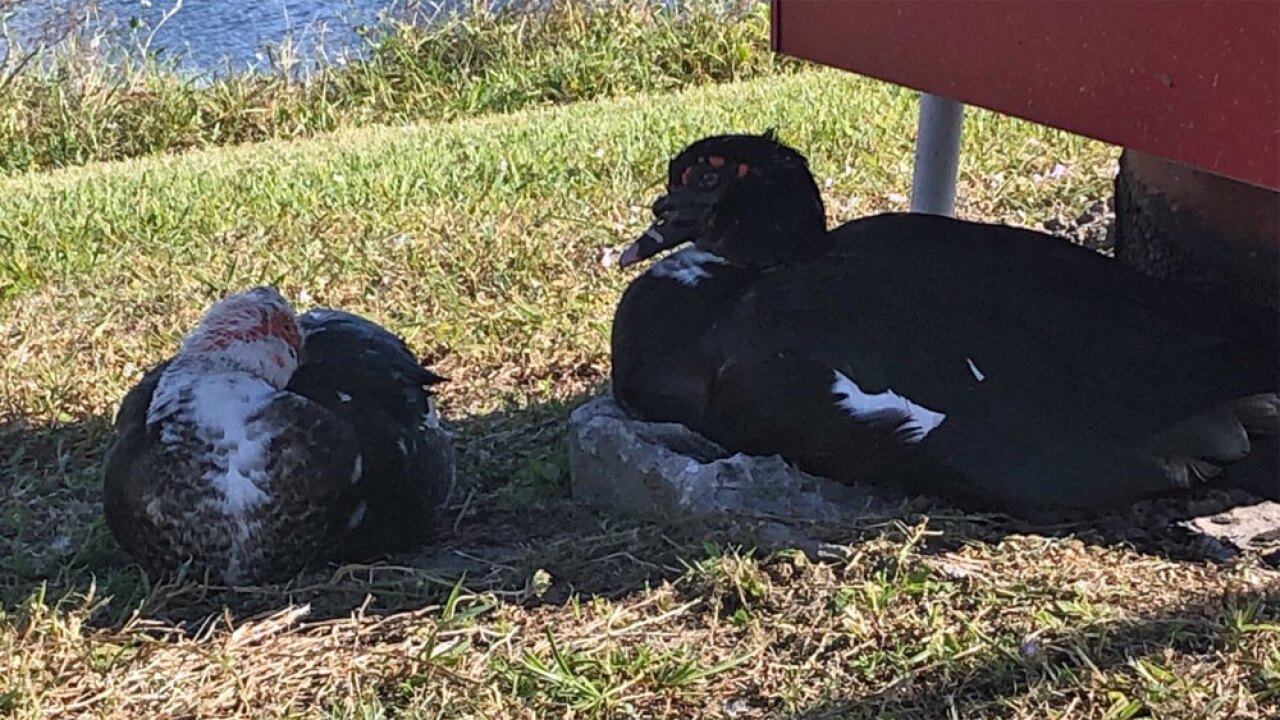 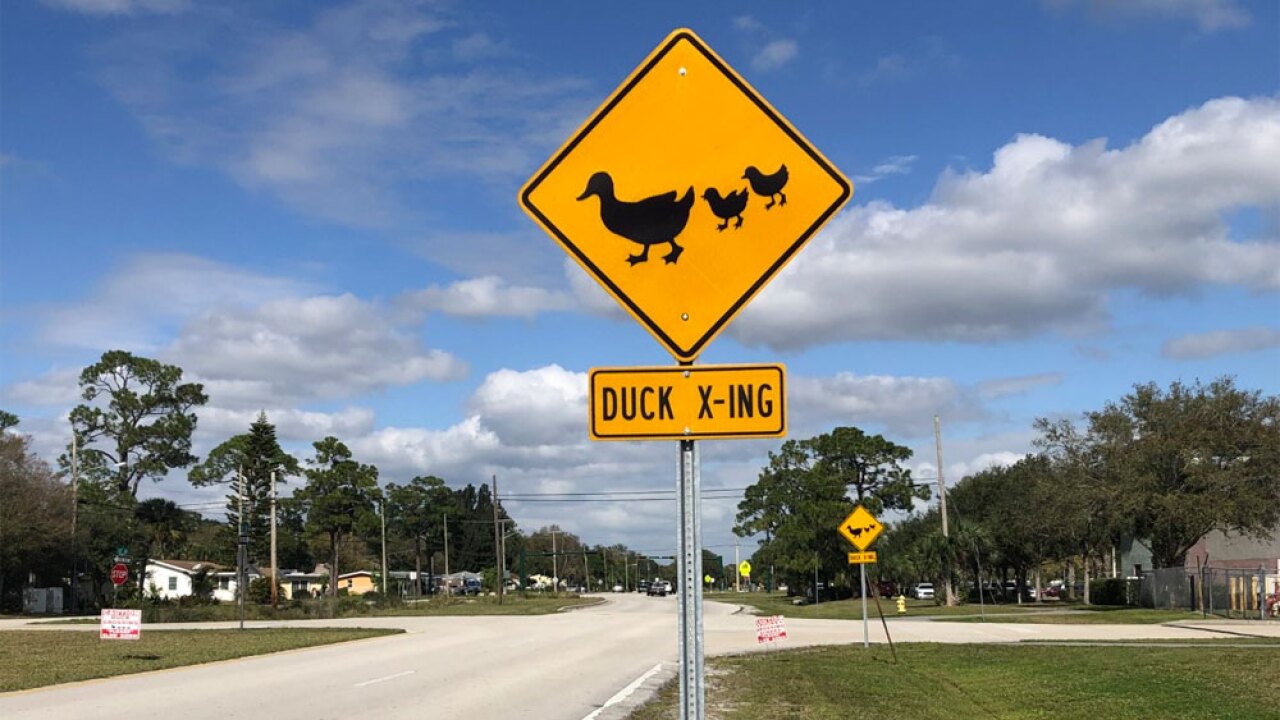 VERO BEACH, Fla. — This is no ordinary duck tale. There's somewhat of a neighborhood watch forming in Vero Beach, made up of residents flocking together to protect a family of ducks.

Neighbors say they started out with 12 ducks.

"When there was 12, they'd take quite a long time to cross. You just have to wait, be patient," said Peggy Schwey, who lives in Vero Beach.

Schwey said the number of ducks started dwindling and learned the family of Muscovy ducks living in a pond next to Vero Beach High School was losing members to speeding cars.

"We saw like a lot of feathers. I didn't see the car, but I guess somebody hit him," said Salvador Landin who lives across from the high school.

The group of neighbors refused to be sitting ducks. Schwey said the owner of Signs in a Day donated signs to slow down traffic. Then, the city stepped up.

"The city of Vero Beach actually put up the real signs, well, they are their signs, but we still keep ours there and we're down to 3 [ducks]," said Schwey.

Webbed feet and bumpy beaks, these not so little ducks have made a home in this neighborhood. Landin even took them in his carport during Hurricane Irma.

"We brought them in. We got a little room, we put food in it cause they were just staying right there like they were scared," said Landin.

Schwey said the ducks used to fly over the fence.

"Over the last couple of years, they've gotten pretty big," she said.

Now they waddle underneath the fence. Schwey has taken them under her wing to make sure they stay safe.

"My husband occasionally says 'Peggy, you don't really need to count them.' I say, 'yes I do, I have to make sure they're all there.'" said Schwey.

She and other neighbors just want drivers on 20th Avenue to slow down.