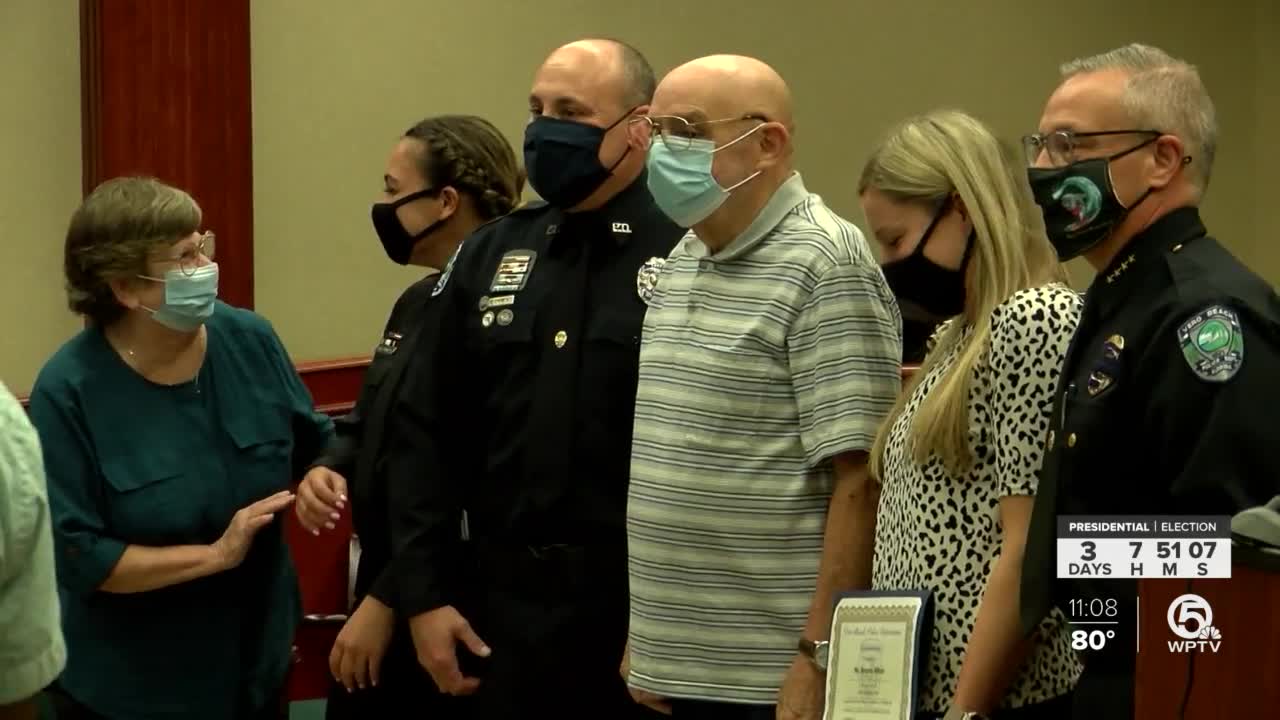 Two police officers and a principal from the Treasure Coast were publicly commended Friday by Vero Beach's top cop. 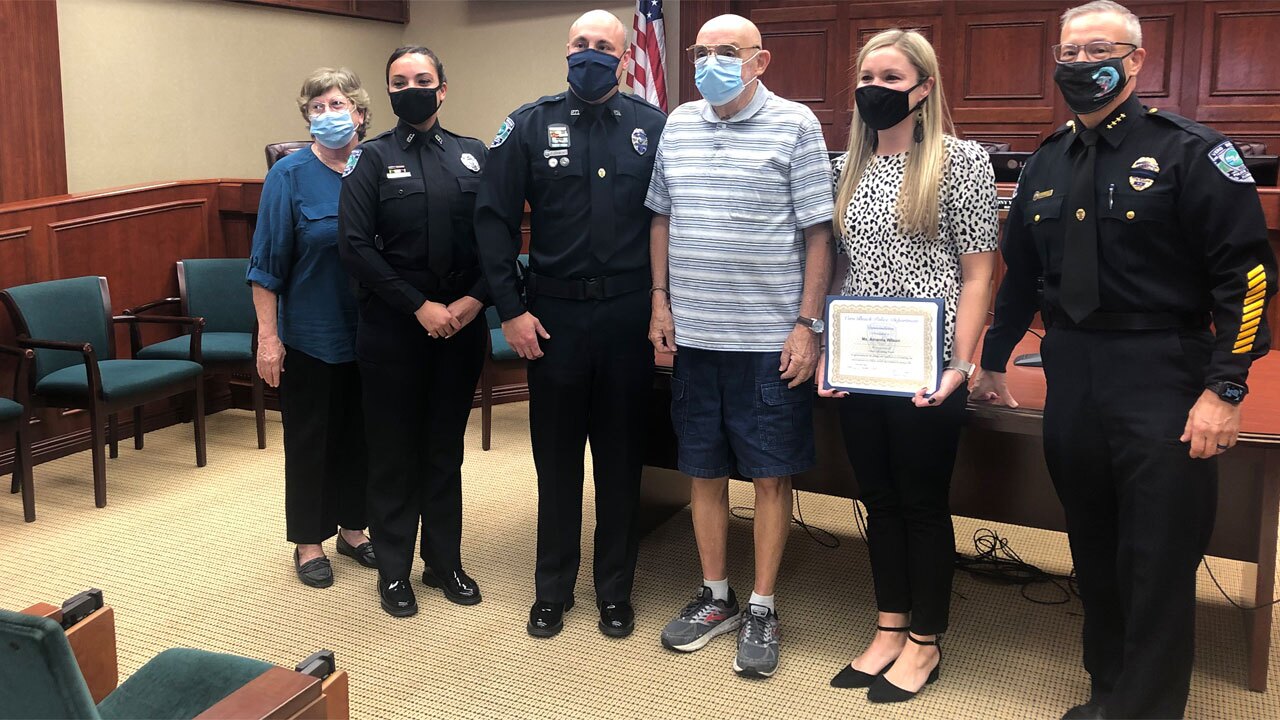 It stems from a life-saving emergency on the early morning hours of Sept. 20. It was a response that highlights the importance of "see something, do something."

Anthony Russo is an avid hunter and runner who hasn't let age slow him down.

"Apparently, I collapsed," said Russo. "I had (coronary) stents put in approximately eight years ago, and apparently they had clogged."

His fall caught the attention of a school principal en route to her own morning workout.

"He was unconscious, and he had a pulse," said Amanda Wilson, Renaissance Charter School at Tradition principal. "He was breathing a little bit, and so I called 911 and followed their lead from there."

Wilson performed CPR until the responding officers and medics arrived.

"It was probably only a few minutes, but it felt like hours," she said.

Vero Beach officers Chimenti and Marty were the first responding officers to arrive. They performed CPR using an automated external defibrillator (AED), which was all captured on dashcam video. Medical personnel arrived about four minutes later.

"You get focused, and you just focus on your training. You rely on it, and you do what you have to do," Chimenti said.

"That group of three, Amanda, law enforcement and EMS saved his life, and gave him the best chance of living, but also the best chance of recovery," said Chief David Currey, Vero Beach Police Department. "Because the quicker that muscle starts acting and performing -- the better it's going to be."

Russo said that's the reason his heart failed on that morning, but he's grateful for the heart of strangers.

"They were tremendous," Russo said.

Vero Beach police presented Wilson with the Citizen Life Saving Award on Friday during the official ceremony. Wilson's message to the public is to "treat others how you would like to be treated."