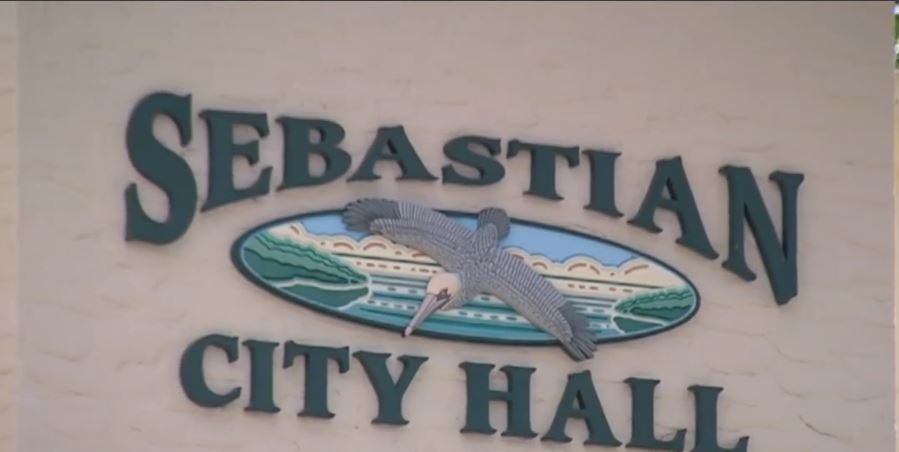 Who is the Mayor of Sebastian? Right now, two men are saying they hold the title.

SEBASTIAN, Fla. — Who is the mayor of Sebastian? Right now, two men are saying they hold the title.

Because of the controversy surrounding that decision, residents claim they sent so many emails to city leaders asking them to postpone the meeting, that the inundation of emails froze the city's server.

Residents said they wanted to be able to show up in person to speak about the issue, not virtually as required for coronavirus social distancing.

The city manager decided hours before Wednesday's meeting to postpone it to a later date in May.

But, three council members still showed up to the canceled meeting.

Dodd said the three council members -- Damien Gilliams, Charles Mauti, and Pamela Parris -- used their own keys to get inside the closed City Hall building to hold an illegal meeting. The doors were locked behind them, Dodd said.

There was no public notification that any council members were still meeting, which is a potential Sunshine Law violation.

Sebastian police and the state attorney's office are investigating.

Gilliams told WPTV NewsChannel 5 it was merely a coincidence all three council members still showed up to the meeting. Because they met a quorum, they decided to go ahead and vote on removing Dodd from his position, and Gilliams was selected as the new mayor.

Gilliams said several of his supporters were inside the meeting recording video with their cellphones that will be released to the public.

"It's not right in no way, shape or form," said Sebastian resident Cathy Cheshire.

"The attention of most people is on the COVID-19 disaster…I believe [Gilliams] feels he can get things done outside the public view, under the radar so to speak, without being challenged," Goodfellow said.

"That meeting was not authorized or properly noticed, and members of the public were prevented from entering the chambers and from participating," he said. "Any and all action supposedly taken at this secret meeting is void as a matter of law. At this point, in spite of the actions of these three council members, I remain the city mayor of the city of Sebastian. We will be vigorously pursuing all legal remedies available against these three individuals."