Ousted council members say he will fight charges in court 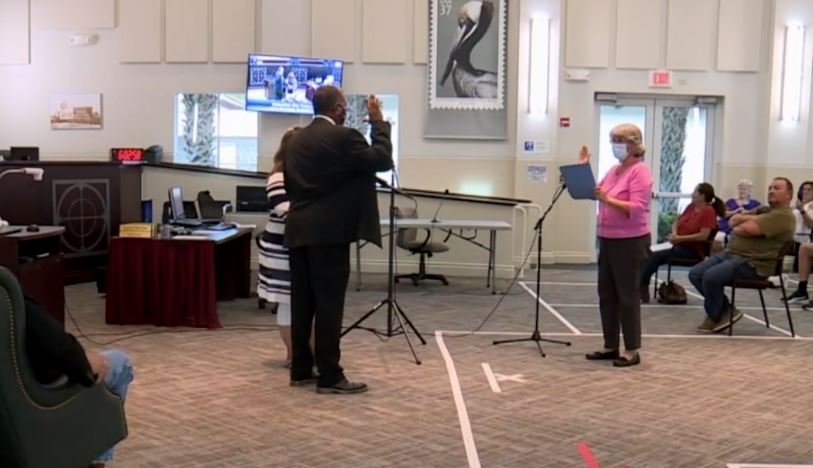 This comes after a recall election on September 15 when three city council members were ousted for holding what the State Attorney's Office called a secret meeting.

The three new members of the council include Christopher Nunn, Fred Jones, and Bob McPartlan, each of which received over 2,000 votes.

"Our city needs not only time to heal from what we've been through but time to move forward," said Nunn. "We have a lot to get accomplished."

Nunn helped organize the recall efforts against Damien Gilliams, Pamela Parris, and Charles Mauti who are accused of trying to fire Mayor Ed Dodd along with the city manager, city attorney, and the city clerk.

Flynn said he tried running in the recall election but lost. He's hoping that after Wednesday's swear in that things will return to normal.

"[I'm] proud that the city can get back to work to help people and that all the hours of work that we put in really came to fruition," said Flynn.

When asked, Nunn said he hopes to bring four pillars with him to the council.

"Partnership, accountability, transparency, and honesty," said Nunn. "Honesty is such a simple, simple thing that it should be expected of all of our government officials."

Gilliams said he feels as if he has done a great job on the council and that he plans to fight both the perjury charge and sunshine law violations next month when he expects to go to trial.