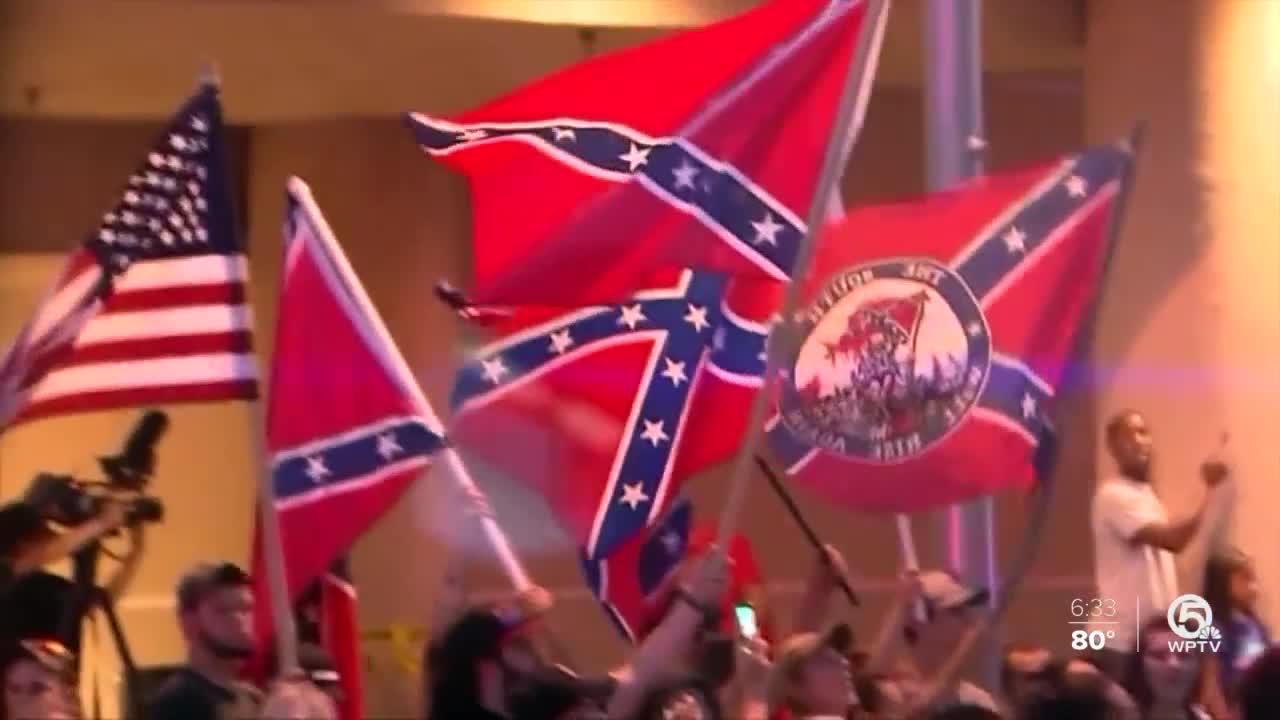 Dozens of people, including former students, parents and community members, spoke in support of banning the Confederate flag from school campuses and school-sponsored events.

No one spoke publicly in opposition to the ban.

Merchon Green, chairman of the school district's Equity Committee, explained this is something the community has been urging the school board to do for years.

"If NASCAR can ban the Confederate flag, surely the School District of Indian River County can," Green said.

She explained that board members in 2017 considered a ban, but due to concerns over freedom of expression, a ban never made it on the books.

Many agreed Tuesday night that students' sense of safety and equality in school was more important than freedom of expression through the Confederate flag.

This comes after years of issues related to the flag on school campuses. In 2015, cell phone video captured a student ripping a Confederate flag from another student's truck, which prompted an investigation.

In 2017, the NAACP got further involved when fliers were passed around a school with offensive comments, such as stating "the south will rise again." Social media posts were shared by students teaming up to wear Confederate flags to school, intimidating other students, according to the NAACP.

School board members who were not on the board in 2017 said they did not understand why this was still being discussed in 2020 and gladly supported the ban.

Superintendent Dr. David Moore said he supports taking this further than a code of conduct change. He would like to see a board policy on the books, which would not have to be revisited every year.