Red tide found in other locations in Indian River County 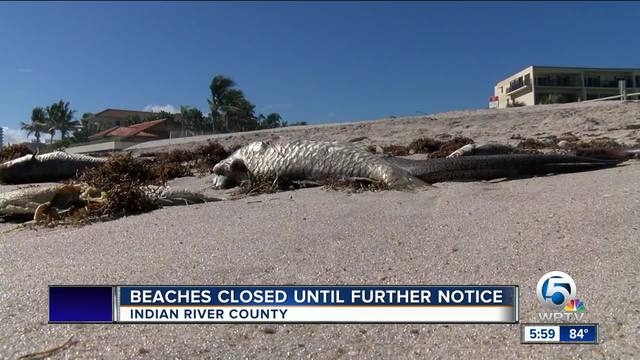 Most beaches in Indian River County are closed until further notice due to high levels of red tide. 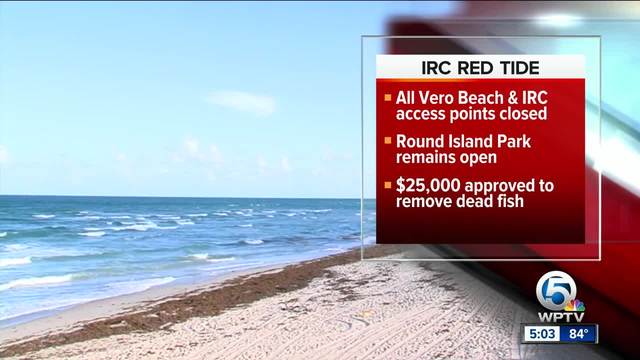 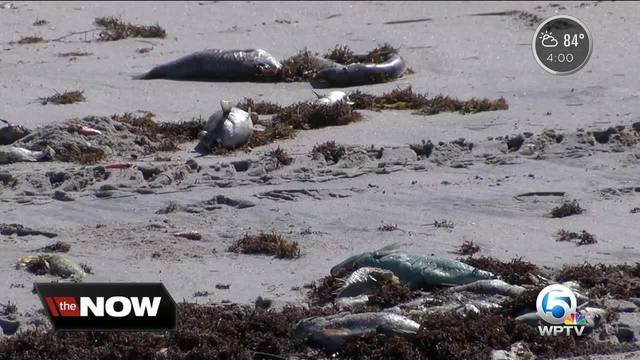 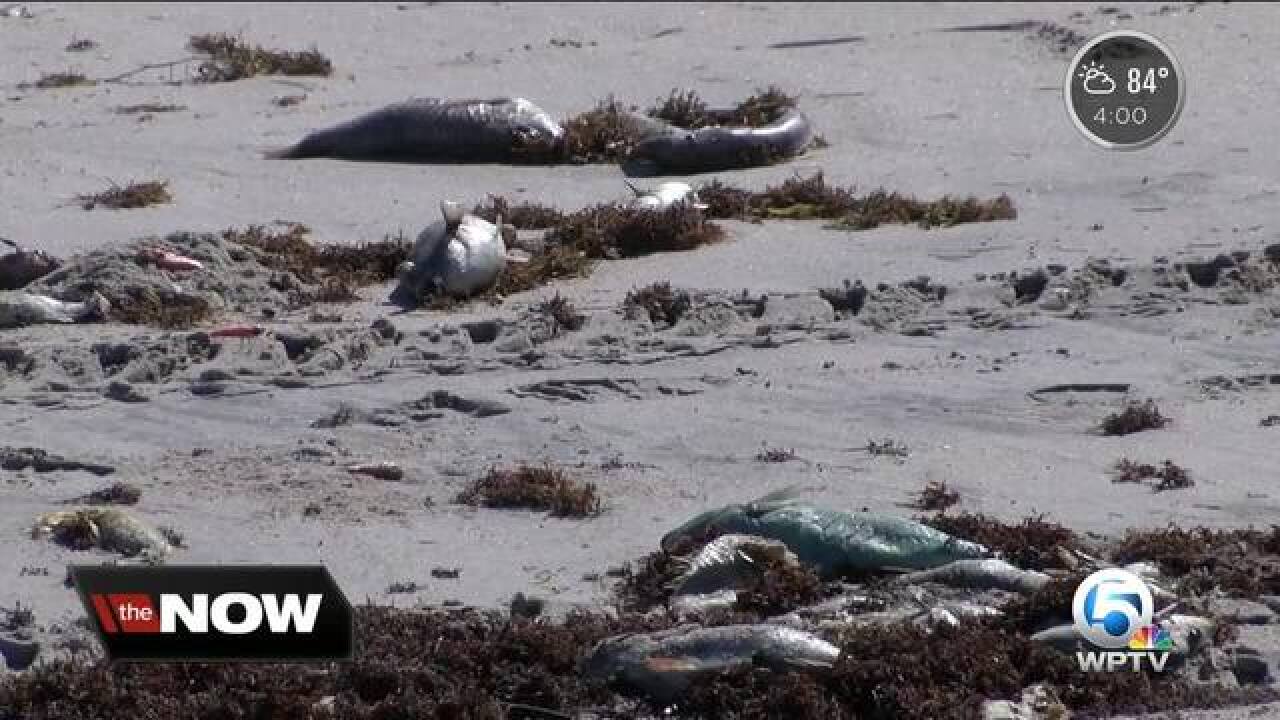 New test results Wednesday from the FWC show low levels of red tide in the Indian River Lagoon off of Sebastian and at the Sebastian Inlet Boat Ramp.

Four other samples, two south of Sebastian and two in Brevard County by Micco, Florida, did not show any red tide.

In Vero Beach, some residents wore masks Wednesday.  Beaches were closed throughout the county because of the presence of red tide.  A trail of dead fish could be seen for miles.

Steve Smith among a crew of Vero Beach city workers at Jaycee Park picking up the fish.

“It's not good at all. I see a lot of angelfish, parrot fish. There’s a big mutton snapper right there," said Smith.

“We’re stewards of the beach whether we’re saving lives or helping to clean it up, that’s our job," said Eric Toomsoo with Vero Beach Ocean Rescue.

At the end of Jaycee Park, Dan Culumber has kept the Seaside Grill open, as he has nearly every day for the past 27 years.  He says he’s actually had very few complaints.

“Probably had this week three tables that came and said too nasty out but I get a number of regulars who come no matter what," said Culumber.

“I would expect as it progresses up the coast that you'll probably see it in a particular area for three to four days," said Dr. Jim Sullivan, the Executive Director with Harbor Branch Oceanographic Institute.

The Florida Department of Health says if you have any respiratory issues, you should stay clear of the beaches for the next two to ten days.

Beach access points in Indian River County and the city of Vero Beach, with the exception of Round Island Beach Park, will be closed until further notice.