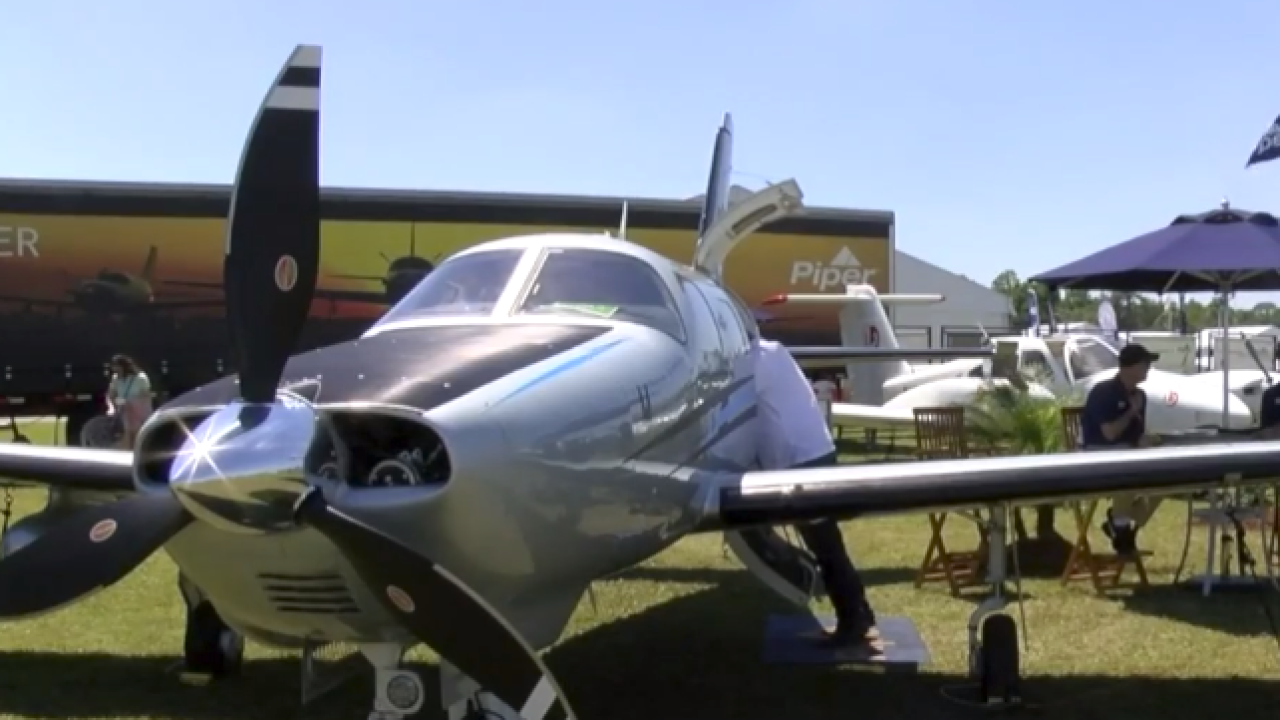 LAKELAND, Fla. — At the SUN N’ FUN Fly-in’ in Lakeland, there’s a lot of looking up.

“The strategy has been to build stability for the company because it does go through a lot of ups and downs so what we’ve been doing working with all of these flight schools is to build a backlog for the business," said Caldecott.

Caldecott says 700 aircraft in all are on order through 2025.

Beyond the new order, is a new plane. The hope is that the new Pilot 100 and Pilot 100i aircraft will expand the company customer base.

“We believe it’s going to drive significant demand from the flight schools which will maybe create more jobs at Piper but certainly give us stability for many years to come," said Caldecott.

Piper currently has just over a thousand employees in Vero Beach, its highest level in 10 years.

The company is looking to train the next generation of employees through an apprenticeship program that starts this summer.

“The latest Boeing forecast is that over 700,000 pilots will be needed over the next 20 years," said Caldecott.

Piper wants a hand in getting many of those trained.