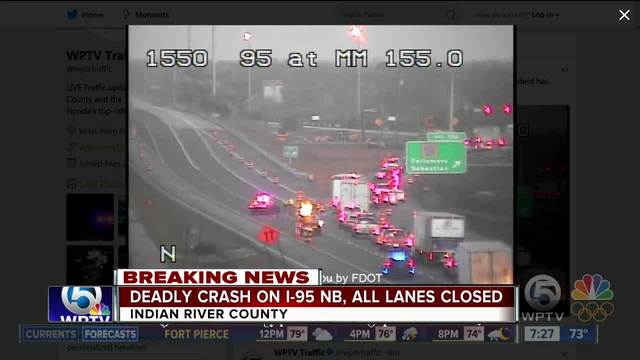 Fellsmere police said a person was killed in a crash Tuesday morning on Interstate 95 northbound. 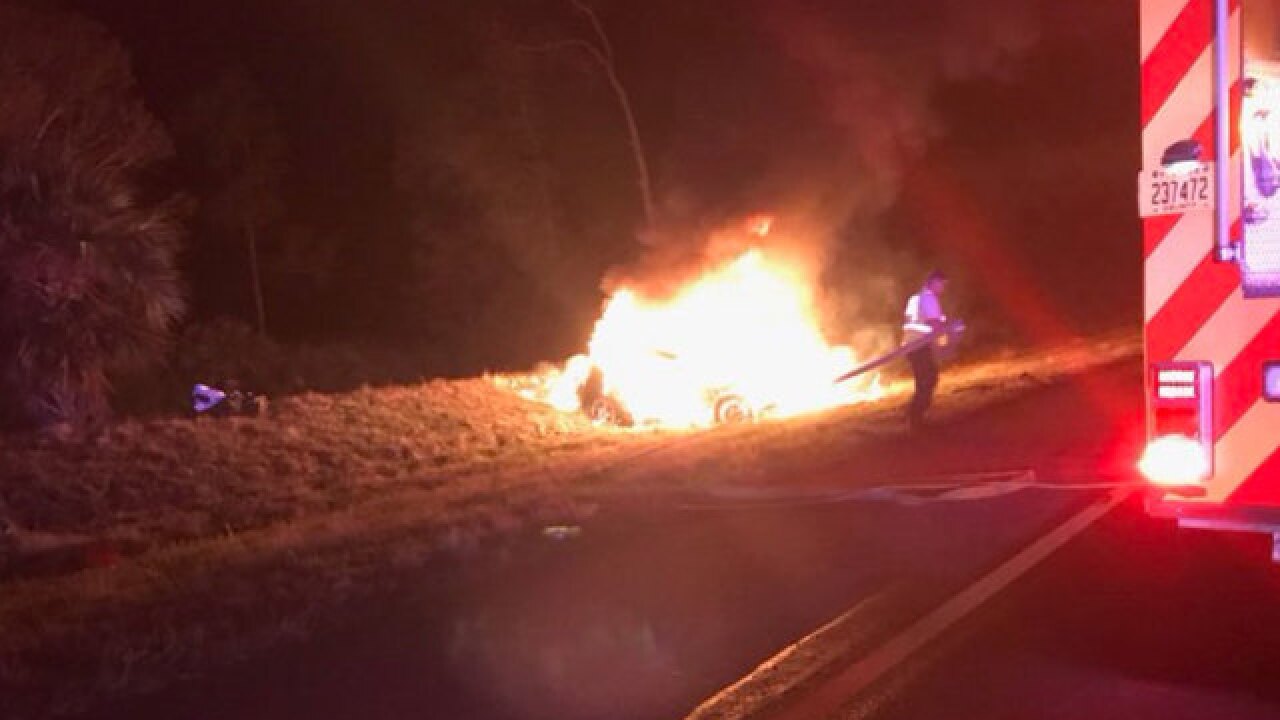 The Florida Highway Patrol said a 53-year-old man was killed in a five-vehicle crash Tuesday morning on Interstate 95 northbound in Fellsmere.

FHP said all of the vehicles were traveling northbound near mile marker 159 when the wreck occurred at about 6:11 a.m.

A 2000 Volvo tractor-trailer was in the center lane and had a blowout on its left front tire.  The driver attempted to pull to the left shoulder.

A 2009 Chevrolet Impala that was in the left lane braked and attempted to swerve to avoid the Volvo. However, the Impala lost control and collided with the Volvo's trailer.

The Impala came to a rest on the left shoulder facing south.

A 2006 Pontiac Vibe, driven by William A. Conn, 53, of Vero Beach, Fla., was in the center lane and collided with its left front with the Volvo's rear.

The Pontiac came to rest in the center lane, where it was struck by the left front of a 2016 Volkswagen Jetta.

This caused the Pontiac to overturn, coming to a rest upright in the center and right lanes, facing west.

FHP said the driver of a 2017 Audi UT was in the left lane, and swerved to the right when he said saw the Impala’s headlights, then saw the semi and swerved back to the left.

The Audi collided with its right front with the left rear of the Volvo's trailer, then rotated clockwise and entered the median where it came to rest facing east.

The cause of the crash remains under investigation with charges pending.

Conn was killed in the wreck, but no one else was hurt.

Northbound lanes of the interstate were closed for several hours. Shortly before 2 p.m., police said I-95 reopened to traffic.