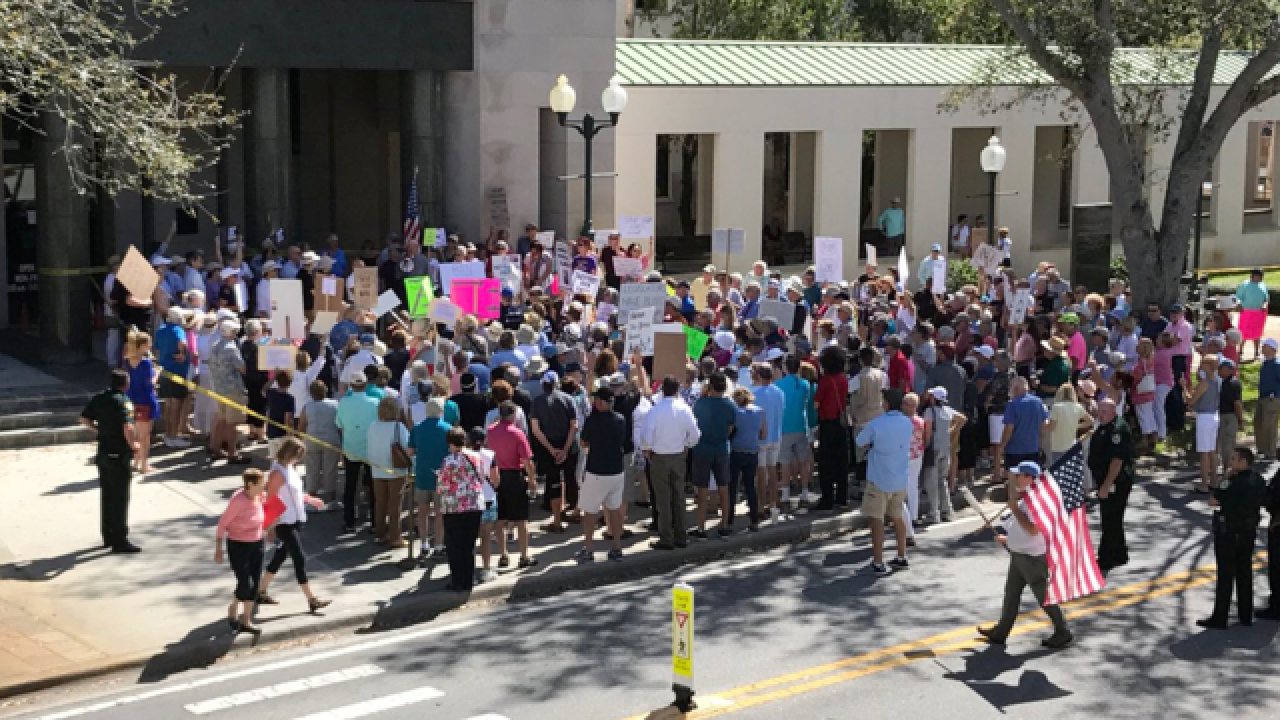 Copyright 2018 Scripps Media, Inc. All rights reserved. This material may not be published, broadcast, rewritten, or redistributed.
&lt;p&gt;Hundreds rallied for gun control laws outside the Indian River County Courthouse Wednesday.&lt;/p&gt;

The group met in front of the Indian River County Courthouse.

“It’s just time that all Americans stand up and say ‘enough is enough,’ " said Adriana DeKanter.

Judith Terry held up an article in the Wall Street Journal with photos of the victims from recent school shootings.

"I would like to see this in every single paper, every single day until we get some decent federal gun laws," said Terry.

“What’s happening in this country with mass shootings is literally insane," said Reverend Scott Alexander with the Unitarian Universalist Fellowship.

Reverend Alexander has been holding similar rallies for some time, but none were as large as Wednesday's.

“People need to speak up and legislators, they pay attention to crowds," said Rev. Alexander.

Speakers talked about the need for more funding to help those with mental illness, and that no one needs to own an assault weapon.

But while this turnout was strong, will the message have staying power?

“It will last as long as the young people keep at it.  I think the outrage is there," said Adrianne Wallace.