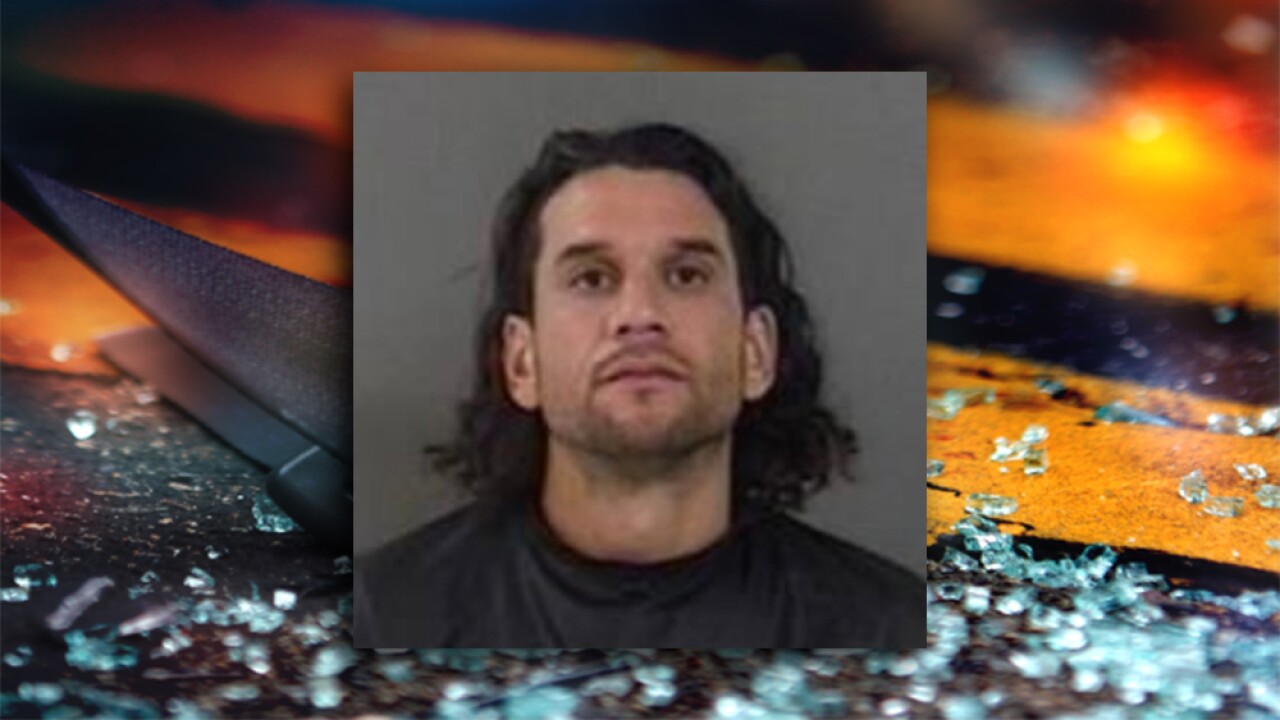 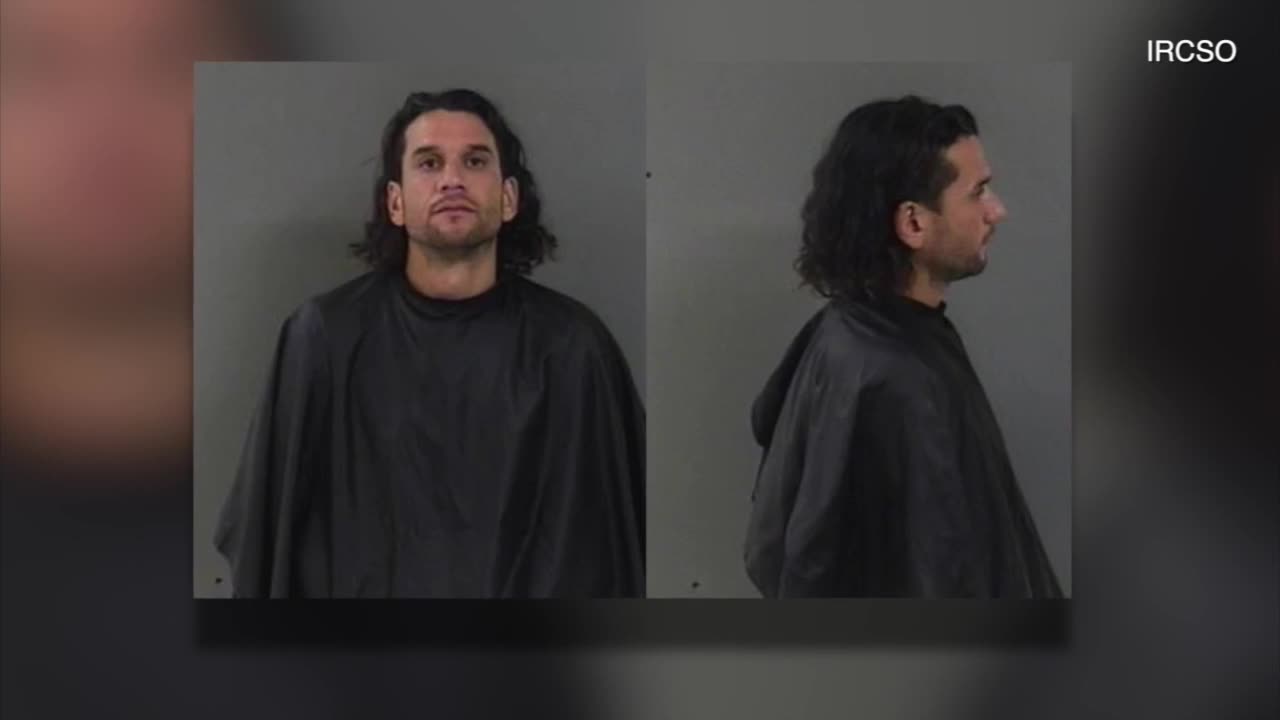 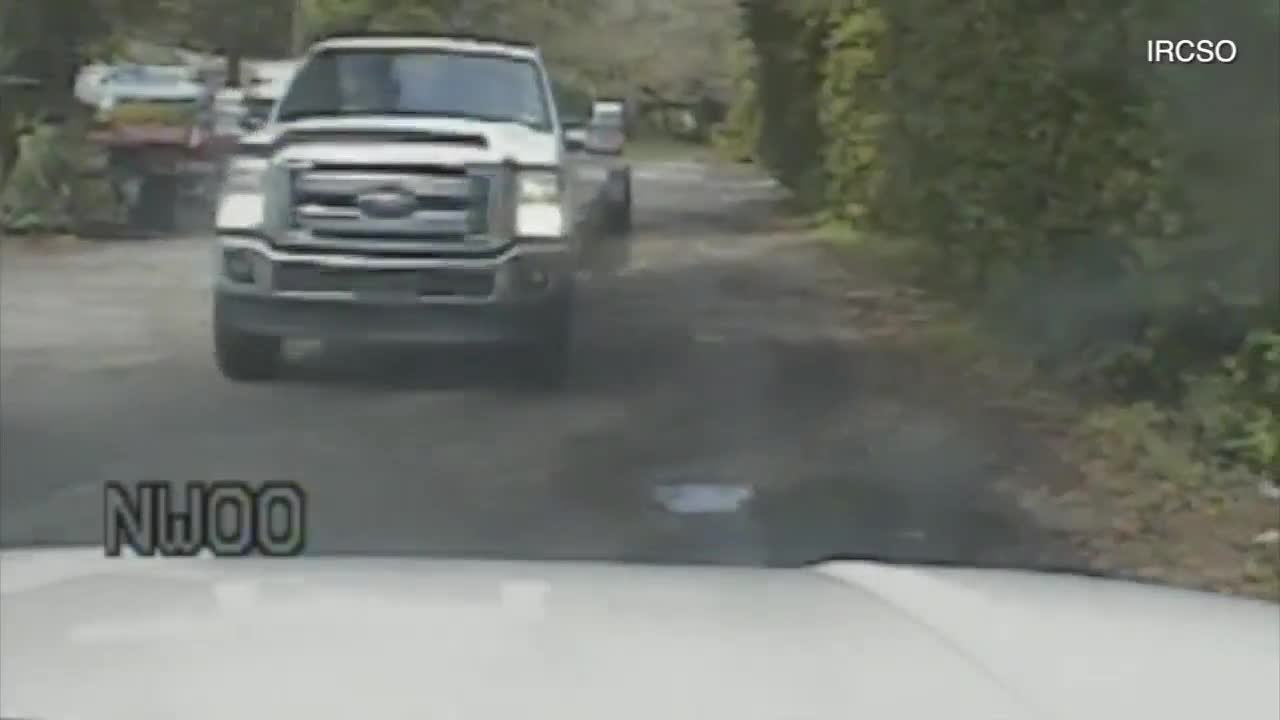 VERO BEACH, Fla. — A Vero Beach man is accused of stealing a pickup truck with two children inside, then badly injuring their father when he jumped on the vehicle to try and stop it.

Inside the truck were two girls, ages 12 years old and 3 years old.

When their father, Teon Brown confronted Leon and asked what he was doing, Leon jumped into the truck and began to drive away, according to his arrest report.

The dad, in an effort to stop Leon, jumped onto the side of the F-350.

Investigators said Leon accelerated and began to swerve, knocking the father off the vehicle. He struck his head and was later diagnosed with a brain bleed at the hospital.

The Indian River County Sheriff's Office said Leon crashed into a pine tree a short distance away, hopped out of the truck, and ran away.

According to an arrest report, a deputy stopped his cruiser in front of Leon, pulled out his Taser, and ordered Leon to the ground. Leon complied and was handcuffed and taken into custody.

A deputy said he found a ziplock bag in Leon's front left pocket that contained a DUI citation and an inmate property sheet from the Indian River County Jail. Leon's name was on both documents.

The sheriff's office said dash camera video from a deputy's cruiser captured Leon driving recklessly in the F-350, accelerating toward the deputy, then swerving out of the way at the last moment.

Father explains how he jumped on truck to save his children

Brown said he only did what any parent would do when he jumped onto his moving truck that was being driven by an alleged carjacker with his daughters inside.

“Those are my babies, I did what I was supposed to do,” Brown said. “I stepped on the running board and held on with this hand and was trying to pull him out with my left hand and I couldn’t really get him out but when I looked up I saw the tree coming,” Brown explains as he let go of the truck before the truck hit a tree.

“I remember the ground coming up and the next thing I remember taking my baby out of the car seat," said Brown.

Brown was hospitalized with bleeding on his brain and is now out of the hospital and recovering along with his daughters.

“I’m happy the girls are OK and very grateful for Teon, my son-in-law. Because if not for him, I would know what would have happened,” said Joanna Gerrato, the girls’ grandmother.