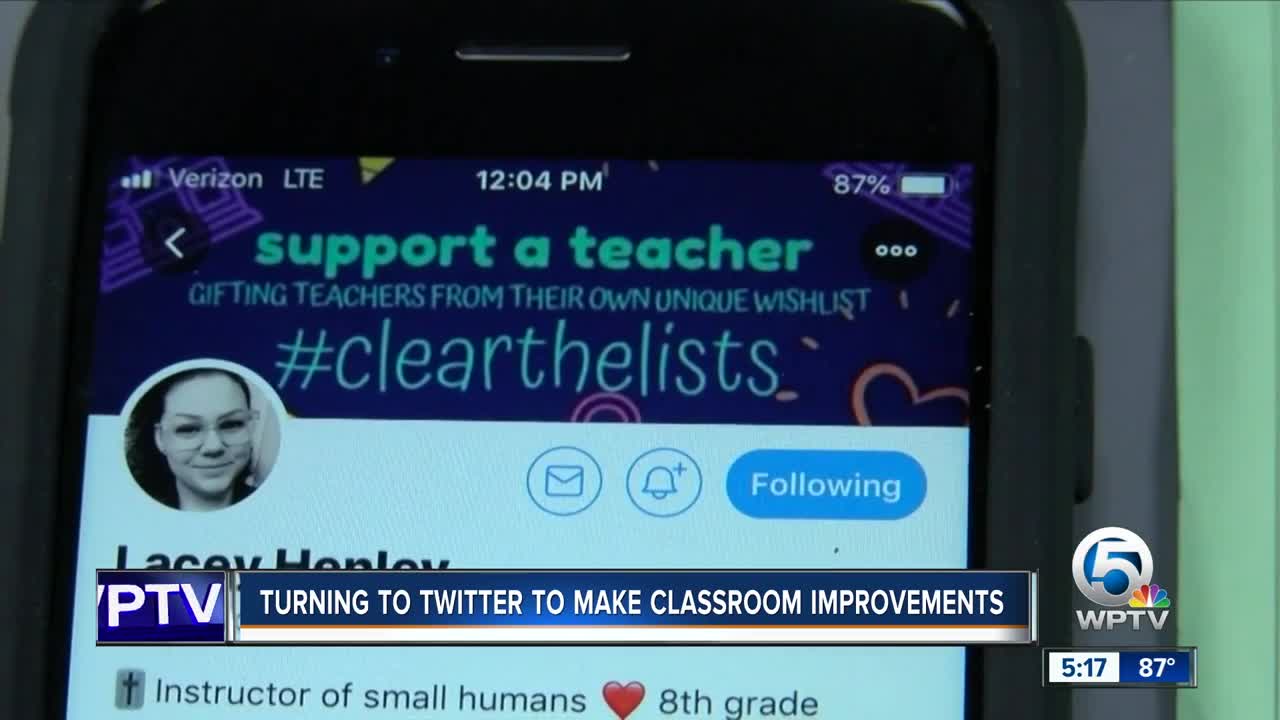 #ClearTheLists was started by a teacher in Texas as a way to get the community involved. A teacher in Indian River County is now using it to fund her classroom. 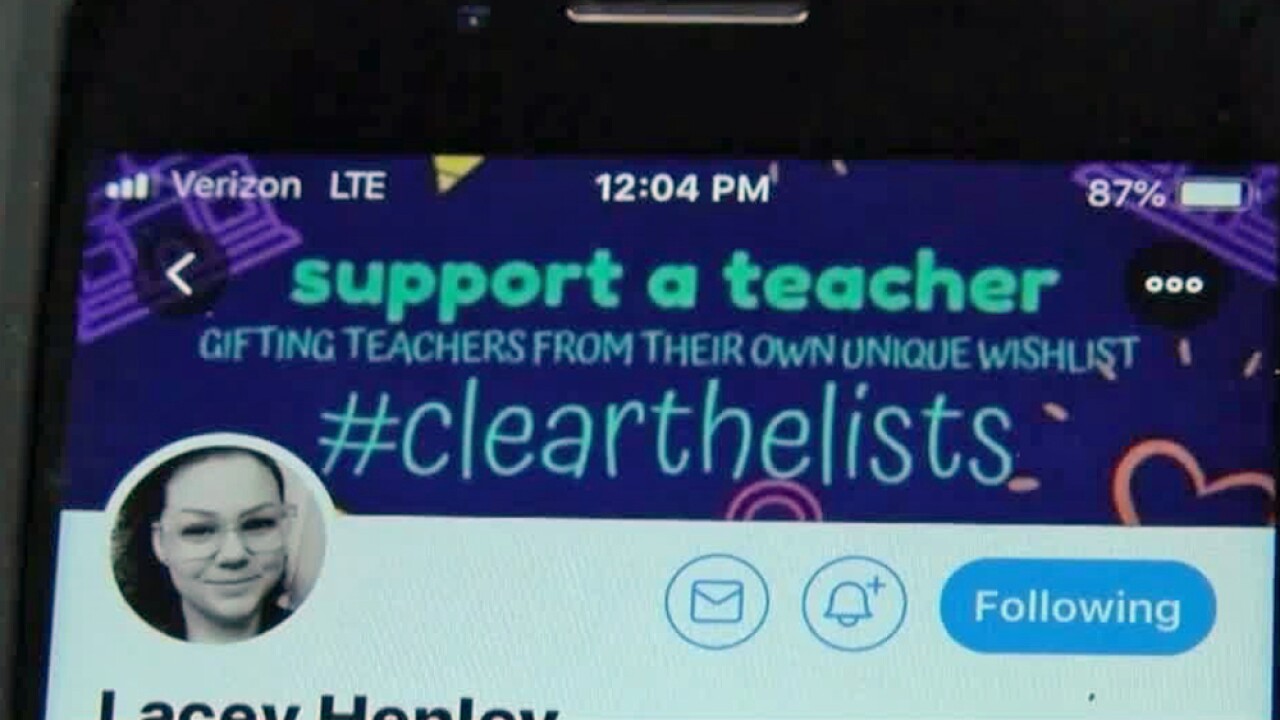 INDIAN RIVER COUNTY, Fla. — In Lacey Henley’s eighth grade science class at Oslo Middle School, there are computers, and most of the basic supplies are here. But the beanbag chairs and carpet?

“All the people that provided money for that project were my friends and family," said Henley on Wednesday.

It’s Henley’s way of creating a home away from home.

“Think of it as decorating your home to make it comfortable. I want this to be my kids home," said Henley.

Now in her fourth year of teaching, Henley spent $500 of her own money on things ranging from supplies to snacks, that aren’t just rewards for good behavior.

“We made DNA models with Twizzlers.” "The kids like it, and we have a lot more fun that way. They’re a lot more likely to learn it when we’re using food and hands on type things to learn.”

Henley is not alone reaching into her own pocket.

A study by the National Center of Education Statistics showed 94 percent of public school teachers spent money on supplies without reimbursement. The average amount, $480.

Henley turned to Twitter for help. #Clearthelists was started by a teacher in Texas as a way to get the community involved.
Henley created her own wish list on Amazon.

“It blew up a little because Royal Caribbean purchased a few items off of my list," said Henley.

Beyond the teachers, many schools are starting to address the high cost of supplies for their students. This year at Oslo Middle School they’re only asking kids to have one binder with tab dividers.

“They have all their assignments in one binder. it helps them to organize," said Asst. Principal Chris Cummings.