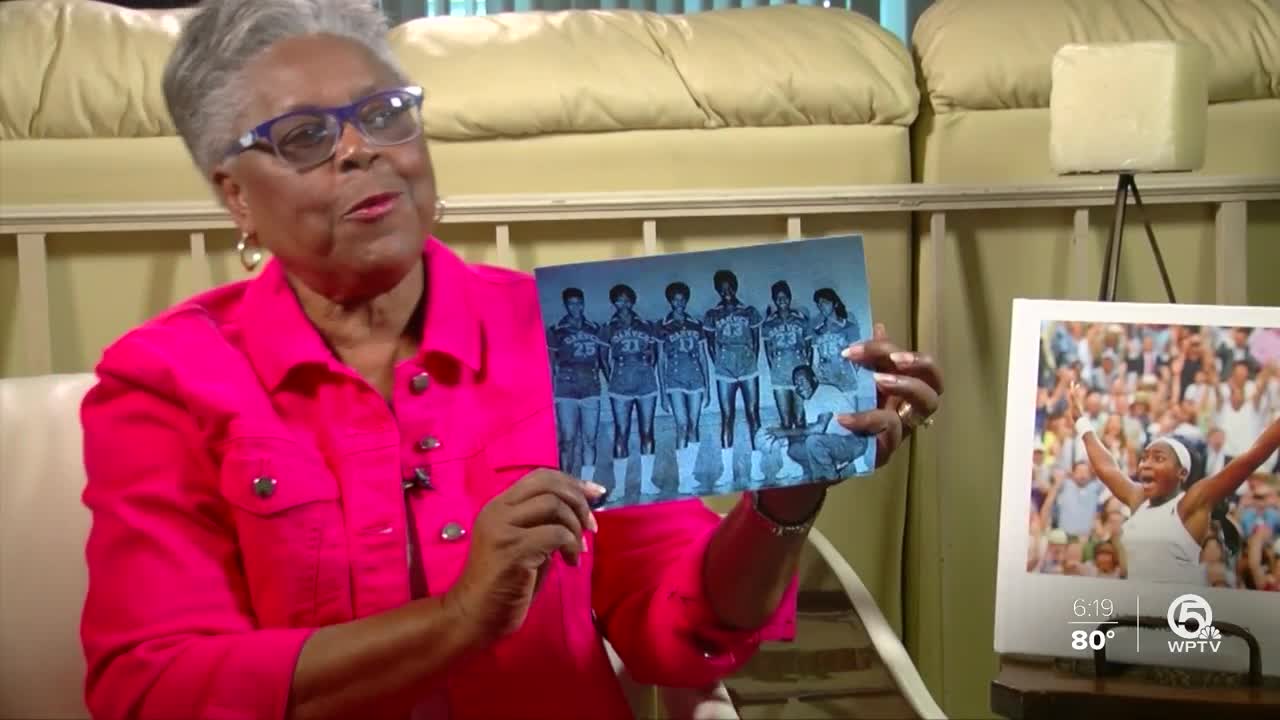 Coco Gauff's grandmother was the face of civil rights and school integration nearly 60 years ago.

PALM BEACH COUNTY, Fla. — Before the Civil Rights Act of 1964, and after Brown v The Board of Education in 1954, much of Palm Beach County was divided among racial lines.

Yvonne Lee Odom started her high school career at the all-black Carver High School around that time. The segregation wasn’t questioned until then she remembers until the wheels of integration started rolling.

The movement was spreading into Delray recalls Odom.

She tells us one day, “my Dad nonchalantly said, well Bonnie, I signed some papers for you to go to Seacrest and I said, what! And I didn’t initially want to do it but when I went to school the next day and word got around they were like yeah yeah you should do it.”

Before the big day in September of 1961, Seacrest High School Principal, Robert Fulton, called a student council meeting asking for a volunteer to give the Odom a tour of campus on her first day. The only one to volunteer was Paula White Adams… we asked her why.

“You’re a girl at 15 and you’re going someplace you’ve never been before and you’re all alone,” says Adams.

The experience was all new for Odom who says the transition had its ups and downs.

“I think about my science partner who didn’t cringe because my teacher, Mr. Thurber matched us up and we dissected frogs and he didn’t think it was like I was giving him the plague,” she goes on to say, “and then I had the incidents where I was walking across the gym and I could hear the N-word come from the crowd and I didn’t react to it .”

When comparing the spirit of teenaged Odom and her now-famous tennis star granddaughter Coco Gauff, Adams says she’s sure of one thing, “tenacity is genetic they’re one in the same.”

Odom says she hopes people learn from her story, “learn somebody for who they are …if you don’t like me after you know who I am I’m OK but don’t just look at me and make a judgment about who I am.”

Odom and Adams fell out of touch after Adams graduated, closing one chapter but they’ve reconnected recently and said they are the best of friends.