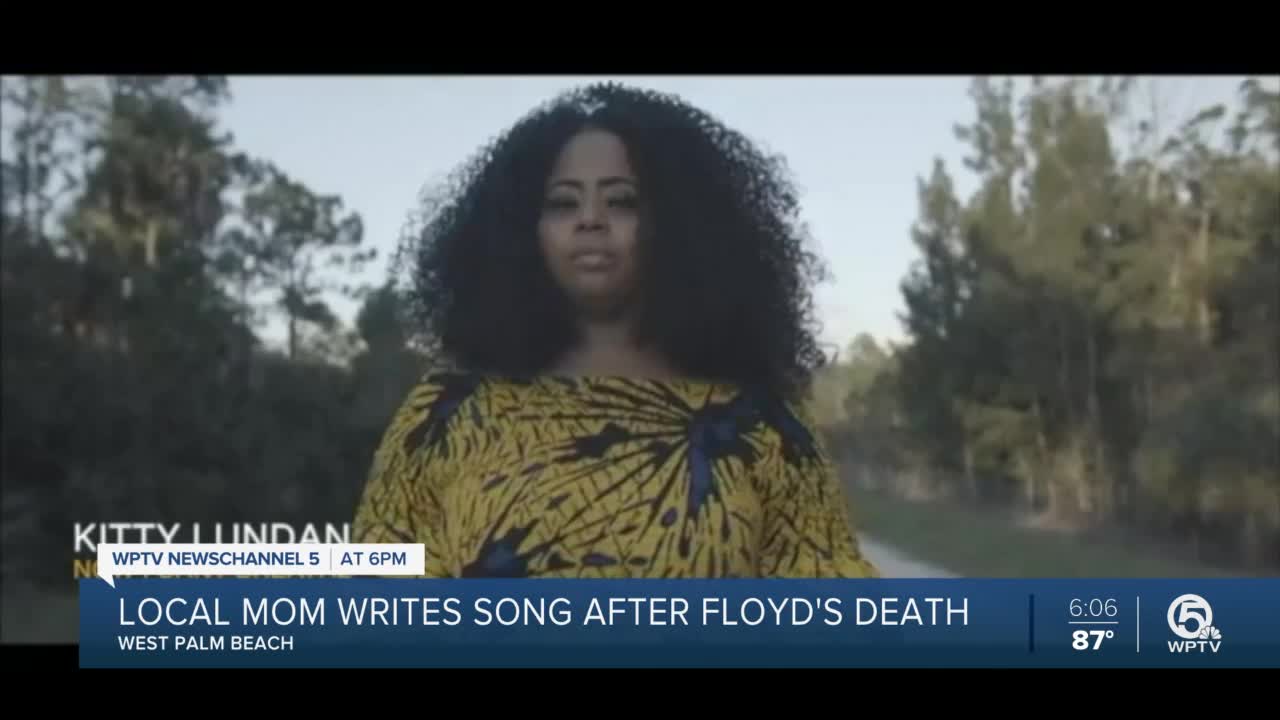 A local mother writes a song after the death of George Floyd.

For one West Palm Beach mother, finding the right words for her sons was not easy. But three words helped break her silence.

Those three words -- "I can't breathe" -- are stained in Kitty Lundan's memory and now she's using music to shed light on her experiences as a Black mother in America.

After Floyd's death, Kitty Lundan said she struggled to find the right words for her sons.

"The part when he called out for his mother at the time of his untimely death, it took me back to me being a mother of two black men, and I just wouldn't imagine having that happen to any mother and his is what inspired me," she said. "This was really a letter to my sons."

The song is called "Now I Can't Breathe." Lundan said it represents her struggles and fears of raising two black men, not knowing how they'll be perceived out in the world.

"The first words that came to me was that 'they can kill you with their knees. They don't need guns.' When I wrote that, I started crying immediately because I know how vulnerable life is and when they go out and they are amongst everyone else, people don't usually see them as my babies," she said.

The music video is now gaining national attention. This family hopes it will inspire others to speak their truth.

"There is always a side of me that thinks, in the back of my mind, if I go out, will I be safe? Will I be able to come back home and tell my parents that I love them?" son Chadric Russell said.