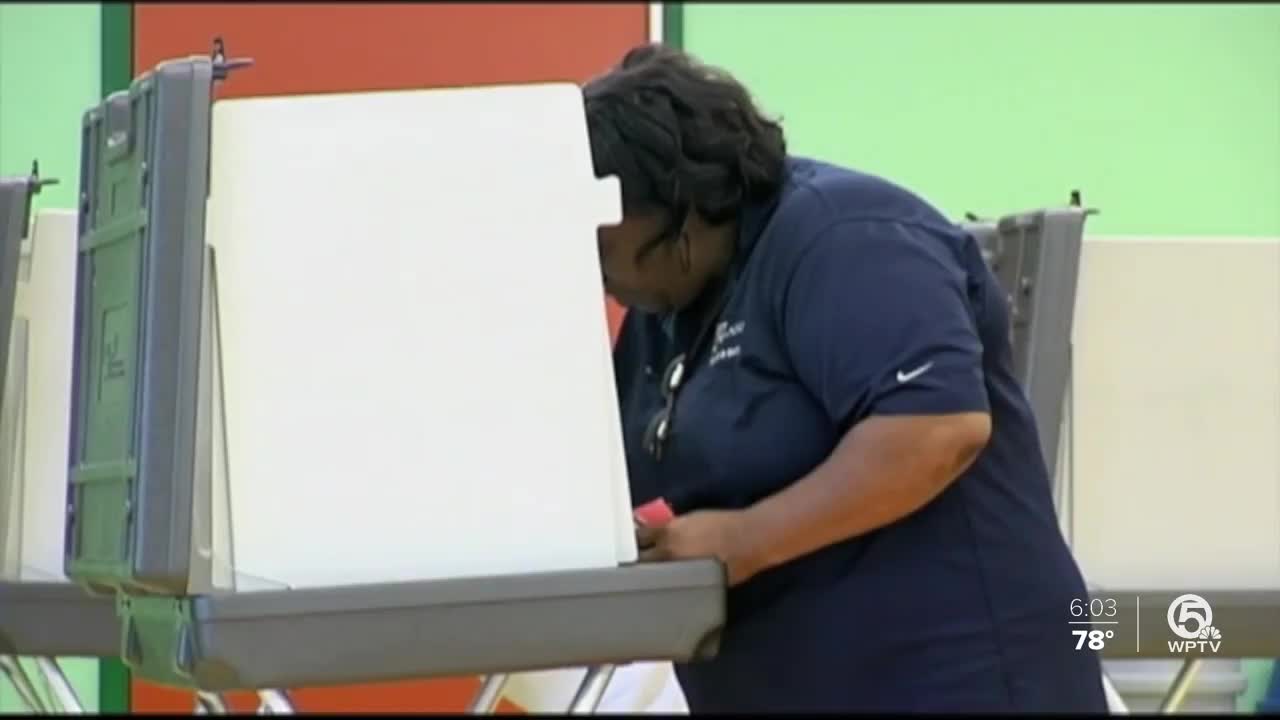 While some voters experienced hiccups at the polls on Tuesday, other voters in Palm Beach County said it was the easiest time they've ever had a precinct. 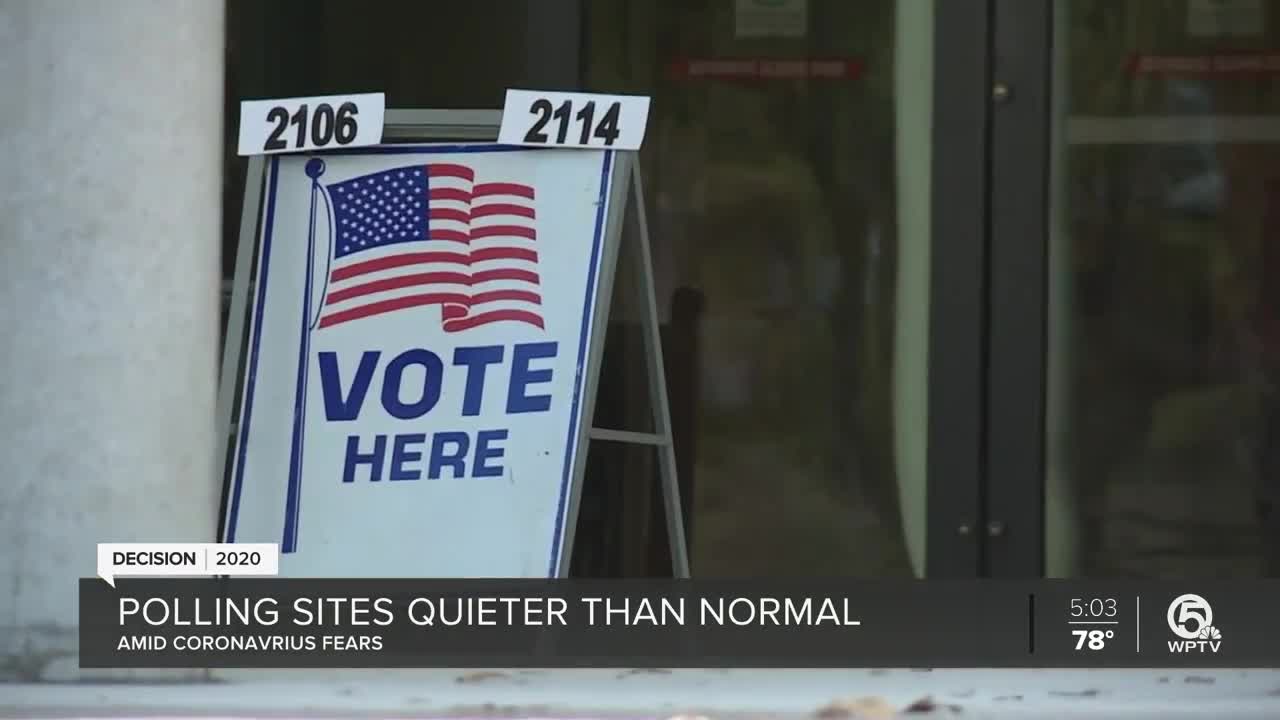 WEST PALM BEACH, Fla. — While some voters experienced hiccups at the polls on Tuesday, other voters in Palm Beach County said it was the easiest time they've ever had a precinct.

Unusual to see was no one holding campaign signs and no line outside of the Main Library of Palm Beach County on Summit Boulevard.

"It was very easy, very easy, not a lot of people," said Baha Muhammad a voter from West Palm Beach.

Muhammad had actually voted early Tuesday morning but returned to the main library to return some movies.

Judy Ann Rufer arrived at the library, but had actually voted at a different precinct nearby and echoed Muhammad's experience.

"I was the only on there," Rufer said.

Rufer added she saw poll workers taking extra precautions, and although she didn't even think twice about going to vote, she believes coronavirus concerns have kept voters from the polls. She's doing what she can to protect herself.

"I have had hand sanitizer that I used immediately as soon as I get in my car, wipe off the steering wheel, and everything else, wash my hands all the time," said Rufer.

Other voters said they had issues at their precinct near Dreher Park. They said the precinct had the wrong ballots.