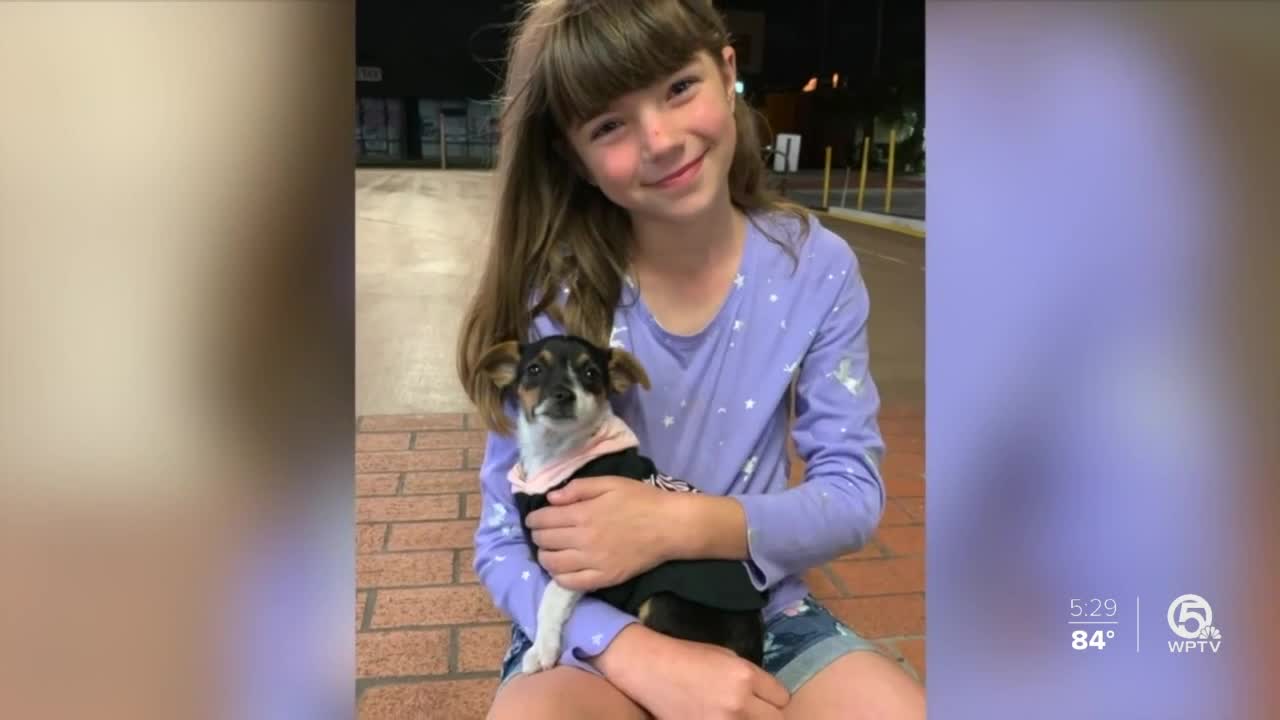 A mother and daughter are on a mission to help spark change in their West Palm Beach neighborhood.

WEST PALM BEACH, Fla. — A mother and daughter are on a mission to help spark change in their neighborhood.

Macey Jackson and her puppy, Precious, loved to dance and spend time together. The Jack Russell and Chihuahua mix was the 10-year-old's emotional support dog, brought home for her birthday in March.

"If I were to say how much I loved her, I would say infinity," Macey said.

Earlier this month, the puppy ran out of the house in West Palm Beach as Macey was taking out the trash. Seconds later, Precious was hit by a truck, with Macey standing only a few feet away.

"As a mom, my heart broke for her," Alice Klein said. "I really didn't know what to do. I mean, I just wanted to hold her."

Macey's mother said the truck was speeding past the house on Walton Boulevard, which is sandwiched between South Olive Alive and South Dixie Highway.

"There's big trucks that actually come down our residential area and it's very fast, but not only trucks," Klein said. "Cars speed down this road."

Just five months ago, and about three blocks from the family's home, a bicyclist was struck and killed by a city truck.

"We would love to have speed bumps installed, because there's been other issues and other incidents and accidents," Klein said.

Macey and her mom are now in the beginning stages of gaining signatures and petitioning the city for speed bumps and traffic calming to prevent more heartbreak in their neighborhood.

"It'll be a challenge to do it, but we're determined to do it," Klein said.

The city said once Macey and her mom complete the petition, it will go in front of the traffic calming committee, which will determine if their street meets the criteria and if speed bumps are warranted.