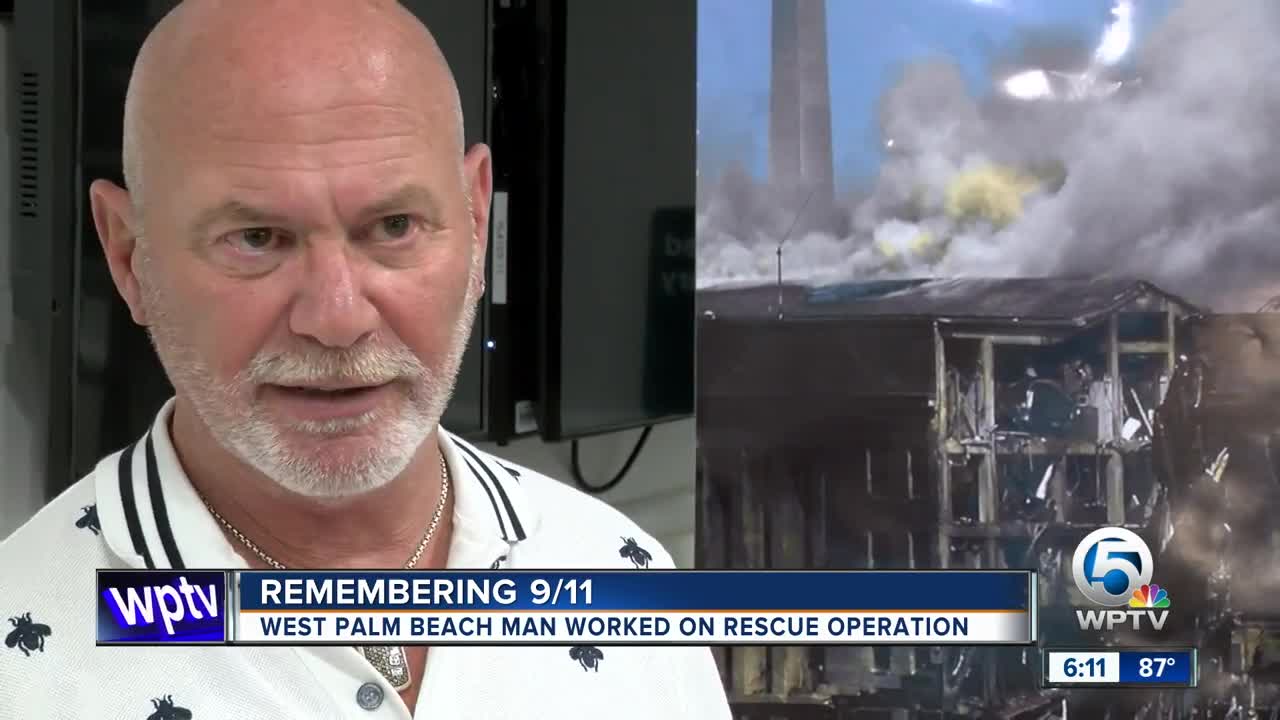 Mixed among a crowd at the VA Medical Center in West Palm Beach is a man with an unforgettable message.

WEST PALM BEACH, Fla. -- Mixed among a crowd at the VA Medical Center in West Palm Beach is a man with an unforgettable message.

“This is my forte reminding everybody of the events 18 years ago,” Steven Saymon said.

It was September 11, 2001 and Saymon a retired United States Marine was serving as a police officer in New Jersey.

“We come up to an intersection and there’s a patrol officer standing in the middle of the intersection,” he recalled. “There’s no cars there’s really no sound. The towers were down by the time I arrived.”

Once on scene he joined in the rescue mission.

“As we stood on top of the pile with our bare hands there was really very little to no protective items,” Saymon recalled.

He tells this story every chance he gets. Asking others to remember the lives lost.

“I actually served in the Pentagon but it was before the accident of course. I lost a dear friend in the Pentagon that day,” Cynthia O’Connell, Associate Director at the West Palm Beach VA Medical Center said.

He carries with him rubble from the World Trade Center and soil and stone from the Flight 93 crash site. All for two words.

Saymon says he’s donating his artifacts to the West Palm Beach VA Medical Center where they will be on display.