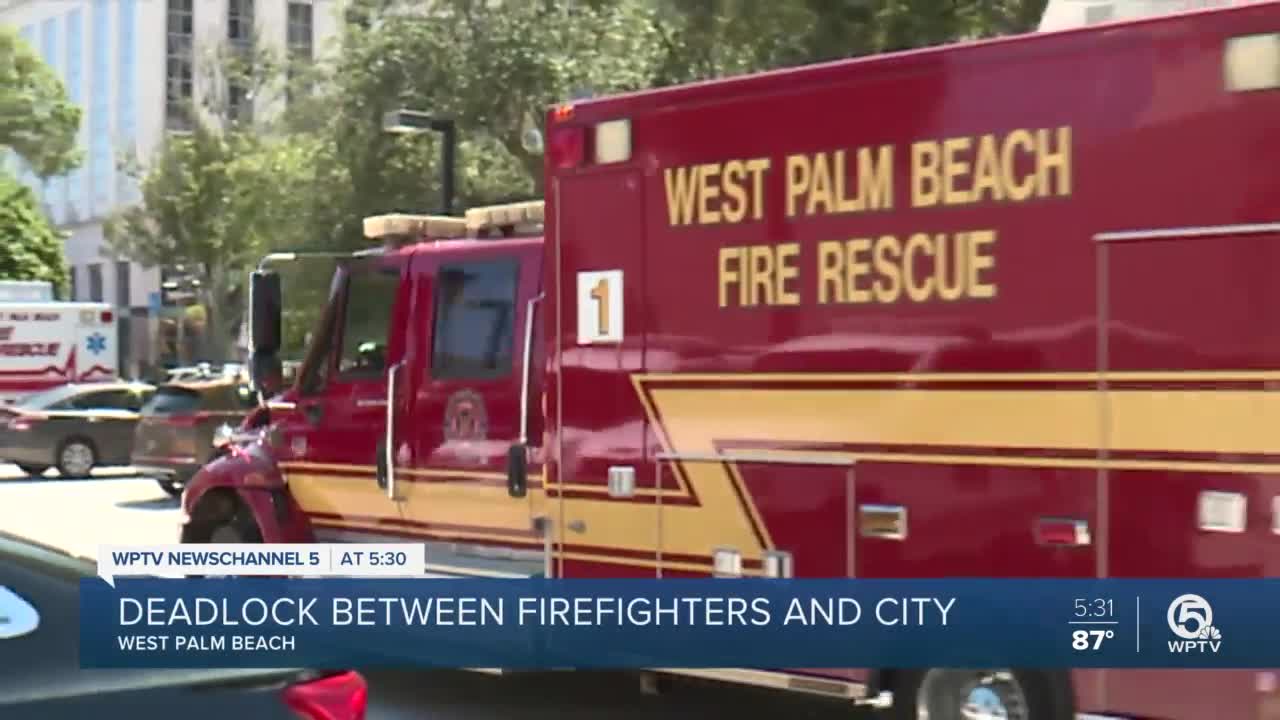 West Palm Beach firefighters and the city have hit a deadlock.

Talks over a new contract during this pandemic have gone nowhere and now an impasse has been declared.

Jayson French, the president of the West Palm Beach Association of Firefighters, said the last time he talked with the city about a new firefighters contract was two weeks ago.

"It didn't go well, half an hour conversation, and they put us at an impasse," French said.

Now, both the firefighters and the city are not talking.

Firefighters are asking for a 15 percent hike, offset by changes to overtime and retirement, which would have moved the city firefighters into a more competitive pay scale with other departments in Palm Beach County.

"We're asking just to be competitive in the marketplace, and I don't think it's a question if the money is there, it's if the city wants to allow that money to be allocated," French said.

French released a statement on Saturday that said the department is having a hard time retaining firefighters and paramedics, calling it "a revolving door."

"As mayor, I have a fiduciary responsibility to all citizens of this city," West Palm Beach Mayor Keith James said Thursday during a Zoom meeting about the city's budget.

He insists this not about any anti-union sentiment but rather about money.

In a statement, the city cites significant revenue losses during the COVID-19 pandemic with annual revenue down over $7 million annually.

James stated the city did counter a 10 percent hike in pay.

"Once it became clear to me they were not budging from their initial wish list and demands, I instructed staff to declare an impasse," James said.

French said it has led to lower morale in the department, but it won't affect how they do their job.

Police are also involved in a contract impasse with the city.

A magistrate will now likely take up the issue and offer a contract settlement.

Click here to read the full statement from the city on the impasse.

Below is the full statement from the West Palm Beach Association of Firefighters on the impasse: