Vision Zero: Preventing another tragedy on the roads 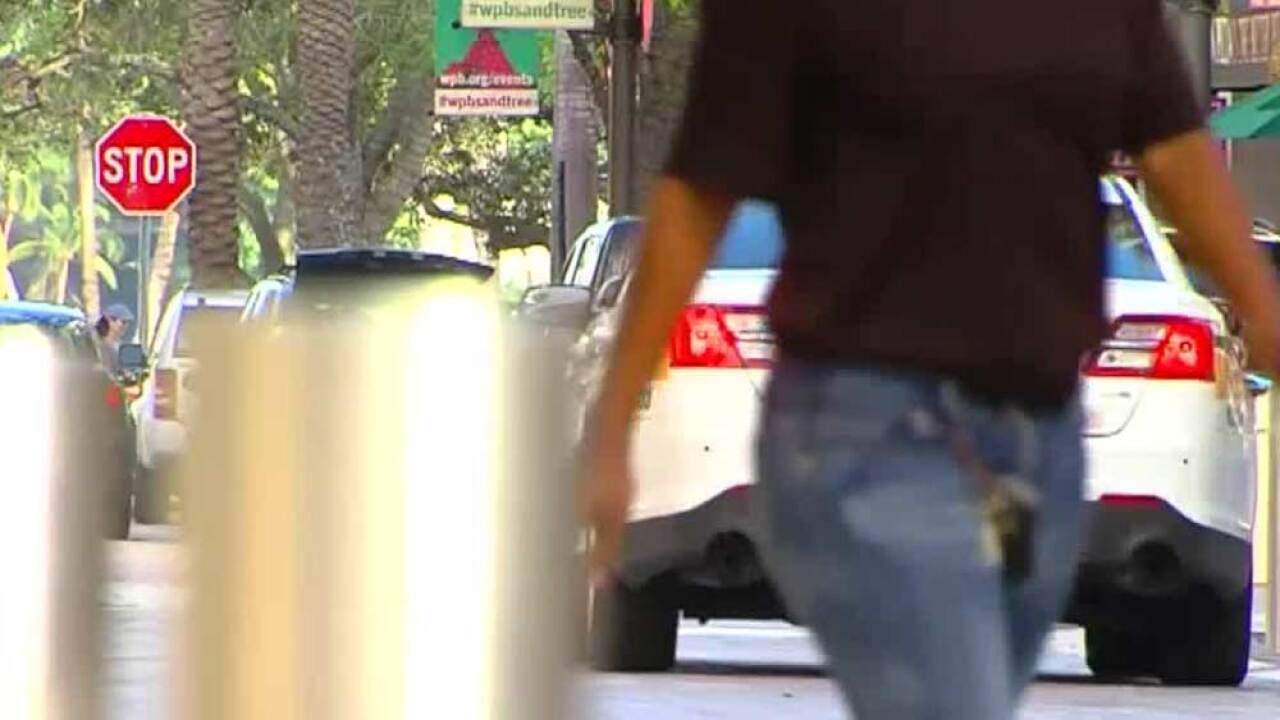 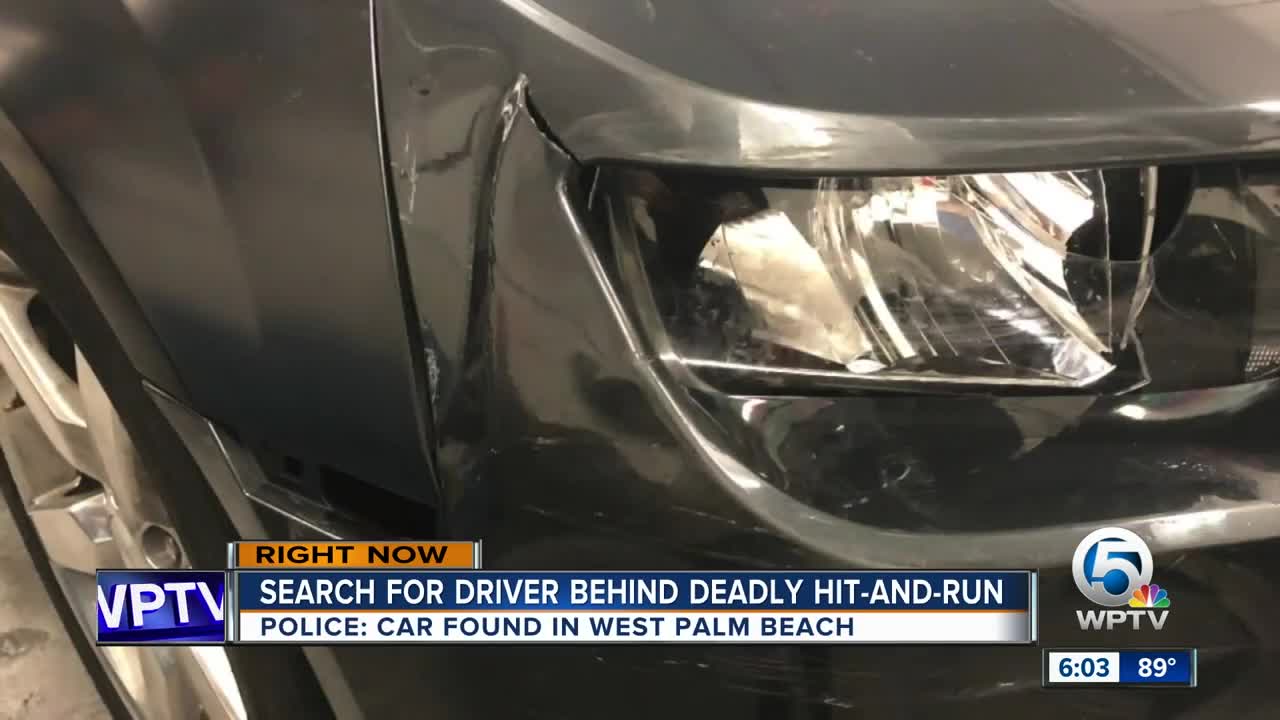 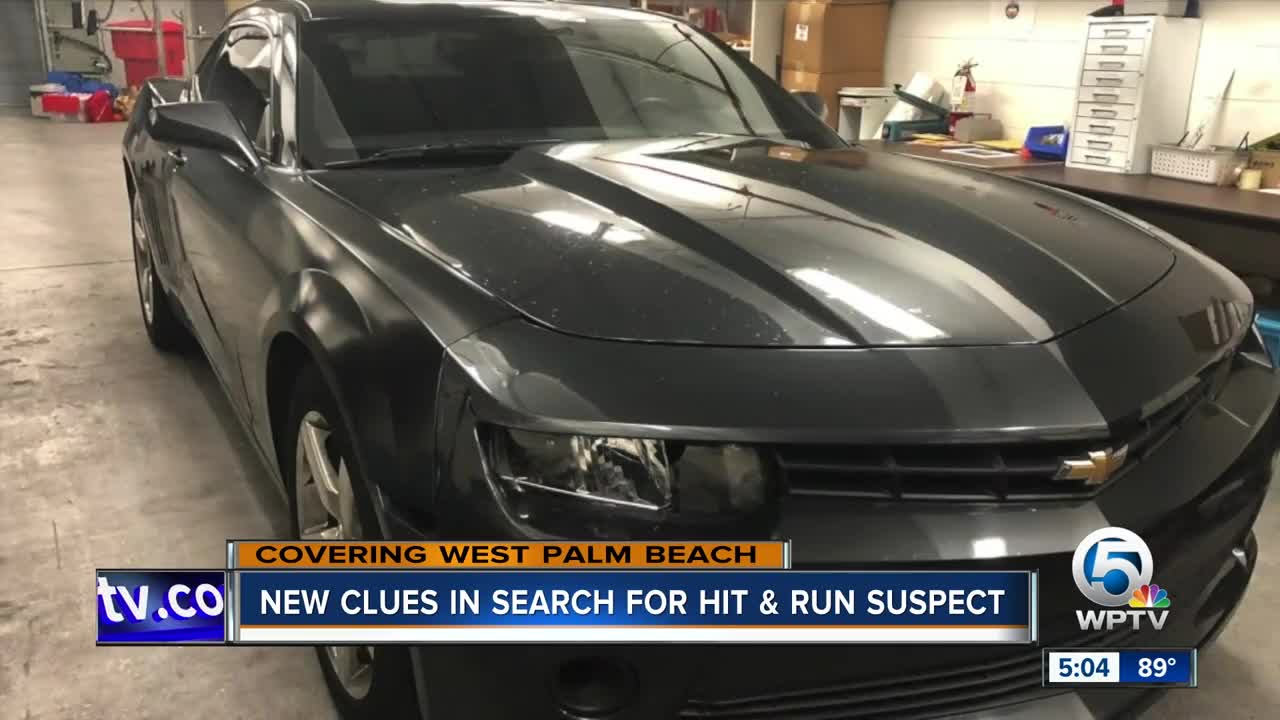 WEST PALM BEACH, Fla. — Police have a possible break in a deadly hit and run case.

Pictures released on Friday morning of the car shows a damaged, newer model Chevrolet Camaro. It was found more than six miles away on the 1000 block of N. Tamarind Avenue.

As of Friday, there are still no updates from police on who was driving that car, as the search continues for a suspect.

The incident is prompting discussion about pedestrian safety and hit and run crashes. The people who live and work around South Dixie Highway said crossing that area is treacherous because of pedestrian traffic and speeding cars.

Britni Harpster said she’s seen it first hand outside her job at Joshua Tree Thrift store, which is just steps away from the crash scene.

It’s enough to make her worry about crossing the street.

“We have students that work here who have barriers,” she said, concerned about those with special needs who need assistance. “We have to cross the street with them, make sure that they don’t get hit.”

It’s the same area where we caught Yontxu Ormazabal trying to cross with his bicycle. He grew up in the area and said he wishes drivers would think twice.

“I saw the news, I saw his wife, I saw his kids,” he said, moved to tears about Tuesday's incident. “Vehicles are weapons, if used improperly.”

West Palm Beach police stats show from Dec. 1, 2018 through June 19, 2019 they investigated 53 hit-and-run crashes that involved injuries. Police were not able to separate out which crashes involved fatalities.

It’s something the Vision Zero program wants to put to a stop completely. The goal is to reduce the number of deadly and serious injury crashes on city streets, especially involving pedestrians and bicyclists. The goal in that program is to have zero fatalities and zero serious injuries on the roadways by the year 2030.

She added that both drivers and pedestrians are educated through social media, outreach and other events since the Vision Zero plan was adopted in August 2018.

Dang represents the engineering aspect in the three E’s of Vision Zero: Engineering, Enforcement and Education.

“You have to design for safer speed, and we know that the higher the speed, the more deadly the crashes are,” she said.

Click here to learn more about the complete streets plan being implemented in the county.

Dang said currently, they are working on a number of things, including helping bicyclists reach their destinations safer by expanding the bicycle network.

“Right now, the city has about 50 miles of network and we have completed over five miles already so we are at 10 percent and our goal is to get another 10 percent before the end of the year,” she said.

Areas like South Dixie Highway are tricky, because it’s managed by the Florida Department of Transportation but the city is able to request for changes to be made to areas identified in the data as being a target corridor.

FDOT just approved a lane elimination project from Prospect Place to Okeechobee Boulevard on Dixie Highway, where the city will repurpose the roadway with on street parking and wider, 10 foot wide sidewalks.

“Vision Zero is very data driven,” she said. “Accidents with bicyclists and pedestrians are going up in the state of Florida.”

She showed us data derived from Palm Beach County’s own Vision Zero plan, which the Palm Beach Transportation and Planning Agency adopted in April 2019.

From 2011 to 2017, 1,335 pedestrians and bicyclists combined have been killed or seriously injured across the county.

For West Palm Beach, the numbers are smaller by comparison, but Dang said one is too many.

More than 160 pedestrians and bicyclists were seriously injured between 2012 and 2017.

Dang said although the work is far from finished, there was more than a 20 percent decline in those types of crashes from 2017 to 2018.

“Our goal has always been zero deaths or serious injuries within our streets,” she said. “No other goal is acceptable.”

There are upcoming events in the Vision Zero initiative. On Saturday June 22 from 10 a.m. to noon, there will be a free class teaching people how to ride a bike.

On Saturday July 20 from 10 a.m. to noon, the South Florida Science Center & Aquarium will host a bicycle rodeo.