625 crashes with injuries in West Palm Beach since Dec. 1 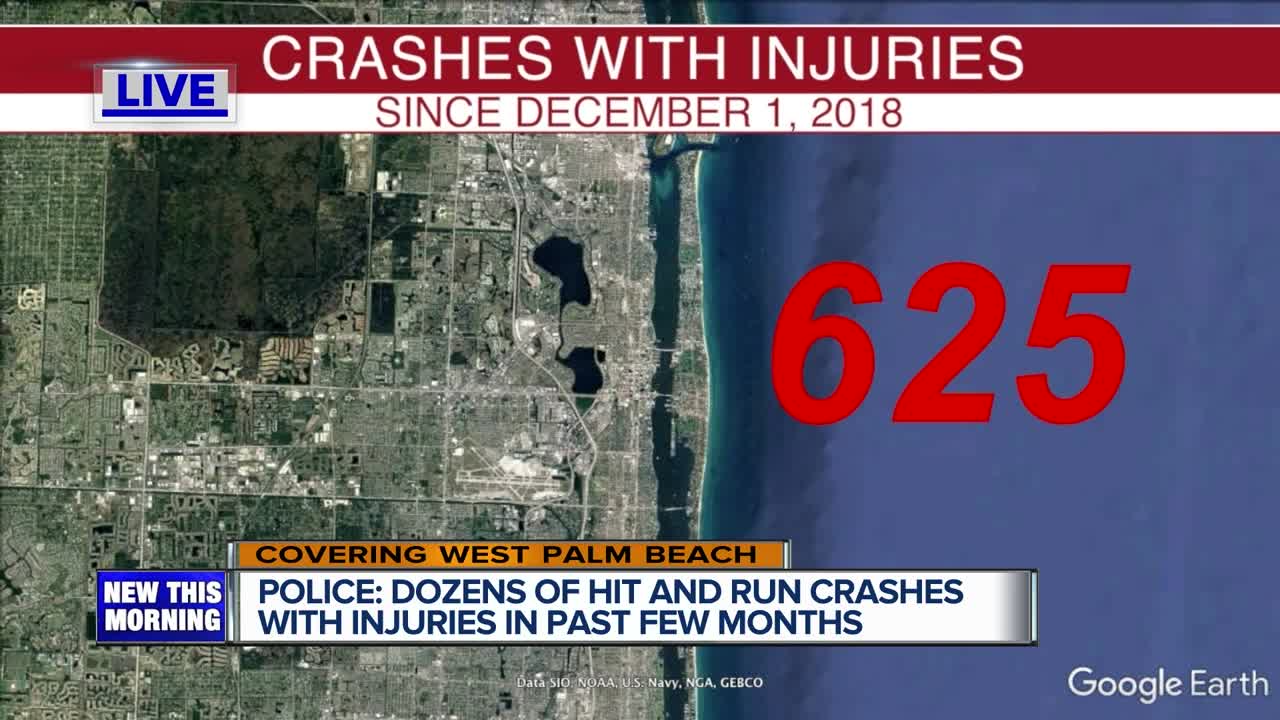 Stats from West Palm Beach police show there have been 625 crashes with injuries since Dec. 1, 2018. 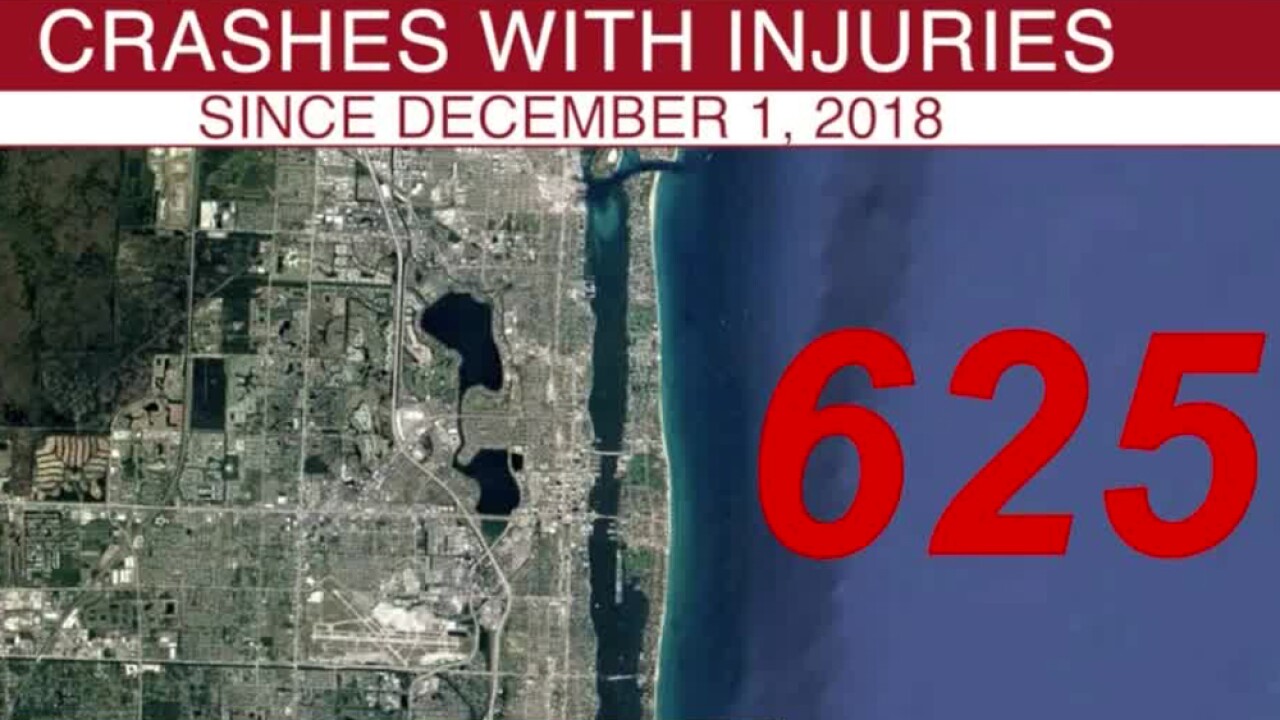 WEST PALM BEACH, Fla. — After a hit-and-run crash killed a father in West Palm Beach earlier this week, WPTV is taking a closer look at crash statistics throughout the city.

West Palm Beach police stats show from Dec. 1, 2018 through June 19, 2019 they investigated 53 hit-and-run crashes that involved injuries. Police were not able to separate out which crashes involved fatalities.

Here's a map showing where some of those crashes happened in the city:

In August 2018, the city launched the Vision Zero initiative, which aims to reduce the number of deadly crashes on city streets. Click here to read more.

Below is a list of West Palm Beach crash locations in that time frame: