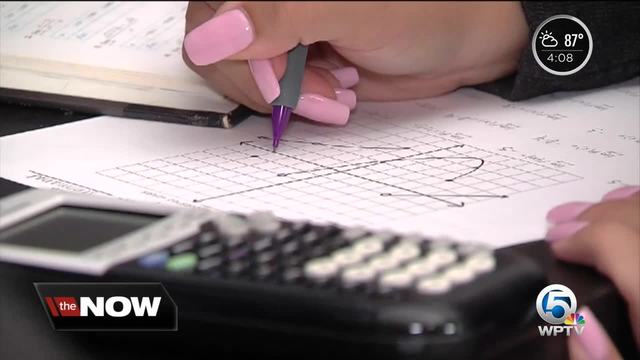 The package of exams was located in Canada, given a new tracking number and shipped to the right place last night. 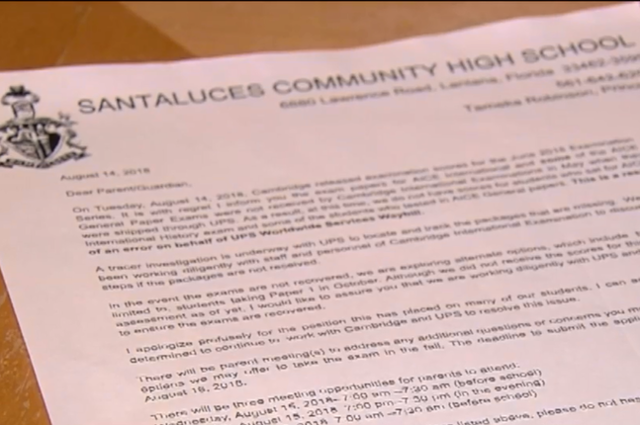 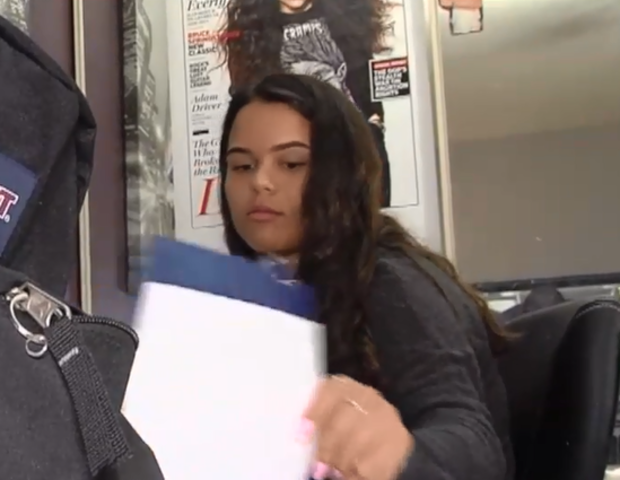 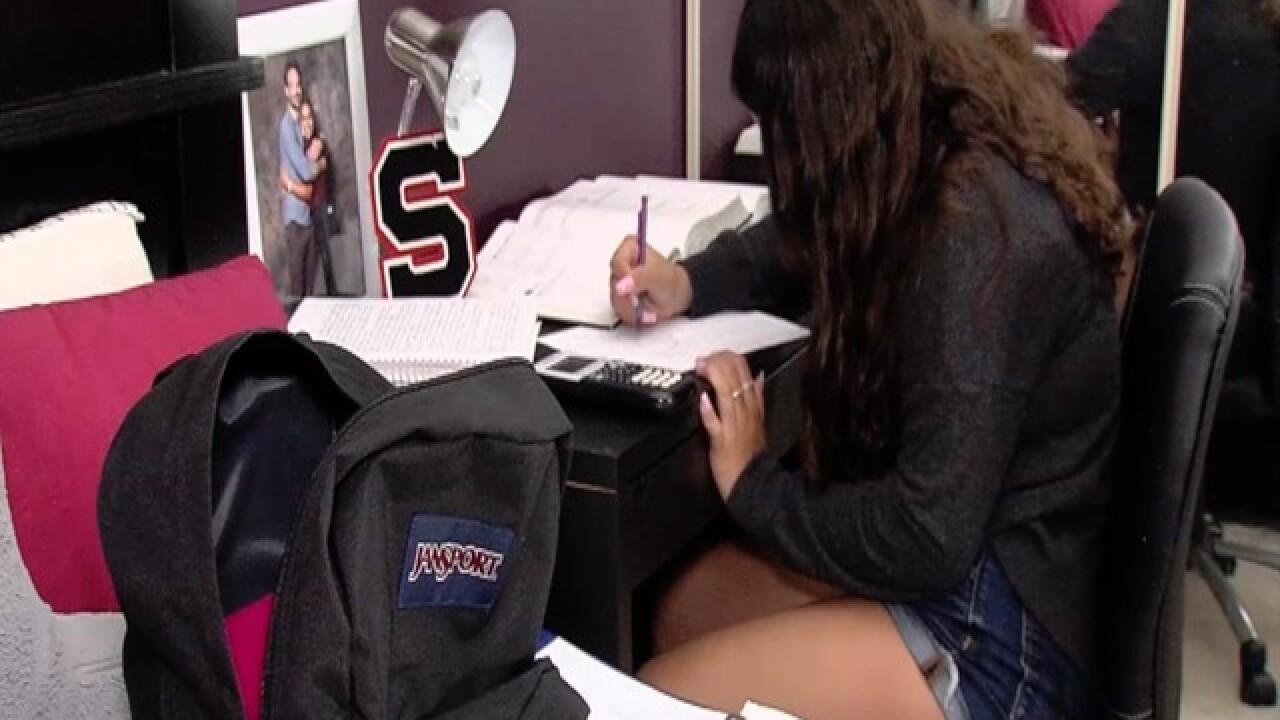 Breaking: the tests have been found and are on their way to Cambridge now!

We first exclusively told you about the mishap Tuesday. @WPTVhttp://t.co/tzAXSvv3It

More: The package was located in Canada, given a new tracking number and shipped to the right place last night.

Some local high achieving students hoping to earn college credits and scholarships were dealt a huge blow Tuesday after their principal broke the news that United Parcel Service lost their tests in the shipping process.

Tuesday was supposed to be the day they learned their scores.

Instead, around 200 students at Santaluces Community High School in Lantana learned they would have to retake the challenging tests.

The tests, taken in May, were supposed to go to Cambridge University’s Advanced School of Education (AICE) for evaluation. They never showed up and now UPS is investigating.

Since 16-year-old Christina Sentmanat was in sixth grade, she had her academic career figured out. She wants to attend two years at a college in Florida and then Stanford to become a psychologist.

On top of AP classes, SATs, good grades and sports, she’s been taking AICE classes since her freshman year. On Monday, she started her junior year at Santaluces.

“We’ve had this all mapped out. All of us. We all heard the news and we actually cried,” 16-year-old Christina said in an exclusive interview.

The AICE program is equally prestigious and rigorous. Success can lead to college credits and scholarships. Students spend the school year preparing for the test in May.

One of the tests she took this year was international history.

“I was up so late, countless nights studying, reading each page of the textbook on top of the notes I’ve taken and the PowerPoints that (my teacher has) given us. We’ve really worked hard to take this exam and making sure we do our best and now our best is gone,” she said.

During sixth period Tuesday, the principal broke the news that UPS had somehow lost the boxes containing around 200 tests -- both international history and general paper.

The students' options now are to forgo the college credits or retake it in October.

“We’re going to have to fit it in this little period on top of all our other AP and AICE classes and outside of school, people have jobs, we have sports and other obligations,” Christina said.

“For her to retake this test and she not pass the test or score as well as she might have done before,” Max Sentmanat said. “This is an injustice to the kids.”

Cambridge told the school if the test does somehow show up untampered with, they’ll grade them.

There are two parent meetings Wednesday with the principal.