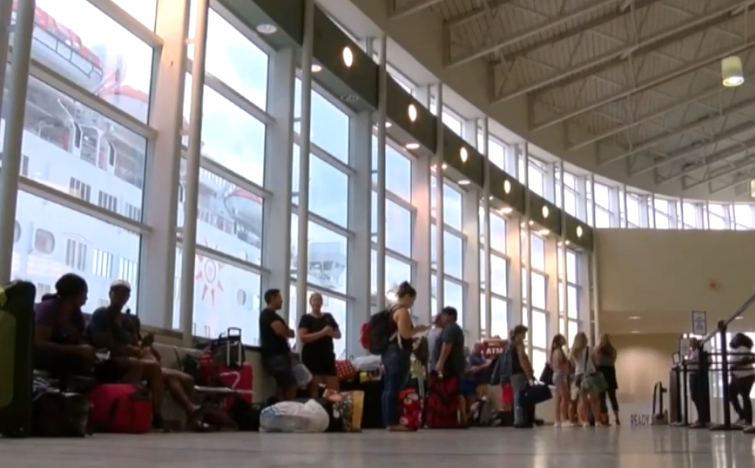 Displaced and devastated. That's the reality today for dozens of Bahamian families in Palm Beach County. Two months ago Pauline Natasha-Harvey and Beverly Sands sat in a church in West Palm Beach, sharing their stories of survival.

"It just tore everybody’s place up, everything was gone,” Sands said.

“Where do we go from here,” Natasha-Harvey said.

They escaped Hurricane Dorian’s destruction on the Grand Celebration Bahamas relief cruise. When they arrived here in Palm Beach County they were two of around 60 people who didn’t have a place to go. So the county used emergency funds to put them in a hotel.

“It been like a bit of a roller coaster,” Natasha-Harvey said.

The county spent around $8,500 a week for the first few weeks. Then community partners, Catholic Charities and Florida Crystals stepped in to cover the costs.

When the money would run out the families would have to pack their bags.

“It gives you a headache it’s like this week this charity is paying for the hotel this week and then you waiting to hear word about the next week or the following months,” Natasha-Harvey said.

They say part of the frustration is being here on a travel visa and not being able to work. Black clergy members say they have a long term solution.

“We looked in terms of negotiating which we have with an apartment complex owner that was willing and still is this is a deal on the table to allow us to have “x” amount of units and to be able to bring these families in,” Dr. J.R. Thickland said.

However, Thickland says they need money and the Bahamas Consulate wants these families to come back. The question is, where to?

“Right now if I went back home I’m sleeping under a tree,” Sands said.

For now, the National Association of the Bahamas has paid for the families to stay in the hotel until Dec. 1, and they continue to work with the Bahamas consulate.