A woman and her two grandchildren on the way to a Cub Scouts camping trip were killed on Saturday afternoon when their SUV was hit by an Amtrak passenger train at a crossing without gates and no flashing lights in northern Palm Beach County. 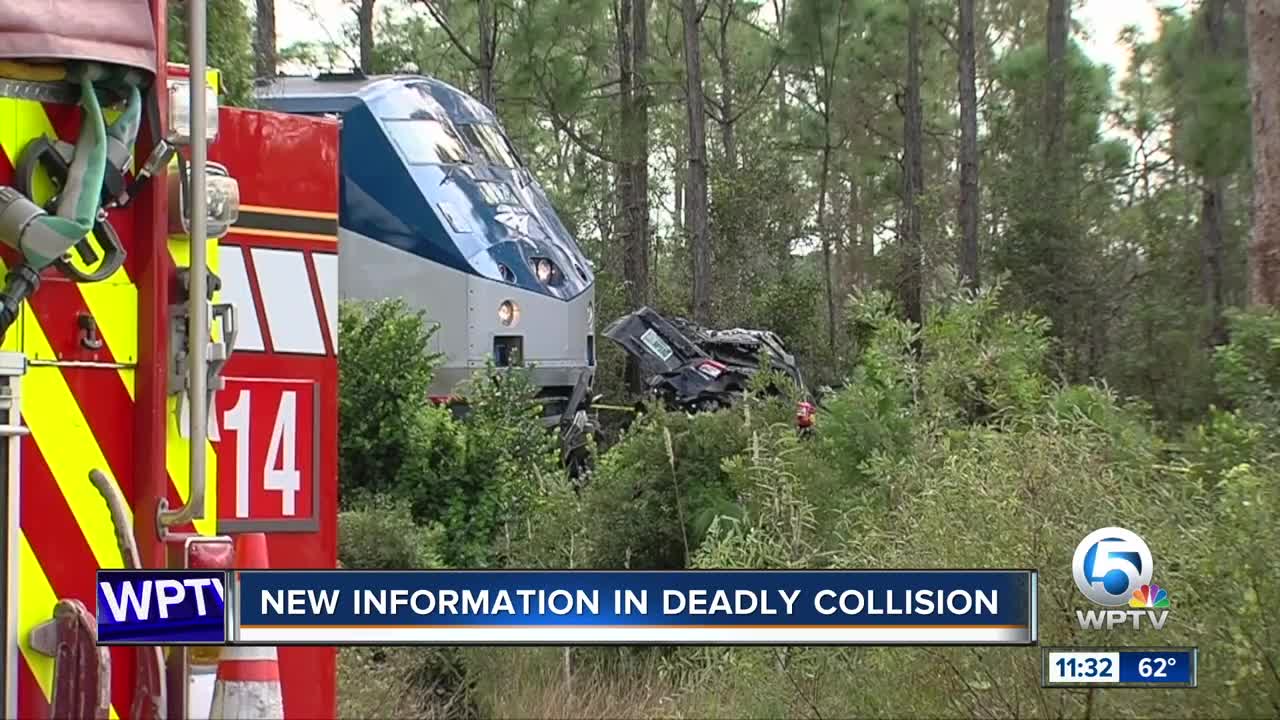 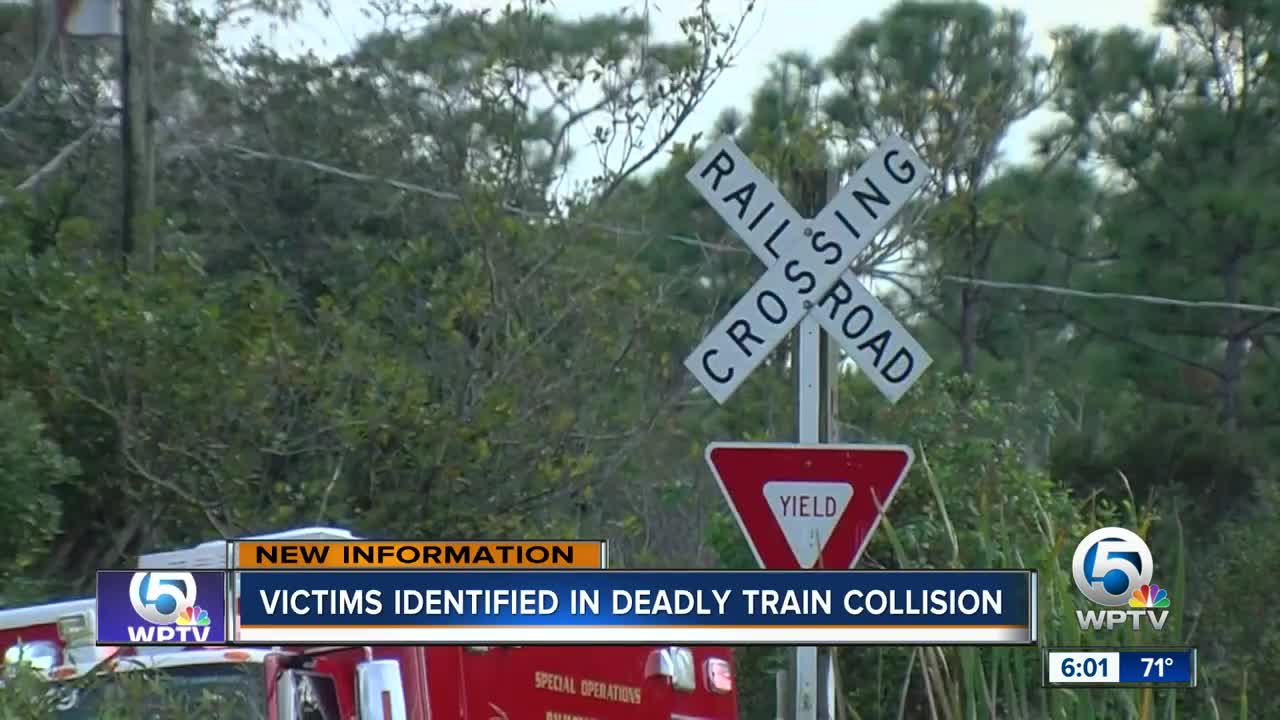 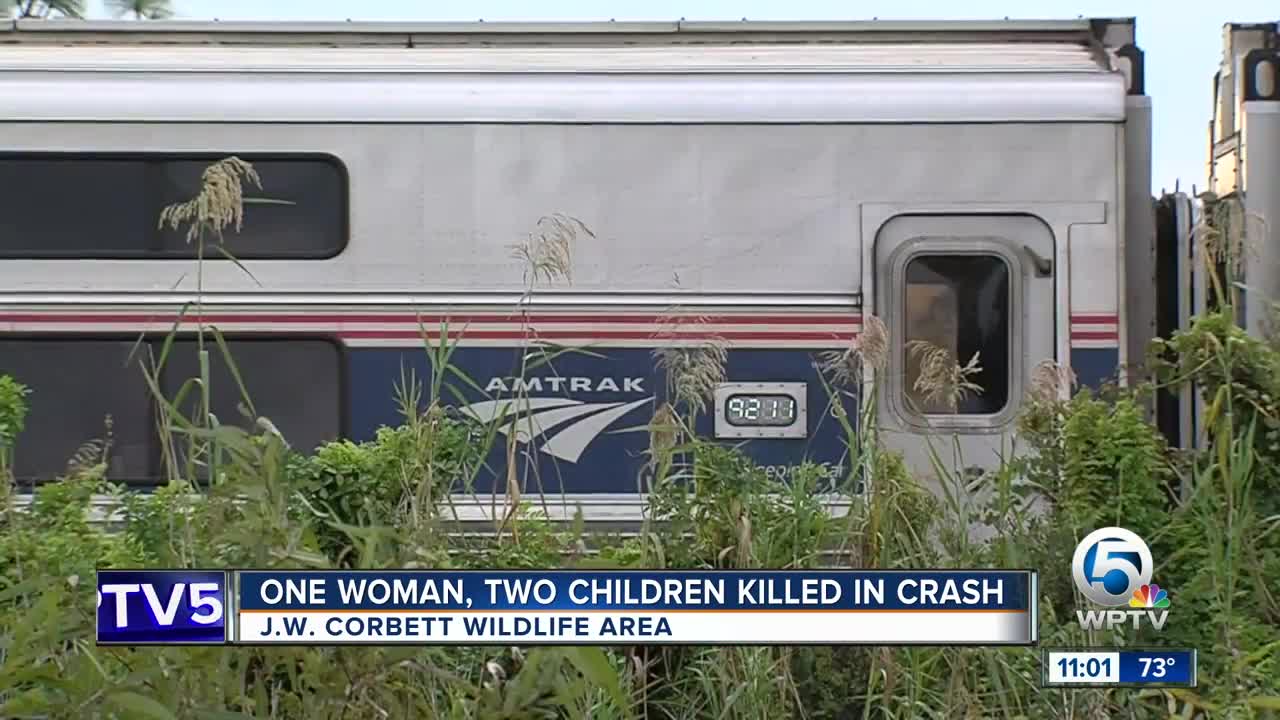 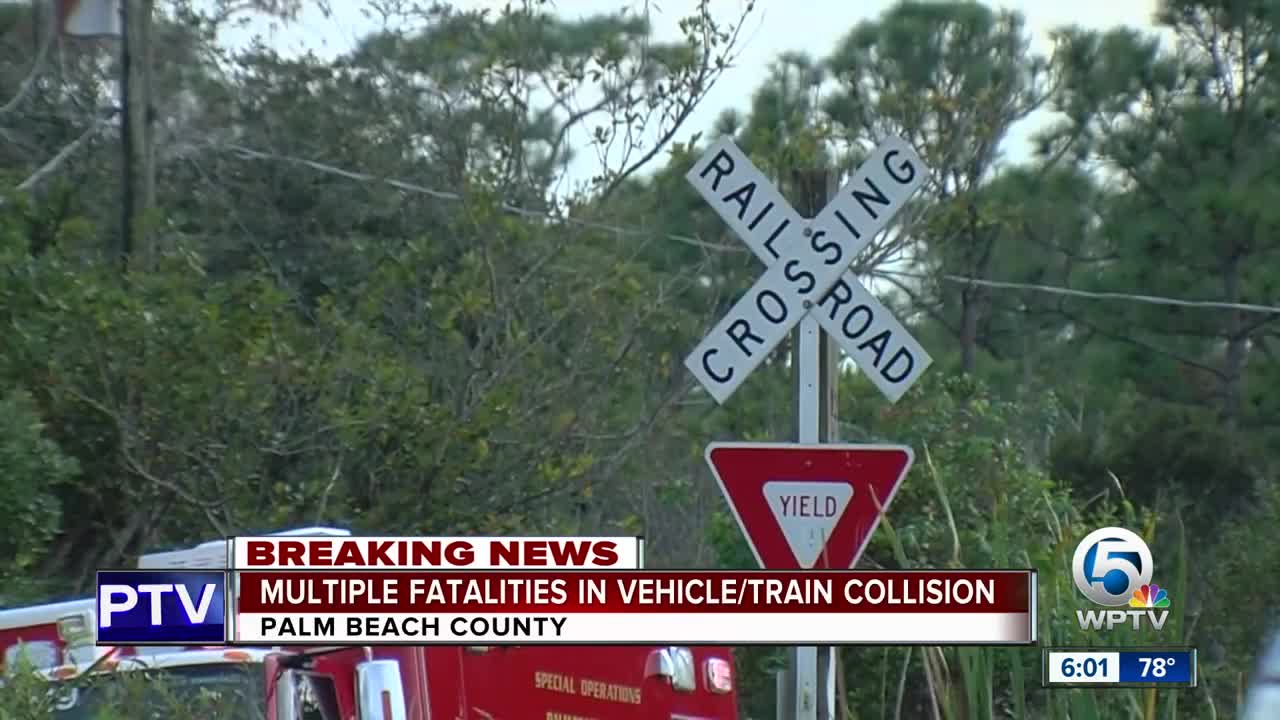 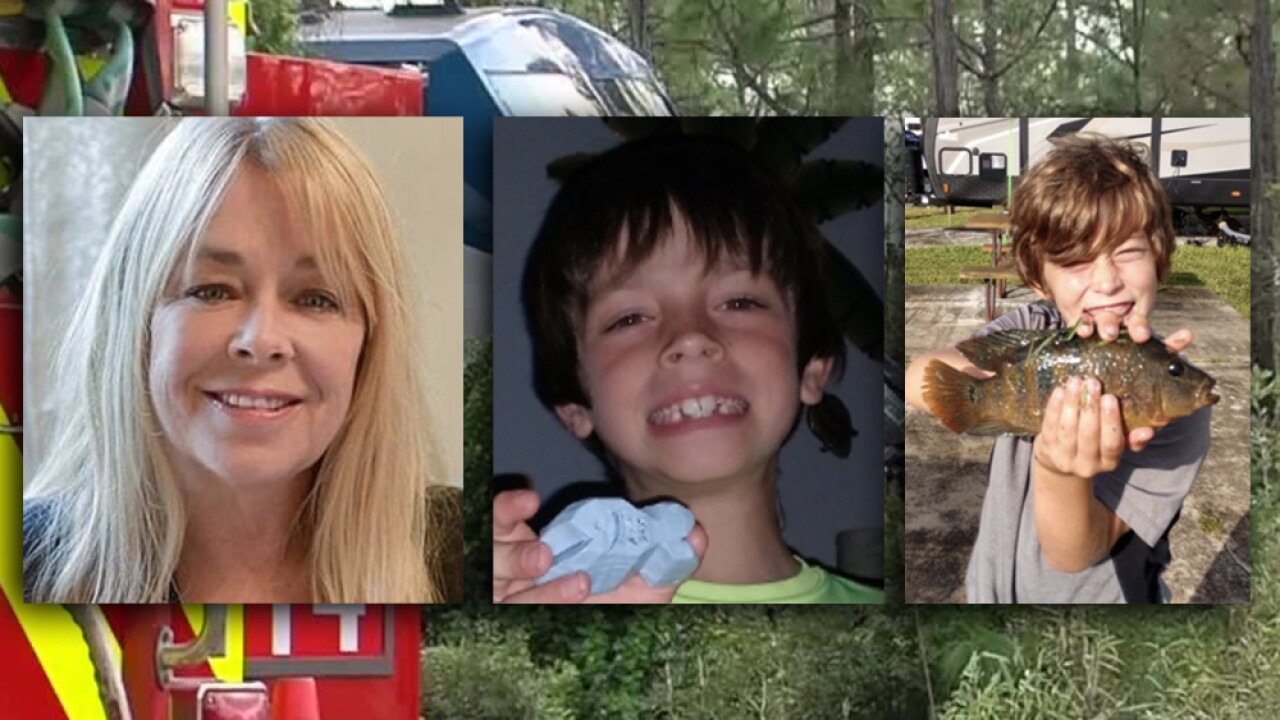 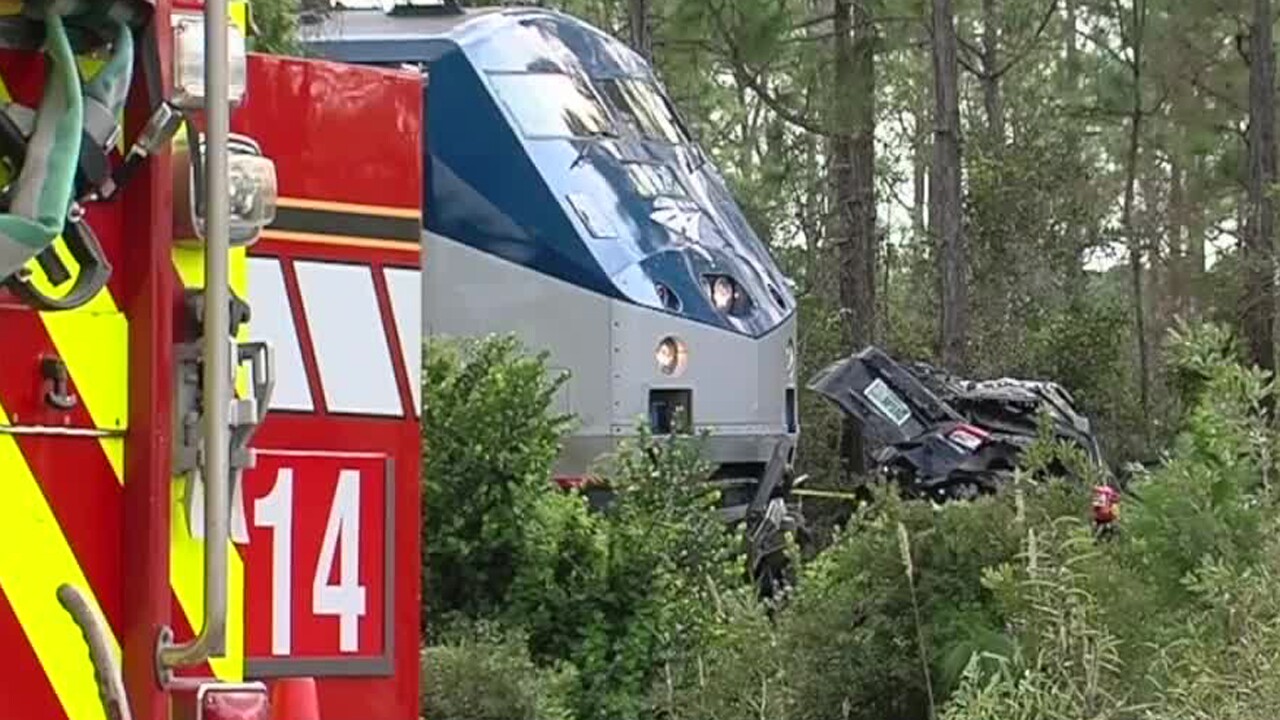 PALM BEACH COUNTY, Fla. — Family members are "devastated" after two young boys and a grandmother died when their SUV was hit by an Amtrak passenger train at a crossing without gates and no flashing lights in northern Palm Beach County.

Valery Jo Rintamaki, 58, of West Palm Beach and her grandchildren, 8-year-old Skyler Prestano and 10-year-old Tristan Prestano, both of Wellington, were killed Saturday near Jupiter as they drove near to a Cub Scout camping event.

“I’m devastated ... there’s no other word,” said David Peat, about the deaths of his grandsons who lived with him and his wife Mary in Wellington. “I keep waiting for them to walk through the door and we know they are not.”

Peat, who previously was married to Rintamaki, added: “Not only did I lose my boys, but my children lost their mother. Just all the way around it’s awful.”

The crash happened at 2 p.m. near the 18000 block of Beeline Hwy. at the entrance to the Corbett Wildlife Management Area near Jupiter.

Rintamaki and the boys were going to an overnight camping trip, according to Peat, who planned to pick up the boys Sunday.

"They loved to ride their dirt bikes," Peat said. “They were boys … they liked to fight, run, play basketball, karate, diving and Cub Scouts.”

Tristan and Skyler attended New Horizons Elementary School and were members of Cub Scouts Pack 208, both in Wellington.

"The passing of a child may be particularly difficult for some of our students who may be dealing with the death of someone they know for the first time. On Monday, December second, when students return to school, grief counselors will be available to support students and staff in the wake of this tragedy."

The Gulf Stream Council of Boy Scouts of America also offered its condolences through this statement from CEO Terrence Hamilton.

"This is an extremely difficult time for our Scouting family. We are deeply saddened to confirm the deaths of two Scouts and a parent following a tragic car accident. We are mindful of the effect this incident may have on our local Scouting community, and grief counselors will be made available to care for our youth members and adult volunteers."

PBSO said Rintamaki was driving a 2018 Suburu Outback loaded with camping equipment, and slowed down as she began crossing the railroad tracks. She failed to yield for the train, and the front of the train impacted the side of her vehicle.

Firefighters at the scene said the heavily damaged vehicle was pushed about a half-mile north from the crossing, which only has railroad yield signs.

Peat is concerned the crossing had no guard gates, flashing lights or anything to warn of an approaching train. His long-time friend, State Rep. Matt Willhite, who also lives close to the boys, is now investigating and has reached out to the state.

“We’re trying to do some fact finding right now to find out what is required did it meet the standards and even if it did what more we can do to try and make this safer,” Willhite said.

CSX Transportation owns the tracks. It offered its condolences, but says FDOT is responsible for all warning devices.

The Florida Department of Transportation referred us to CSX.

The FRA will investigate the collision and pass on its findings to the National Transportation Safety Board, an NTSB spokesman told WPTV.

According to FRA statistics, 2,217 highway-rail grade crossing collisions occurred in 2018 with 262 fatalities.

There were no injuries to any of the 200 passengers or crew members inside the train, said Christina E. Leeds, senior director of public relations for Amtrak.

Two people have been killed by Amtrak trains in South Florida on the same route since June.

On June 27, a pedestrian was killed in the railroad tracks by the northbound Amtrak 92 train in Deerfield Beach.

On Oct. 30, a bicyclist was struck and killed by an Amtrak train as it approached the SW 18th St. crossing in Boca Raton

BREAKING: multiple fatalities reported in an @Amtrak passenger train vs vehicle accident along the 18000 block of Beeline Hwy at the entrance to the Corbett Area. Happened around 2pm. No injuries to train passengers. @WPTV pic.twitter.com/gXTTQZqDhf