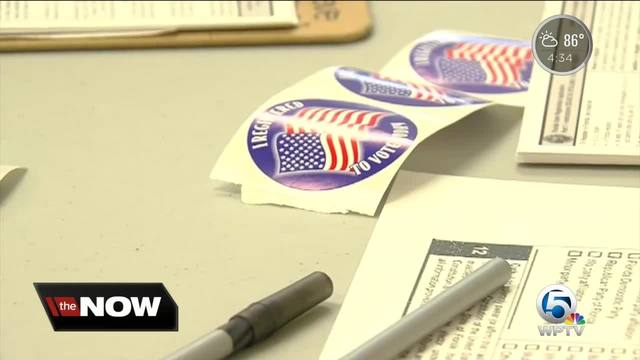 An increase in safety at schools is also providing challenges to the poll selection process. 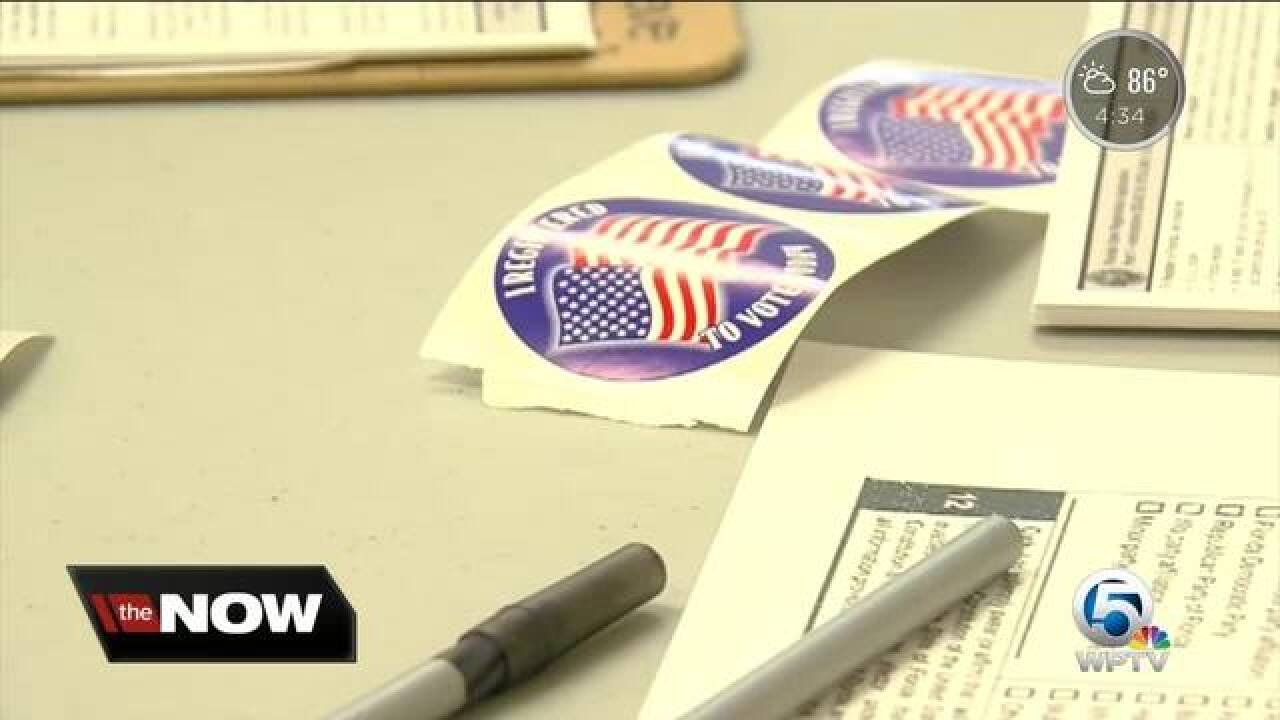 They are the people that greet you on Election Day and they go through an hour of training to make sure you get your ballot and vote, they are poll workers. Thousands of poll workers have already started training in Palm Beach County.

For the next four to five weeks, instructors at the Supervisor of Elections Office will train potential poll workers, but what determines whether they get hired is if they can keep up with technology.

There's a lot to keep track of for the November election; a longer ballet, new amendments.

"I've been a poll worker for a few years now," said Ann Lemos of Lake Worth.

Lemos agrees training is constantly changing, especially when you throw iPads into the mix.

"We get practice," said Lemos.

5200 poll workers will be hired to work at more than 400 polling sites on Election Day. Palm Beach County Supervisor of Elections Susan Bucher said they will be training for the next 40 days or so.

Supervisors of Elections across the state say recruiting poll workers have been challenging, especially when the majority are retired and not too familiar with the advances in technology. Lemos said she does fine to keep up.

If they pass a test, they get the job.

"A little anxious, nauseous, but I'm hoping I do good," said Jennifer Ford of Belle Glade.

Ford said she needs the work and this job means a lot to her.

"This is something we need, we need more people to vote," said Ford.

Inspectors are the poll workers who will greet voters and look them up on mini iPads to get them checked in. Bucher said with cybersecurity on everyone's mind if a problem with one iPad surfaces, it's taken out of service and a new one is used.

"Each iPad is licensed ad encrypted and downloaded separately so if somebody wanted to create havoc at the polling location they would actually have to target each iPad individually," added Bucher.

Voters are still using paper ballots. And the machines scanning the ballots are not linked to the internet. Those cartridges are securely transported to be uploaded.

Bucher said in the last four years, Palm Beach County's voters have grown by more than 300-thousand, that creates a challenge to finding enough polling locations. This year there are 478 with 118 of those being schools.

Supervisors of Elections across the state say schools are becoming less interested in participating as polling locations because of the risk it poses to school safety.

In Palm Beach County the School Board voted to make Election Day a Teacher Planning Day so voters will not have any interaction with students.