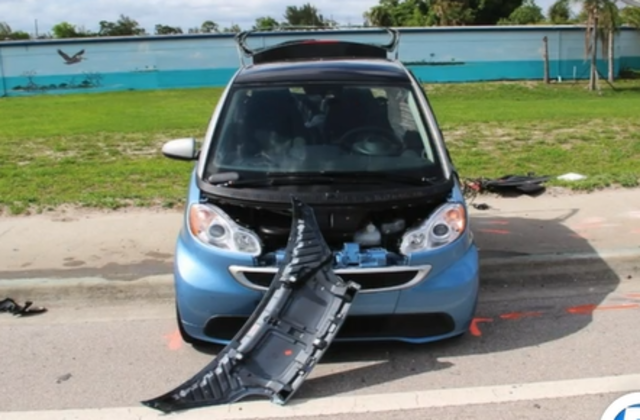 A traffic investigator with the Palm Beach County Sheriff's Office was called to testify against another deputy. 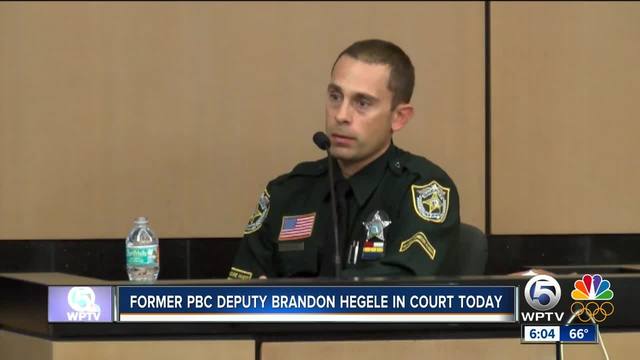 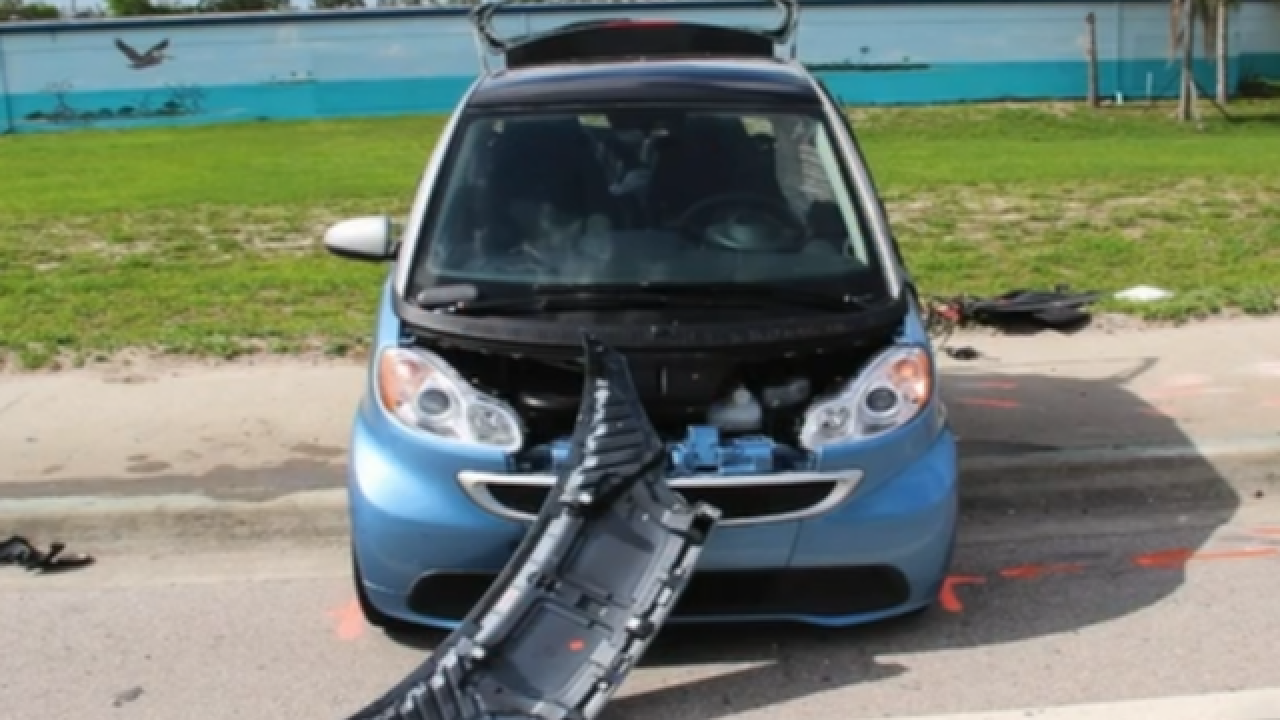 Startling dash cam video of a Palm Beach County Sheriff deputy’s cruiser was front and center during the trial on Wednesday.

Deputy Brandon Hegele was driving recklessly when his car slammed into a smart car going 100 miles per hour, leaving the driver severely injured.

The state and defense both called their expert witnesses to testify in court.

Palm Beach County depth and vehicle homicide investigator Robert Stephan, testified that deputy Hegele was the cause of the accident.

Hegele was driving over 100 miles per hour, ignoring orders to stop pursuing a wanted vehicle, and smashed into Harry Deshommes in the smart car.

“The driving actions of Deputy Hegele are 100% the cause of this crash,” said Stephan.

The defense had a blown up picture from the dash cam video, arguing Deshommes was distracted while driving.

“Do you see a rectangular object inside the smart car that is in between the windshield,” asked attorney Scott Richardson. He asked Stephan to point out where he saw the rectangular object and if it looked like the shape of a cell phone, Stephan said most likely.

The defense called on a forensic engineer, Michael Urban who said the lane the smart car turned into was a factor in the crash.

Urban said if Deshommes would have stayed in the second to left lane, the crash wouldn’t have happened.

Under cross examination Urban agreed that if Hegeles had his light and sirens on, it would have helped make Deshommes aware of him approaching at such a high speed.