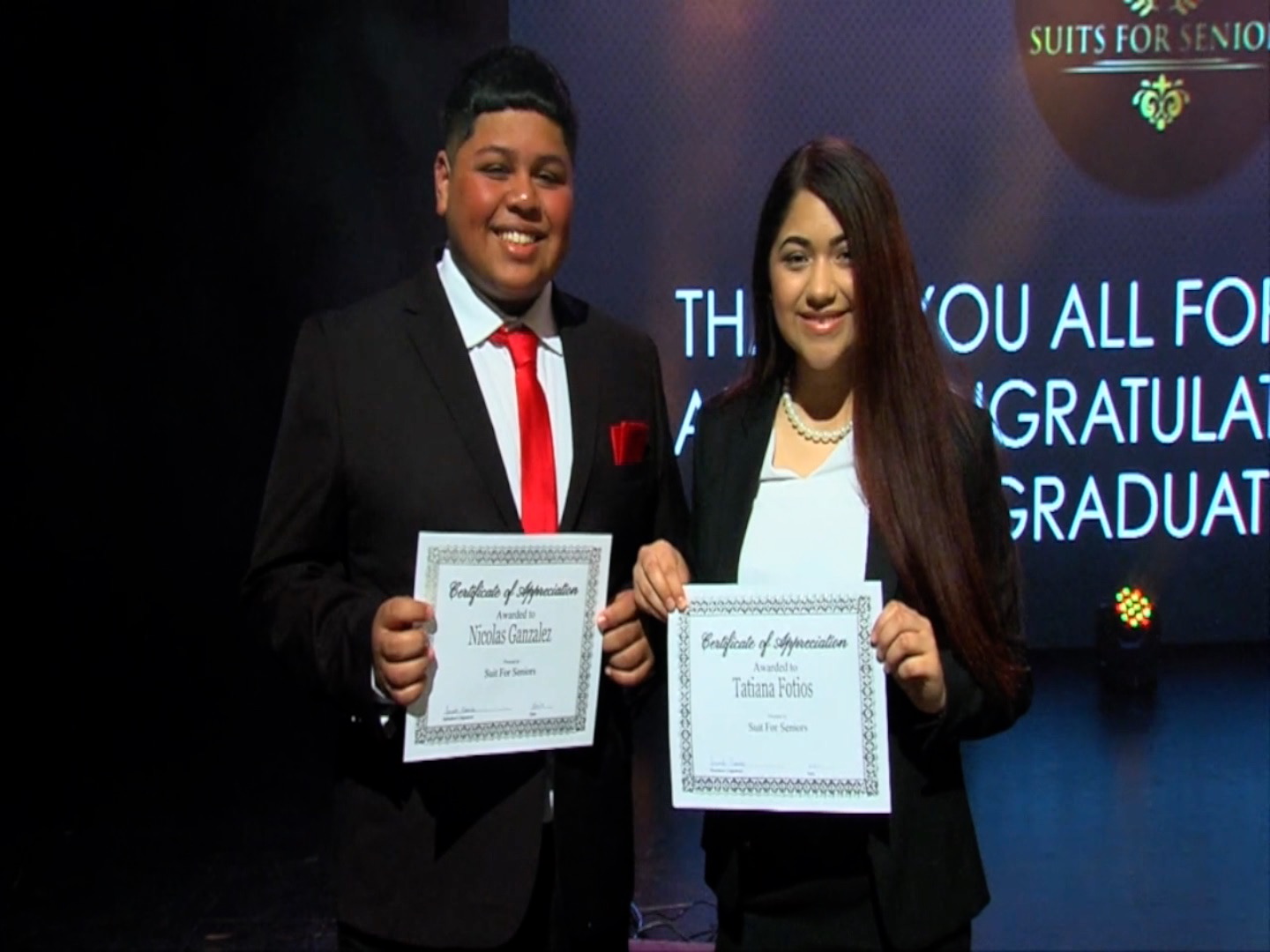 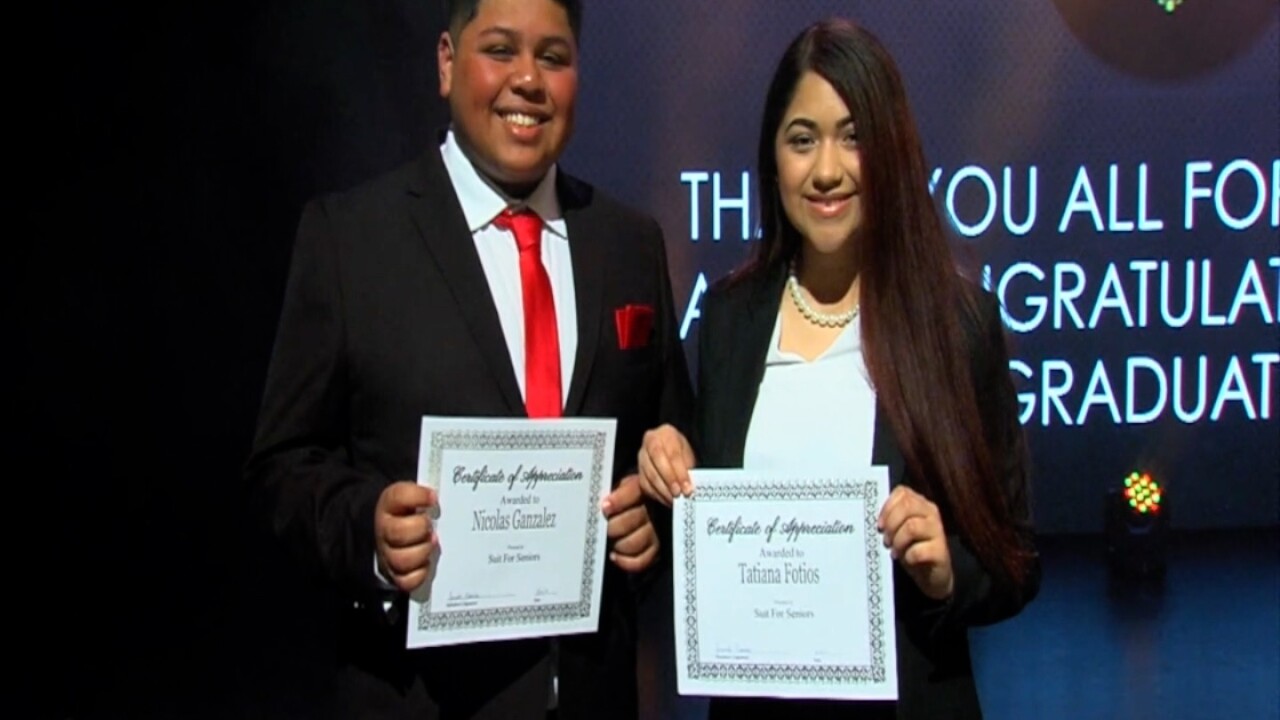 Eight weeks ago, Senior Tatiana Fotios had low grades and no plan.

Eight weeks ago, senior Nicolas Gonzalez had a 4.2 GPA, but he had no plans on college.

“I didn’t know how to use my greatness to my advantage,” he said.

Both of them are among 25 seniors at Palm Beach Lakes who completed the two-month program.

“Our kids need to be exposed to be we what they want to do,” said Jervonte Edmonds, the CEO and founder of Suits for Seniors.

Mayors, police chiefs, judges, bankers all spoke to them to inspire, to think big.

“We make sure they have goals and know the right steps to be successful,” Edmonds said.

A pearl necklace and a jacket for the women, a jacket and tie for the men earned and fitted Wednesday.

“I will be going to Palm Beach State after I graduate,” said Fotios as she choked up, speaking to the crowd inside the auditorium at Palm Beach Lakes.

“I am proud of my growth. That was like, from here, to here,” she said moving her hands from low to high later during an interview. “Now I can follow my dreams.”

“I applied for college, I got accepted to Florida Atlantic University,” Gonzalez said.

The program also focuses on surrounding yourself with people who push you in the right direction.

“When I started ‘Suits for Seniors’ I had five or six friends and now I have three. He’s one of them, Nicolas. And he’s been there for everything,” Fotios said.

Tatiana wants to be a West Palm Beach police officer, Nicolas a businessman.

Suits for Seniors is in its third year. It’s all over Florida, but mainly in South Florida.