Study says South Florida one of the most dangerous cities for pedestrian deaths in the U.S. 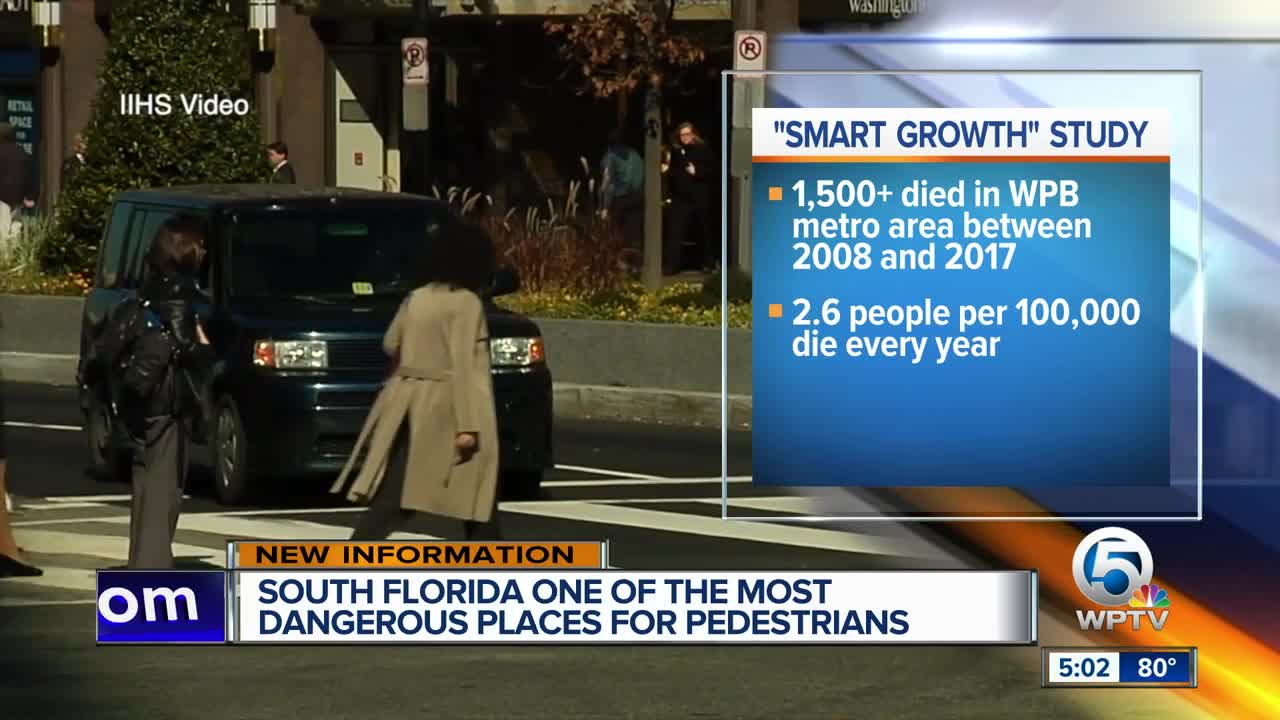 A recent study lists West Palm Beach as the 14th most dangerous metro area in the country when it comes to auto pedestrian accidents.

The study was conducted by the non-profit organization, “Smart Growth America,” and analyzed auto pedestrian crashes from 2008 to 2017.

During those years, data shows that drivers struck and killed 49,340 people who were walking on streets all across the United States. The study found that 5,433 of the deaths occurred in Florida.

Florida ranked as the most dangerous state for pedestrians and had eight of the top 10 most dangerous metro areas. The Orlando-Kissimmee-Sanford area ranked No. 1 in the U.S.

West Palm Beach’s Vision Zero program started last year with a goal of having zero fatalities and serious injuries by 2020.

Data from the city shows a more than 20 percent decline for crashes involving pedestrians and bicyclists, 23 percent and 26.7 percent, respectively from 2017 to 2018.

City staff say the success of the program is centered around engineering education and enforcement.