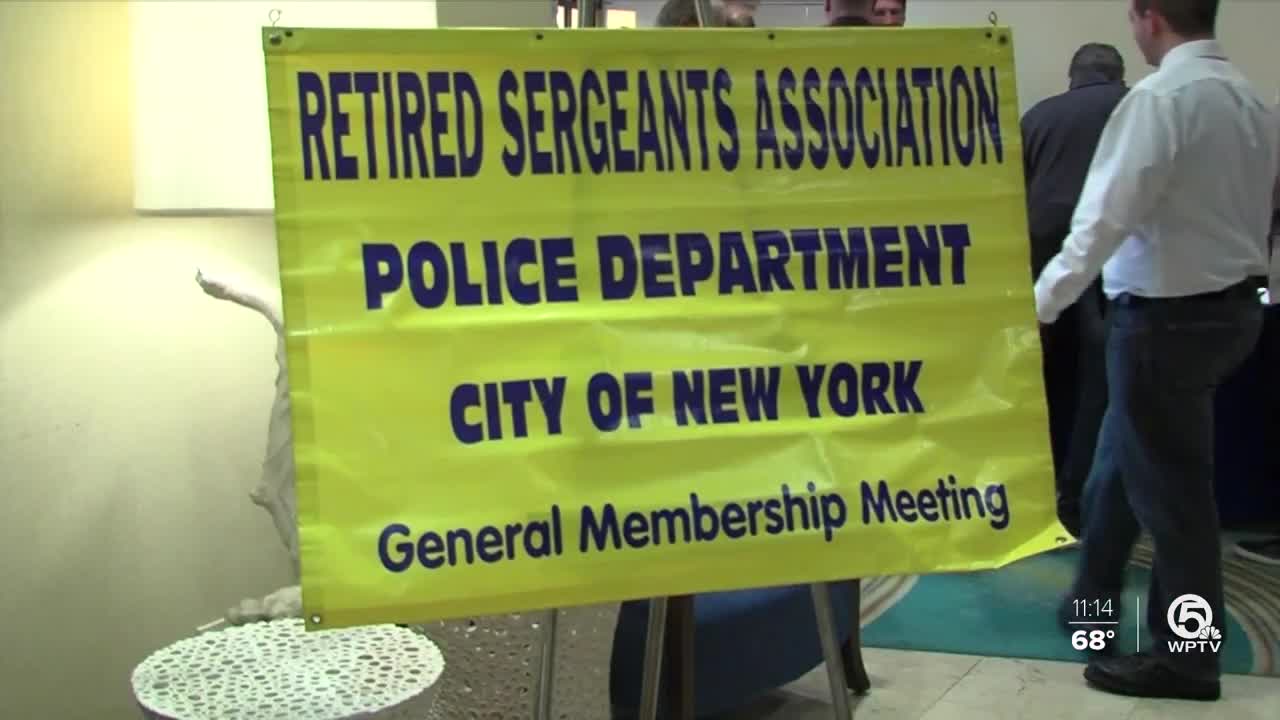 The gathering is for retired sergeants and New York City first responders. It's a chance to inform them about the World Trade Center Health Program and the Victim Compensation Fund.

RIVIERA BEACH, Fla. — John Lombardo worked as a New York City police officer for 20 years. He actually took the test to be an officer in high school.

"I was too young, so they put me on a recruitment and retention list. And then in while I was in college they called me back and I entered the New York City Police Department and I made a career of it," he said.

A defining moment in his life and many others in his profession was Sept. 11, 2001.

"My lieutenant called me and said John we need you to get in we've been mobilized there's been a plane crash into the trade center. As I drove in, I was able to see the second plane hit the tower," said Lombardo.

Lombardo, and many others who joined him at a meeting Wednesday in Singer Island, responded on 9/11 when duty called.

Now, many of them have ailments as a result of 9/11. The gathering is for retired sergeants and New York City first responders. It's a chance to inform them about the World Trade Center Health Program and the Victim Compensation Fund.

"There are 77,000 people that are involved in the World Trade Center Health Program. But we're talking about a population pool of 425,000," former Sergeant Richard Alles said.

He says, the battle to extend help began in 2007 the year after Detective James Zadroga passed away. The James Zadroga 9/11 Health and Compensation Act passed in 2010. Out of that came the World Trade Health Program and the Victim Compensation Fund.

"Last year in 2019 we got the Victims Compensation Fund with the help of John Stewart permanently in place," Alles said.

Lombardo says, there should have never been a debate on extending the funding.

"You didn't have a problem telling us that morning get in there, help, do what you got to do... .but now you have a problem when we're all getting sick," he said.

You can learn more about the group's efforts and information by clicking this link.