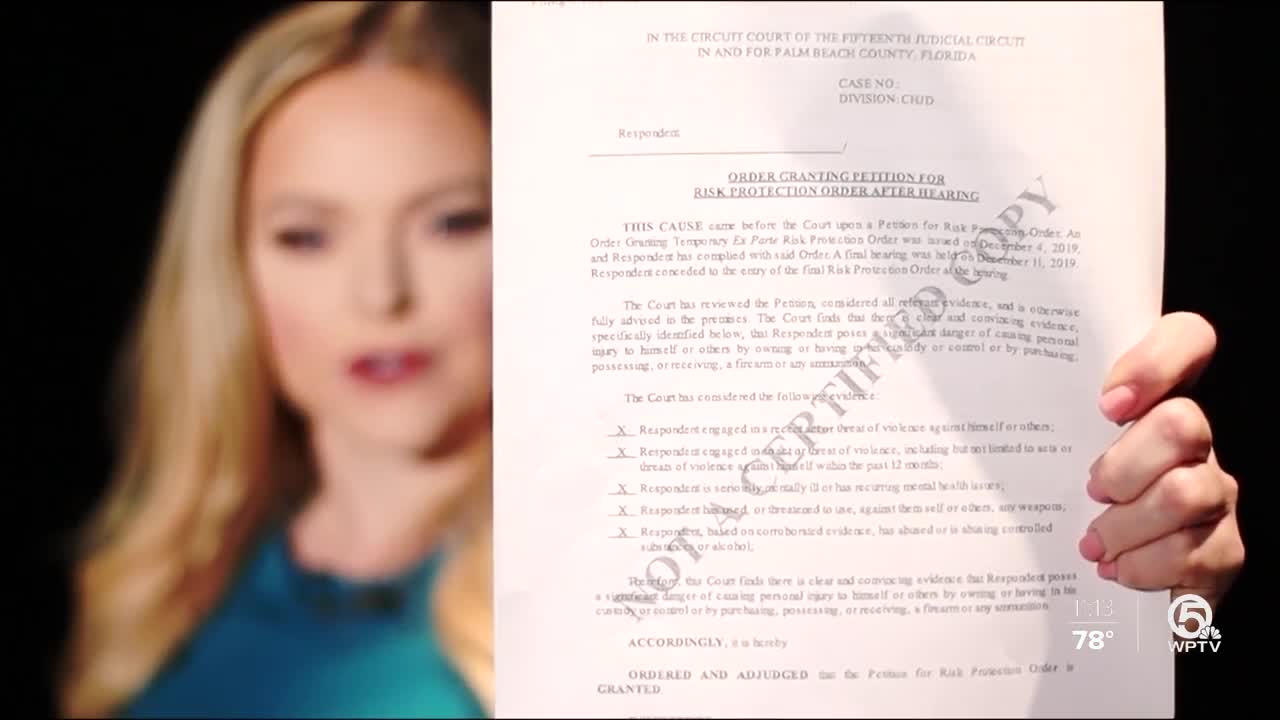 With gun rights and mental health in the crosshairs of a national debate, and the Parkland massacre at their heels, in March 2018, Floridian lawmakers passed a bill aimed at keeping guns away from dangerous people. 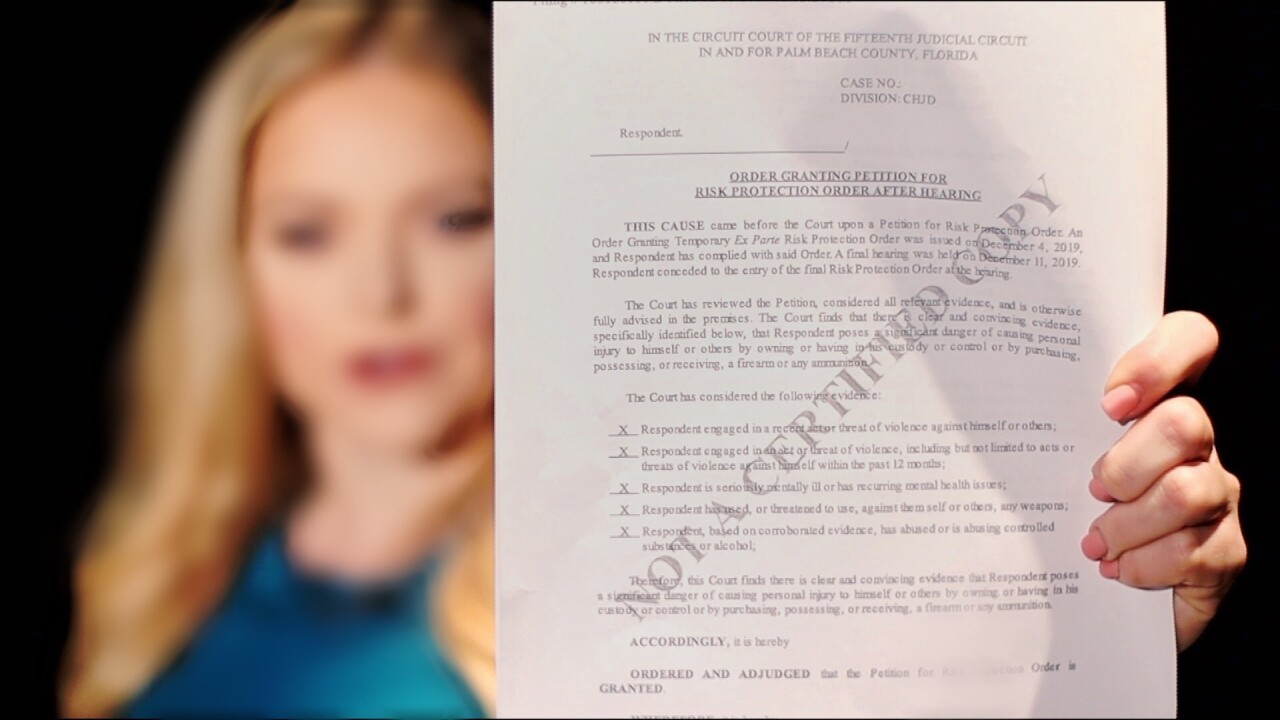 WEST PALM BEACH, Fla. -- With gun rights and mental health in the crosshairs of a national debate, and the Parkland massacre at their heels, in March 2018, Floridian lawmakers passed a bill aimed at keeping guns away from dangerous people.

It’s called a red flag law, and Florida is now one of 17 states to enact one.

(Scroll down to see how many risk protection orders were filed statewide, broken down by county.)

Before the law was passed, if someone was a danger to themselves or society, but was not charged with a crime, police could only take away weapons if the aggressor had a restraining order filed against them. Those are typically filed by victimized individuals and can take two weeks to approve.

“It’s kind of like a breather for everybody to step back, and assess the situation,” said Adam Fetterman, general counsel for the St. Lucie County Sheriff’s Office.

“We had one situation where we had a known drug addict. He had injected heroin, MDMA and flakka into his system. Deputies found him literally covered in blood,” said Fetterman, recounting one of his cases where a risk protection order was used. “In another case, we had an elderly man in urine soaked pajamas, vomit all over his shirt, and he’s carrying around a loaded Glock pistol … turns out he suffered from dementia.”

Fetterman has filed 33 risk protection order under Florida red flag law, on behalf of the sheriff’s office. All 33 cases were granted.

“Another situation? There was a domestic violence issue….and he did not want to give up his firearms. His wife was in fear, literally in fear of her safety,” Fetterman told Contact 5 investigator Merris Badcock.

Fetterman isn’t the only one with a high success rate. Contact 5 found, out of the 90 risk protection orders filed in Palm Beach County, 83 were granted. That is a 92 percent success rate.

Looking at the alternative, Contact 5 found only 20 percent of restraining orders were granted in Palm Beach County from 2015 to 2017, compared the initial number of requests filed to get one.

“You aren’t always dealing with sane individuals, and if they have access to weapons, that is a very significant danger to society and to that individual victim,” said victim’s rights attorney Stephanie Cagnet Myron.

Cagnet Myron represents numerous domestic violence survivors, oftentimes helping them file restraining orders against their attackers. However, after the initial filing, a judge can take up to two weeks before deciding whether or not to grant a restraining order.

“In that period of time, who knows what can happen,” said Cagnet Myron. While survivors wait for the judge’s ruling, aggressors can still access or purchase weapons.

When a risk protection order is granted, guns are either turned over to law enforcement or a family member or friend for safe keeping for the next year.

The risk protection order also turns up on national databases and “red flags” the person from buying any new weapons.

Folks can petition to get back their guns before the risk protection order expires, if they have a clean bill of health of a licensed psychiatrist.

Fetterman is quick to point out however, that this is not a tool that should be abused. “This is not just being used in a willy-nilly manner to take people’s rights away,” said Fetterman. “No one in law enforcement is Pollyannish enough or naive to think that this is the only solution or that it’s a perfect one. But it is one of the solution that I believe will allow us to save numerous lives."

CLICK HERE TO VIEW A MAP OF ALL RISK PROTECTION ORDERS FILED BY COUNTY FROM MARCH 2018 - DEC. 2019