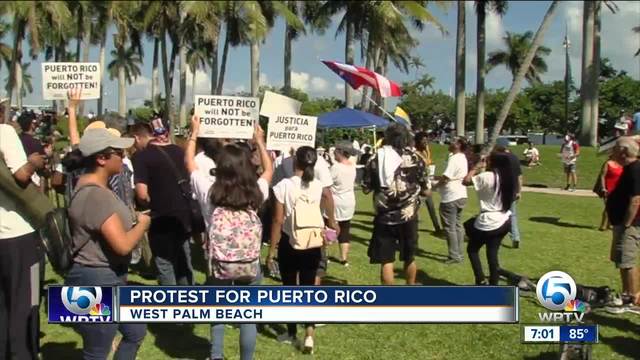 People from all across Florida gathered in West Palm Beach Saturday to rally for Puerto Rico after recent comments made by President Trump. 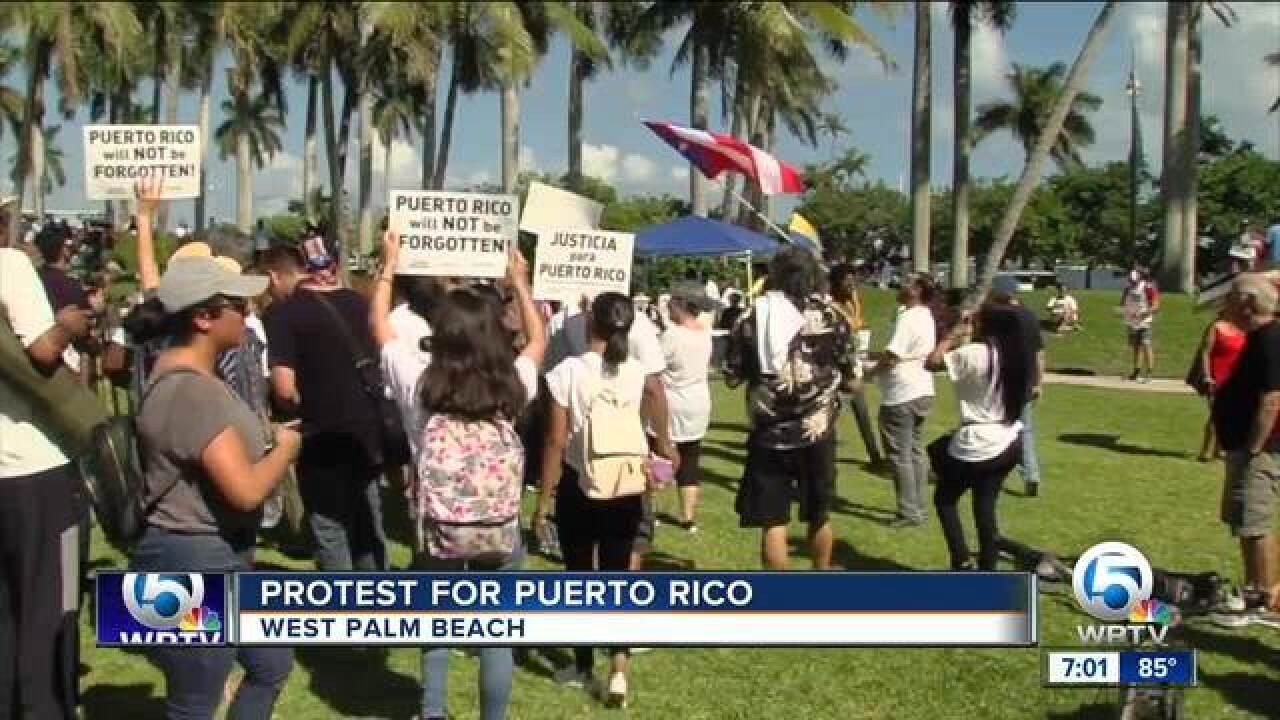 Hundreds of people gathered in downtown West Palm Beach Saturday to show support for Puerto Rico and people still recovering from Hurricane Maria, which made landfall on the island a year ago.

“If you believe President Trump deserves a 0 out of 10 for what the job was done in Puerto Rico let me here you,” shouted one speaker on stage.

Upset and feeling forgotten, the group just 2.5 miles away from Mar-a-Lago said the rally on Saturday was a way to remind others about the work that still needs to be done in Puerto Rico.

“We’ll keep fighting, the right way though,” said one attendee.

The message at the event was to fight through voting in the upcoming election on November 6th.

"I am here to tell you without apology that I am a friend of Puerto Rico today, and I will be a friend tomorrow, and the day after and the day after,” said Tallahassee Mayor and candidate for Florida governor Andrew Gillum.

Gillum made a surprise visit that had attendees flocking to the stage to listen to his message.

“Right now, especially Puerto Ricans are very furious about the death of 3000 people," said an attendee.
Senator Bill Nelson also spoke on stage, talking about his experience in Puerto Rico shortly after Hurricane Maria.
But what started as a peaceful protest for Puerto Rico quickly turned into a shouting match between a group of protestors and counter-protestors. However, after several minutes in a heated exchange police asked the Trump supporters to leave Meyer Amphitheater.
The event lasted several hours and ended with a candle light vigil to remember the lives lost in Puerto Rico after Hurricane Maria.
Copyright 2018 Scripps Media, Inc. All rights reserved. This material may not be published, broadcast, rewritten, or redistributed.