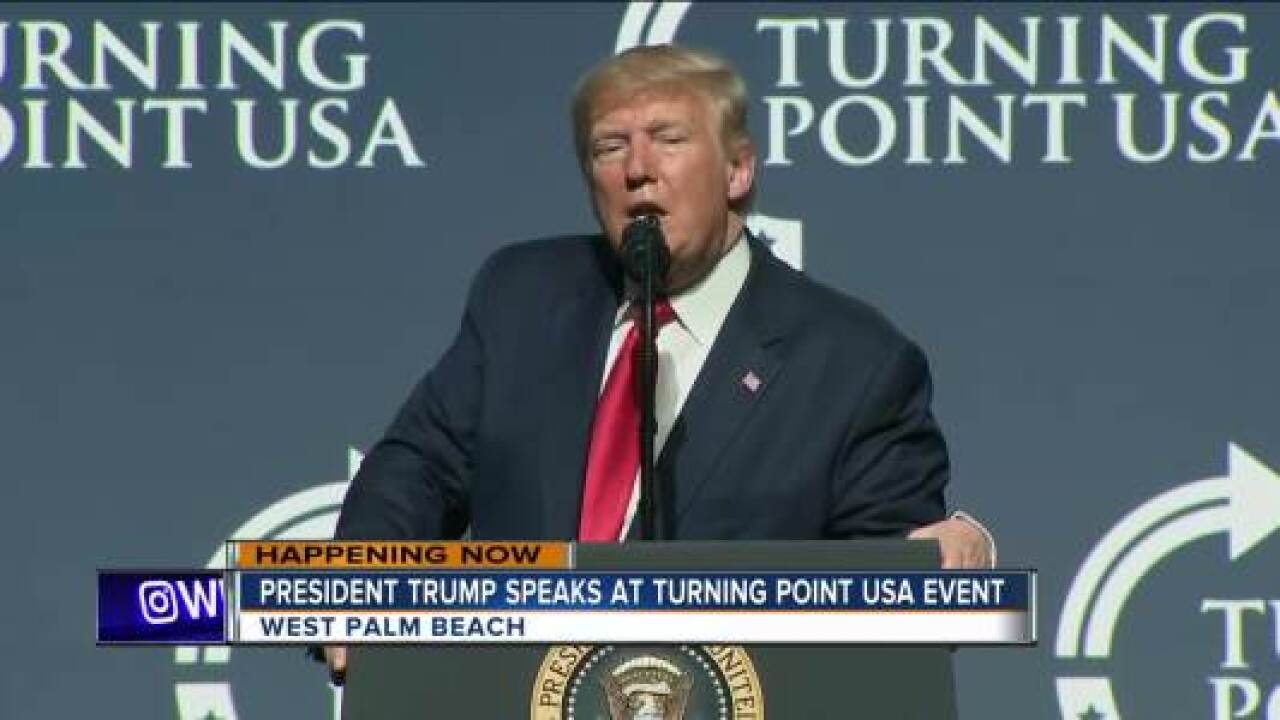 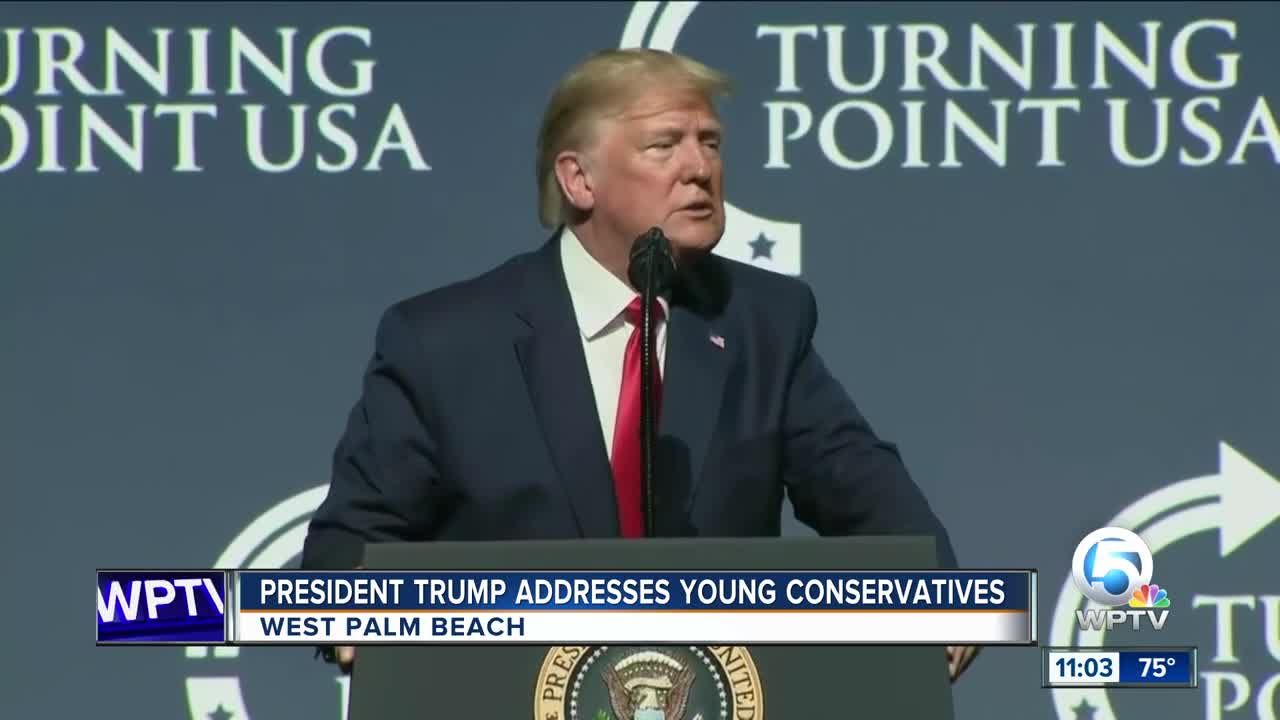 WEST PALM BEACH, Fla. — Donald Trump touted his accomplishments as president while blasting Democrats for impeaching him during a speech at Turning Point USA, a conference for young conservatives, Saturday afternoon at the Palm Beach County Convention Center.

The president spoke for one hour, 15 minutes to thousands of student activists between the ages of 15 and 25 from across the country who stood in the cavernous hall.

The president was scheduled to depart Mar-a-Lago at 4:35 p.m. but it wasn't until 5 p.m. he left with road restrictions in effect along the motorcade route, which includes Okeechobee Boulevard where the Convention Center is located. His campaign-style speech began at 5:25 p.m. and included references to young people.

“You’re the fearless young leaders and warriors who stare down the hatred of the radical left and bravely fight for our liberty, our values and God given freedom,” the President said.

The president also wasted no time lashing out at Democrats, and accused them of violating the Constitution, three days after being impeached by the House of Representatives. House Speaker Nancy Pelosi has yet to submit the two articles of impeachment to the Senate for trial on whether to remove him from office.

“There’s no crime, there’s no nothing. How do you impeach? You had no crime, even their people said there was no crime. In fact there’s no impeachment,” said Trump, who is seeking reelection in 2020.

Trump touted his record and focused on the economy, a declining unemployment rate and making big investments in the military.

“I also officially created the sixth branch of the U.S. Armed Forces, the Space Force,” he said.

The president’s motorcade arrived back at Mar-a-Lago just after 7 p.m., according to a White House pool report, as motorists faced road restrictions along the way.

On Saturday, his motorcade pulled into Trump International Golf Club at 10:11 a.m. His motorcade arrived back at Mar-a-Lago at 1:53 pm.

Road closures are in effect around Mar-a-Lago in Palm Beach. All forms of travel, including pedestrian travel, are prohibited on South Ocean Boulevard from the intersection of South County Road to Southern Boulevard. The travel restrictions also extend eastward to the ocean.

Flight restrictions from the Federal Aviation Administration indicate that Trump will be in town until Sunday, Jan. 5.

In Miami, he plans to launch an “Evangelicals for Trump” coalition on Jan. 3, according to an announcement Friday.