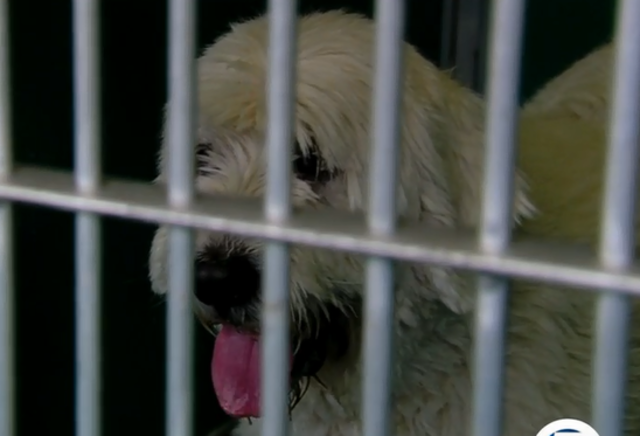 Palm Beach County's Animal Care and Control and Facilities Department have added portavble HVAC units inside each kennel to cool down temperatures during peak heat times. The move came after the county sought immediate solutions after an uproar on social media about hot animal cages inside the kennels. 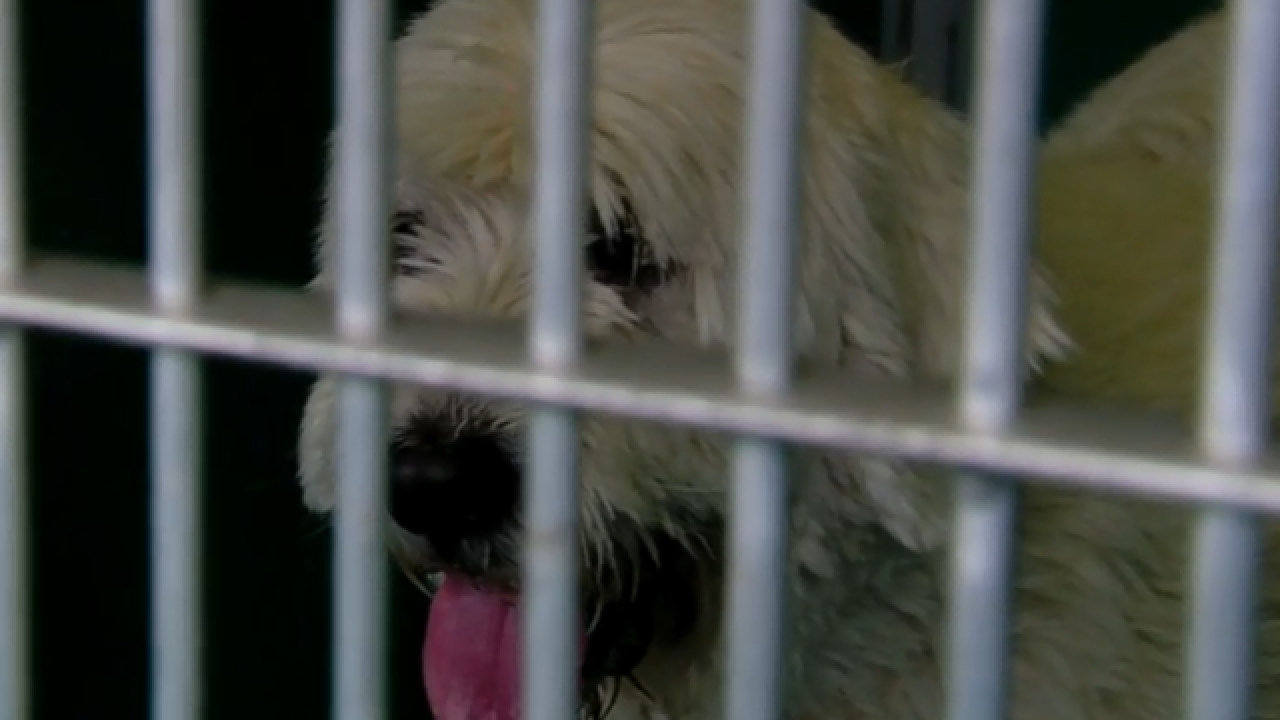 Palm Beach County's Animal Care and Control and Facilities Department have added portable HVAC units inside each kennel to cool down temperatures during peak heat times. The move came after the county sought immediate solutions after an uproar on social media about hot animal cages inside the kennels.

Sauve said the short-term fix was not a quick one. The kennels' electric panel is overwhelmed. She said the Facilities Department staff had to use power from the main building and run cables to the portable HVAC units.

The temperature gauge sitting in the middle of the kennel now reads 83 degrees. ACC also changed out lights to bulbs that do not emit heat. Sauve said there are back up plans in the works like spot coolers and misters in the event that the temperature does not stay low on hot days, but a permanent fix she says will have to be up to the county board of commissioners.

Sauve said the right type of AC for the building would be one that has up to 15 to 20 air changes per hour to prevent bacteria and viruses in the kennel. She says being an open admission shelter means dogs are not quarantined when they first arrive and if the airflow is not replaced it could cause problems.

ACC is planning to receive money from the county's penny sales tax, but those funds are slated to go to a much-needed isolated ward for sick animals Sauve said, and renovations to the spay and neuter surgical lab.

"When the economy crashed in 2008, maintenance on most county buildings had to be deferred, so it's all catching up with us," added Sauve.

WPTV has reached out to several county commissioners and is waiting on availability. On September 4th there is a public budget hearing where community members plan to express concerns and comment about finding a permanent solution for hot months at ACC.