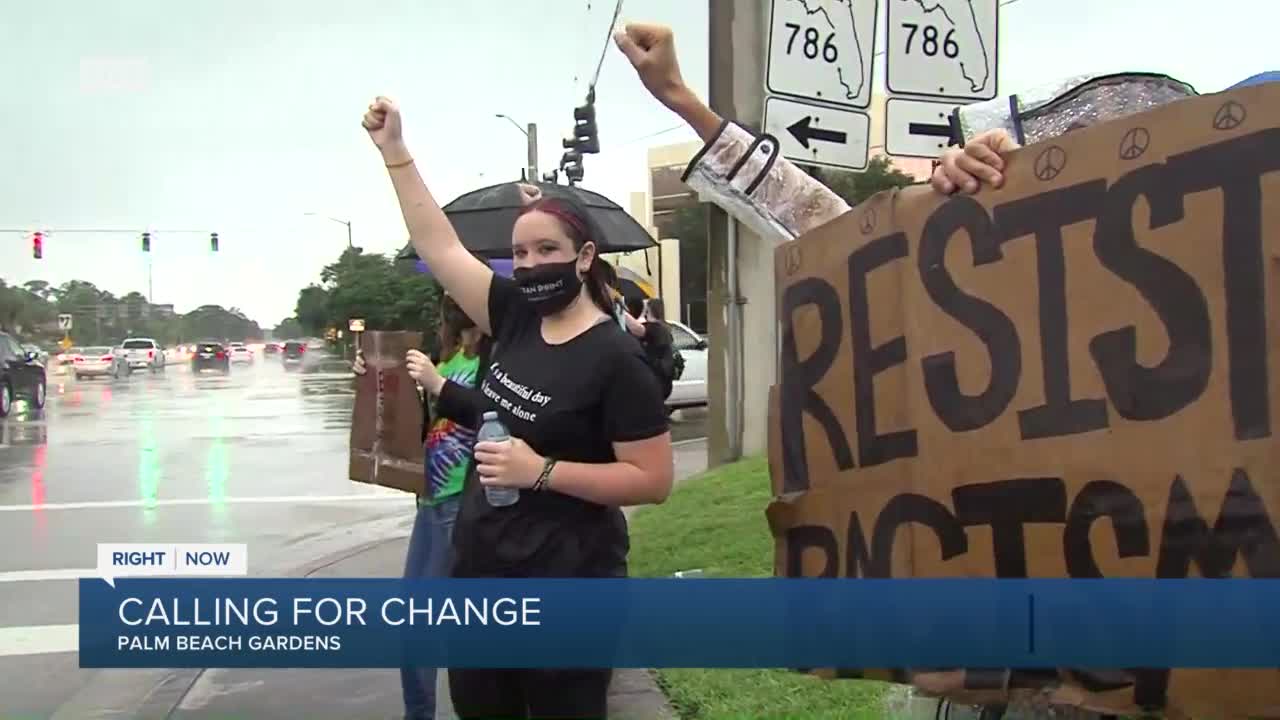 Heavy rain in Palm Beach Gardens did not stop peaceful protesters from standing on the street and calling for change after the death of George Floyd. 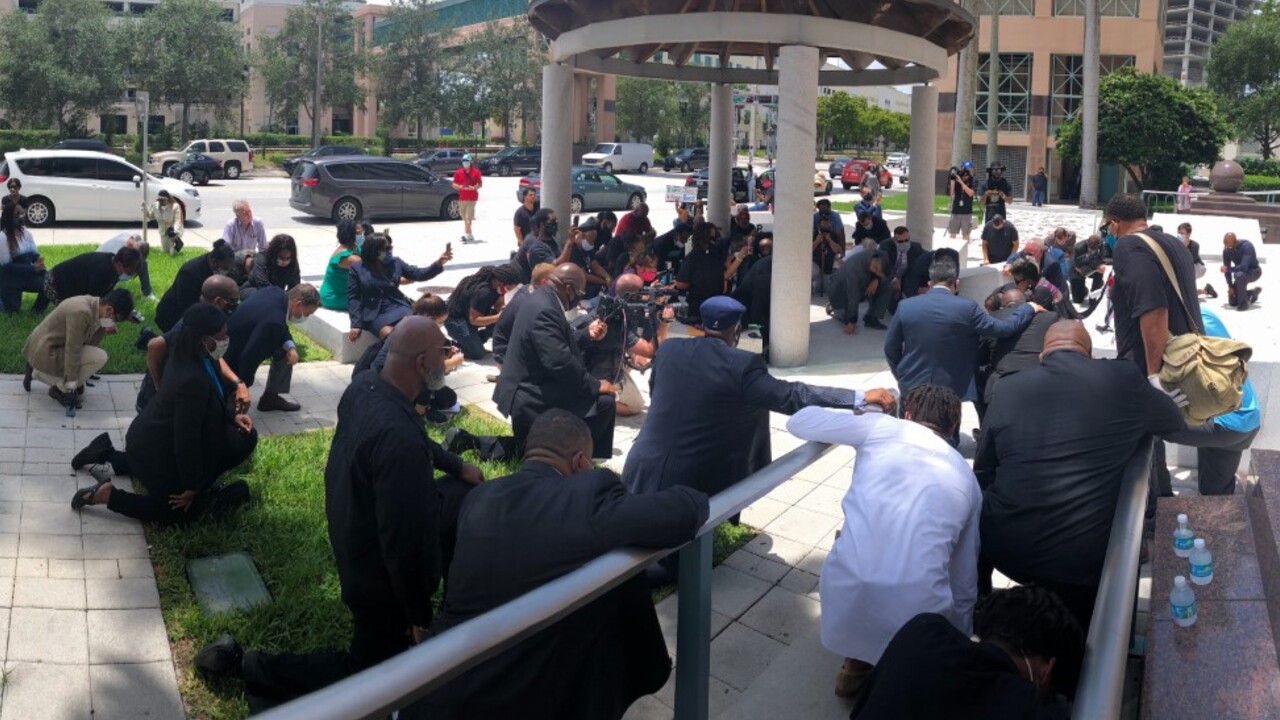 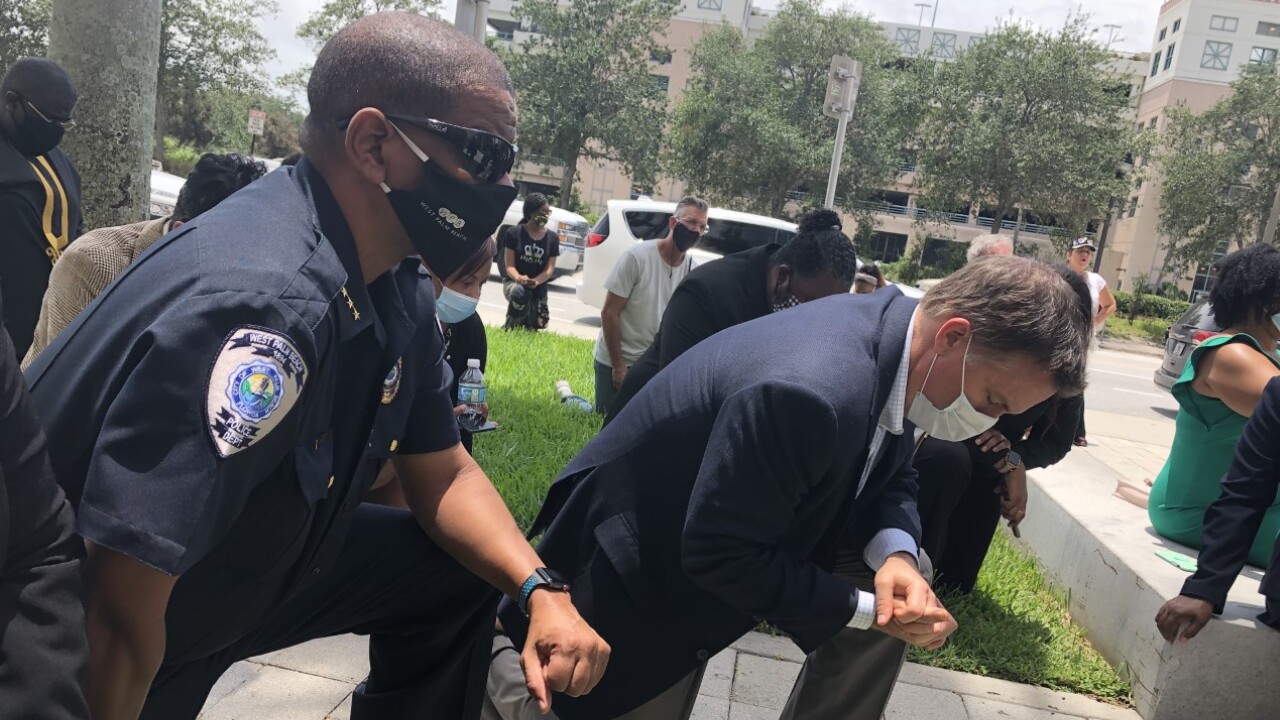 WEST PALM BEACH, Fla. — Dozens of local pastors, police and leaders came together on Friday during a moving rally in front of the Palm Beach County courthouse.

The Palm Beach County Clergy Alliance held a peaceful demonstration on the steps of the courthouse, praying and standing for racial justice following the police-involved death of George Floyd in Minneapolis.

"We want to be able to do things collectively, because much of what we see happening in society might have a lot to do with the disjointedness of even the Body of Christ," said Rev. Dr. J.R. Thicklin, president of the clergy alliance.

Pastors said our communities are divided and the key to coming together is for residents to be more accepting of one another.

"Christ and racism do not go together," said Thicklin. "You cannot say that you love God, yet hate his creation."

In an emotional moment during Friday afternoon's rally, police officers, including West Palm Beach Police Chief Frank Adderley, knelt with pastors in a moment of silence.

Later on Friday, dozens of demonstrators gathered at the intersection of PGA Boulevard and Military Trail in Palm Beach Gardens, holding signs and demanding justice for Floyd.

The group, which included parents and their young children, marched several blocks while chanting and spreading their message.