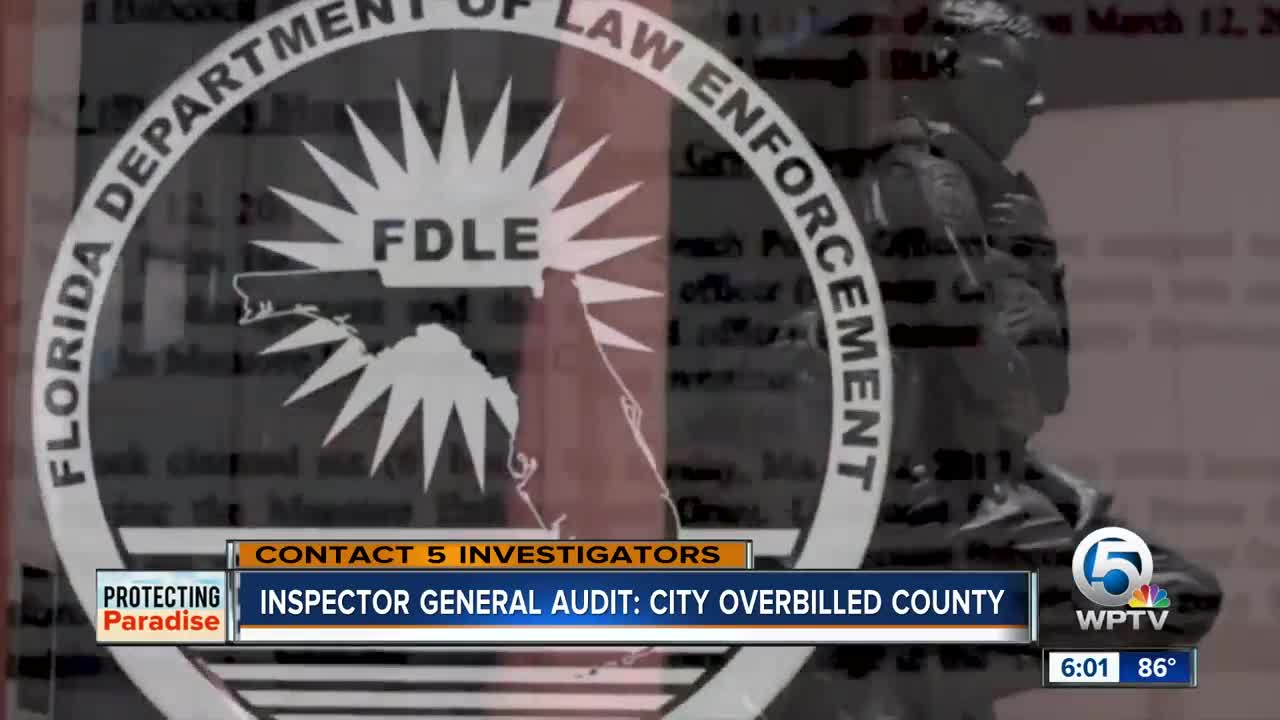 Thousands of taxpayer dollars are in question. That's what an audit by the Palm Beach County Office of Inspector General found after it looked into an issue WPTV first reported. 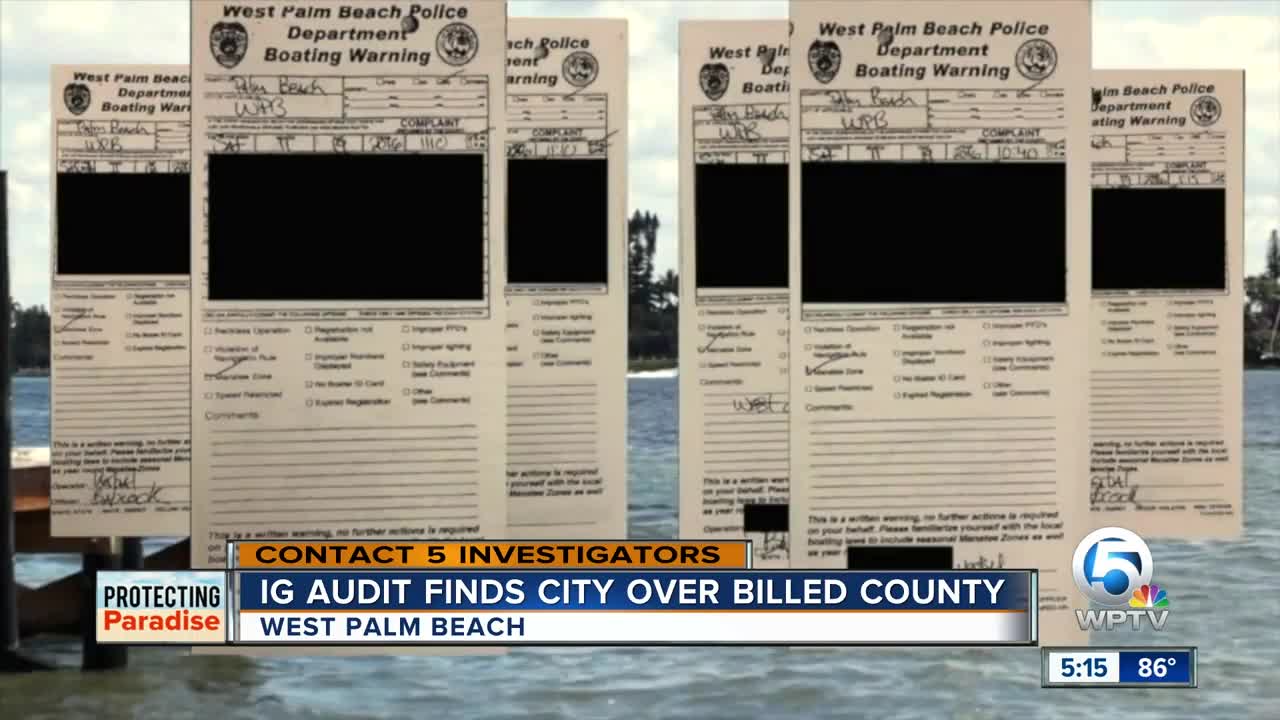 WEST PALM BEACH, Fla. — Thousands of taxpayer dollars are in question. That's what an audit by the Palm Beach County Office of Inspector General found after it looked into an issue WPTV first reported.

A WPTV investigation into allegations against a West Palm Beach Police Lieutenant paid to monitor manatee zones led to the Florida Department of Law Enforcement re-opening an investigation into the officer. Previously, FDLE investigated Lieutenant Gregory Babcock for claiming and getting paid over time hours he allegedly did not work.

In May, just a month after our report aired, the Office of Inspector General for Palm Beach County launched an audit of the last 5 years West Palm Beach Police officers have been paid for manatee enforcement by the county.

The city and county have an agreement where police officers who sign up to monitor manatee zones in the waterway get paid $87.50 an hour by the county to enforce boater speed limits in those zones. The program's mission is to prevent boater collisions with manatees and protect the mammals that frequent our waterways.

"We found time that the city was billing the county for enforcement of the manatee of the grant where the records do not indicate that the officers were actually enforcing the manatee grant," said Carey.

The audit found in many cases, officers did not call in or out of the assignment on the radio or their recorded call ins did not match up to the amount of hours entered into payroll records.

"They may have been doing a wide variety of different things, but there were not call in and call outs that we can show they were actually enforcing the manatee grant," said Carey.

The audit identified $10,828.36 the city needs to reimburse the county for over billing. There's also more than 600 hours the audit found were not recorded in compliance with the City's Standard Operating Procedures totaling $55,657.38.

"Every dollar that any municipality , county, or government spends, again it's not our money, it's the taxpayer dollars, so every dollar it's important to have accountability for those dollars," added Carey.

The audit also revealed issues with how warnings and citations were being documented by officers.

WPTV's investigation into allegations against Lieutenant Gregory Babcock revealed that for the 2016-2017 there was only one weekend he wrote warnings to boaters. A few of those boaters we were able to track down said they where shocked they had manatee enforcement boating warnings in their name because they claimed to not even be on the water the day the warnings were written.

"I was more upset with the fact that it was fraudulent and he basically forged documents just to collect hourly pay," said one boater who wishes to remain anonymous for fear of retaliation.

The audit found that a portion of the warnings and citations issued to boaters on the water were missing important information. 60 percent of nearly 400 warnings written in the last five years did not have a boater signature.

Carey said all of the findings from the audit were given to FDLE as the agency still has an investigation open.

The boater hopes the audit and investigations hold those responsible accountable.

"I think it's good that they are following up on the case. A lot of times these things get put, shoved under the rug. At least this time the state is looking at it in a serious manner and they’re protecting the taxpayer dollars," said the boater.

The county is working with the Office of Inspector General on the recommendations outlined in the report. The Environmental Resources Management department director released this statement:

"ERM has thoroughly reviewed the OIG’s report, and will continue to work closely with both the OIG and the City of West Palm Beach regarding the recommendations identified in the report. Palm Beach County serves as a sanctuary for manatees in the winter. Our manatee enforcement program, in cooperation with the County’s municipalities, is an important component to protecting manatees in our waters. We sincerely appreciate the OIG’s attention to the manatee program to ensure that it is maximizing positive results in manatee conservation and efficiency for our taxpayers," Deb Drum.

The city has not provided a response as of yet, but as outlined in the OIG report, management is not giving a response at this time because of the ongoing FDLE investigation.