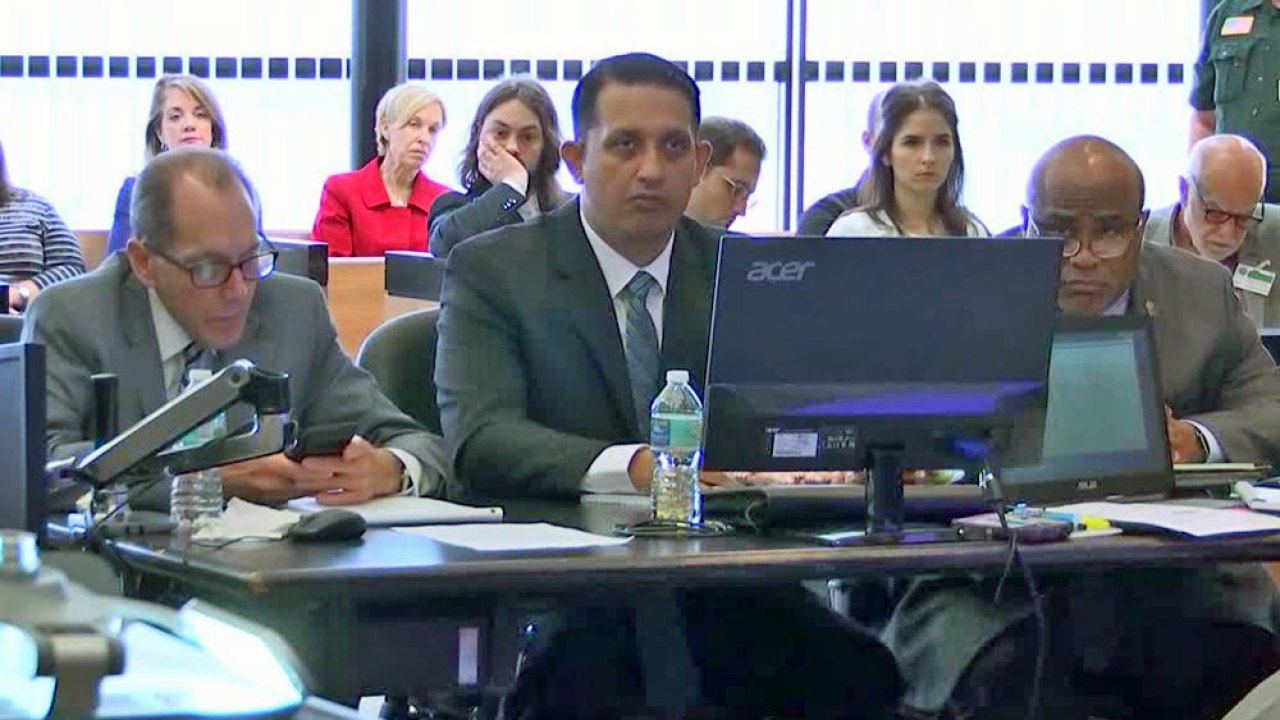 The defense has rested in the trial of Nouman Raja in the shooting of Corey Jones. Raja declined to testify in his own defense. Closing arguments are set for Wednesday. 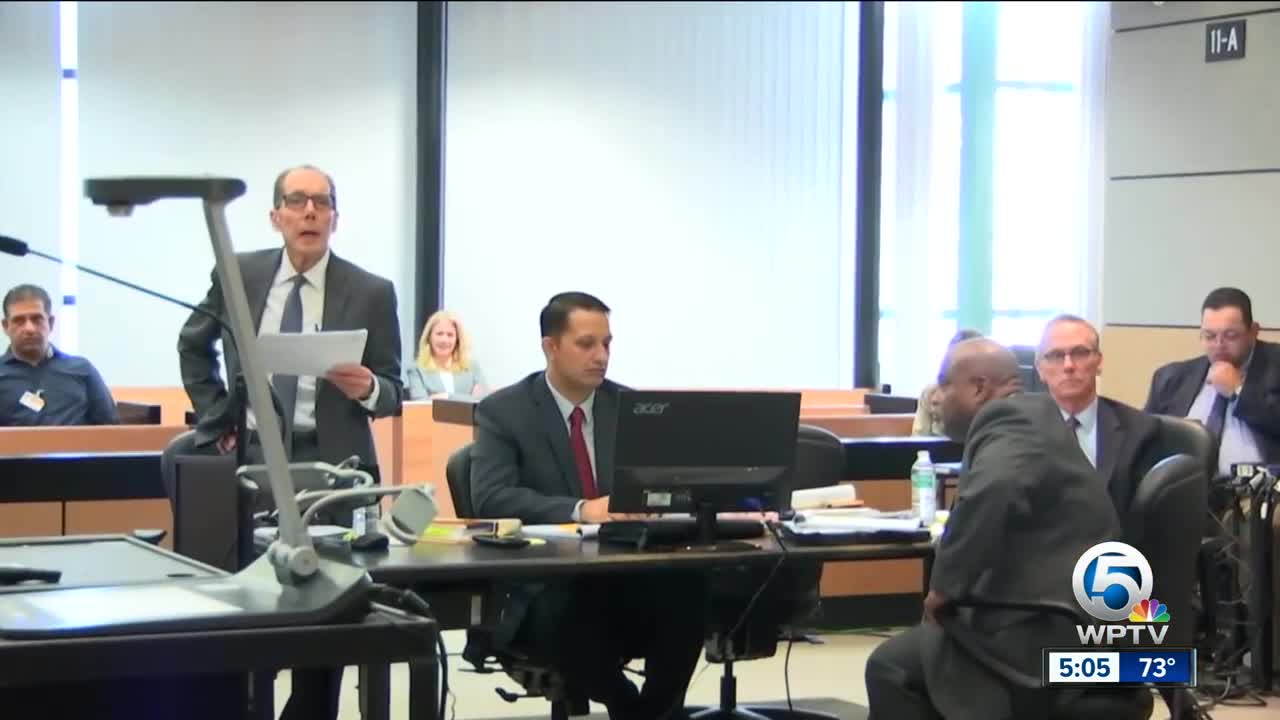 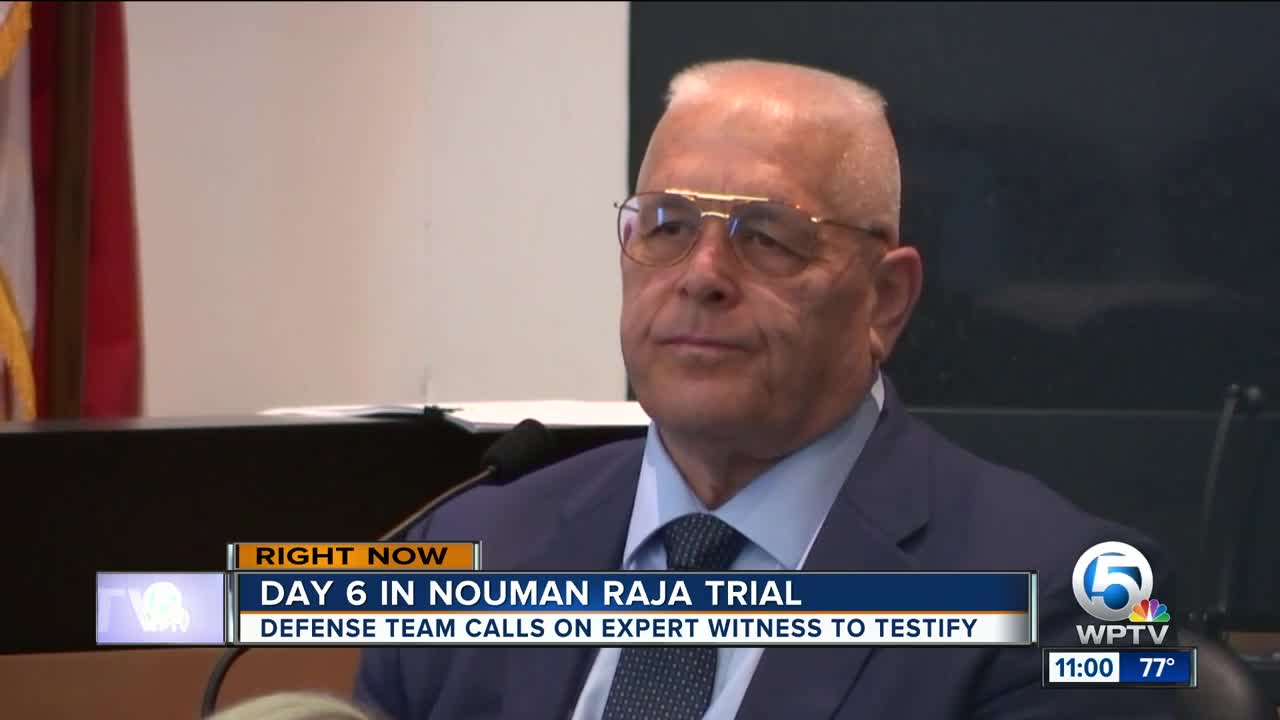 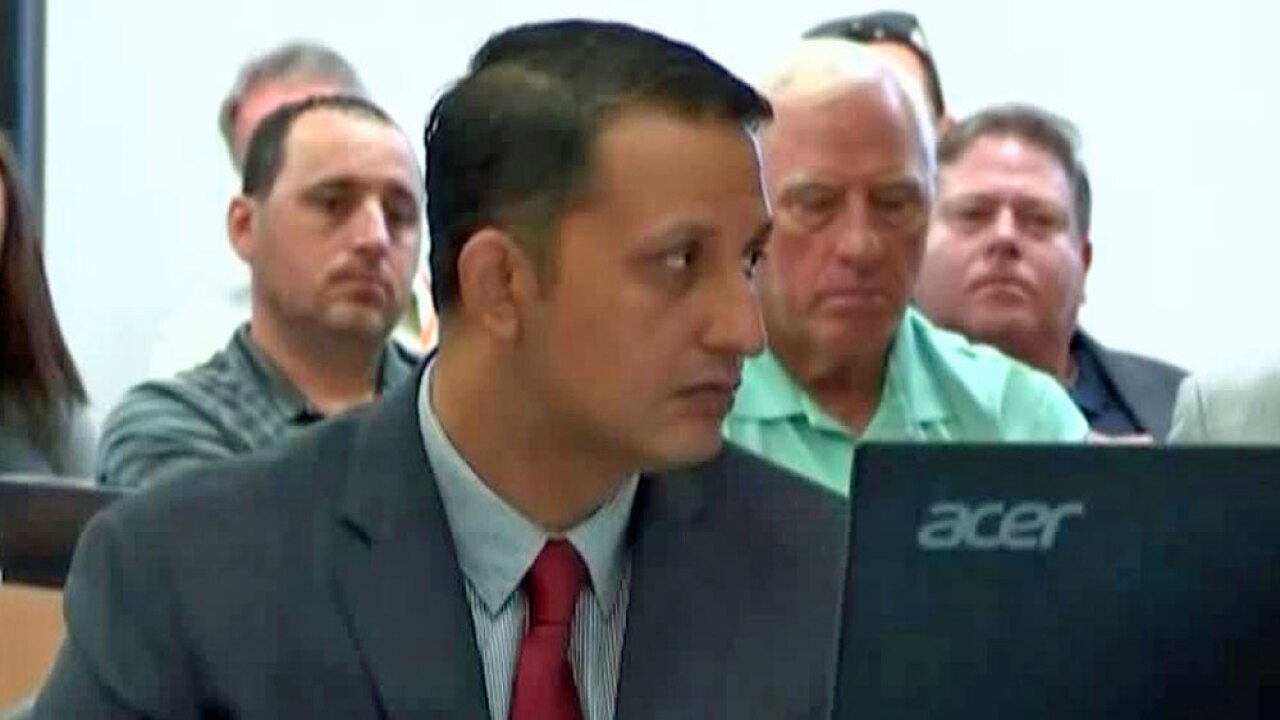 UPDATE: The defense has rested in the trial of Nouman Raja in the shooting of Corey Jones.

Raja declined to testify in his own defense.

Closing arguments are set for Wednesday.

Judge makes sure #Raja knows he has the right to testify. He will not take the stand ⁦@WPTV⁩ pic.twitter.com/kg7d8GAftA

WEST PALM BEACH, Fla.-- On Day 6 of Nouman Raja’s trial in the shooting of Corey Jones his defense team called a forensic consultant to give his perspective of the crime scene.

Michael LaForte told jurors that he reviewed all of the documents and reports on the case and that investigators never did a specific search for blood to figure out Corey Jones’s path after he was shot by Raja, who worked for Palm Beach Gardens police at the time.

Prosecutor Brian Fernandes cross examined LaForte and asked him if the specific chemical tests for blood the witness testified about would have changed anything.

"You're not even coming close to trying to tell this jury that in an event that took less than 30 seconds the mere existence of blood on one place you can say it happened exactly at this second of the interaction? Fernandes asked LaForte.

He answered: No, I said that the presence of blood wouldn’t tell you that it occurred right there - that, uh, with relation to these gunshots wounds. It may be a short period of time before blood starts to fall."

As today's court procedure began Raja's attorneys asked for a motion of acquittal but the judge denied it.

Polk County Chief Medical Examiner Stephen Nelson was called to testify by the defense team after LaForte. He is expected to dispute what Dr. Gertrude Juste testified for the state yesterday.

Raja’s defense lawyers are expected to wrap up testimony Tuesday. If that happens, closing arguments would begin Wednesday morning.