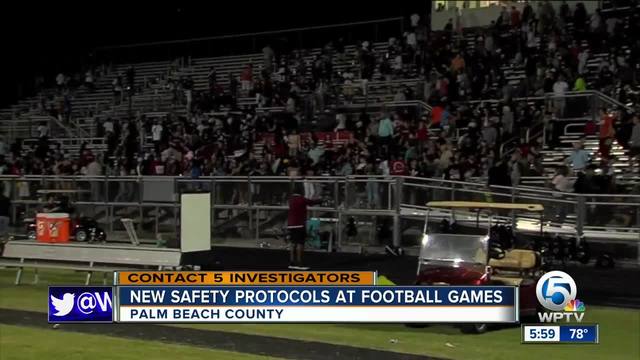 Game security was just one thing discussed today by the criminal justice commission. 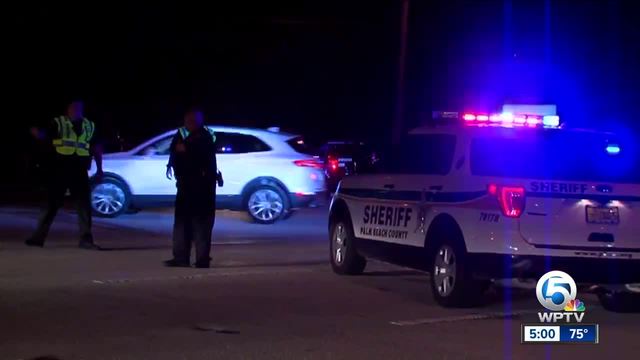 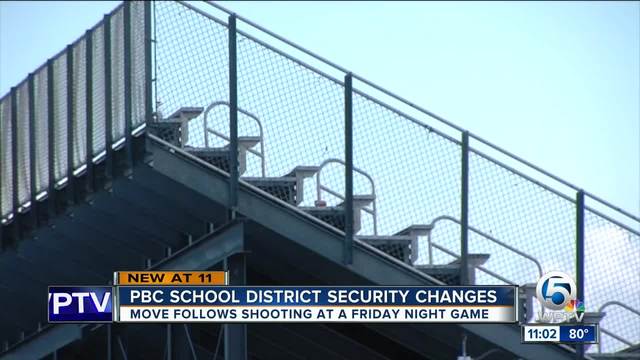 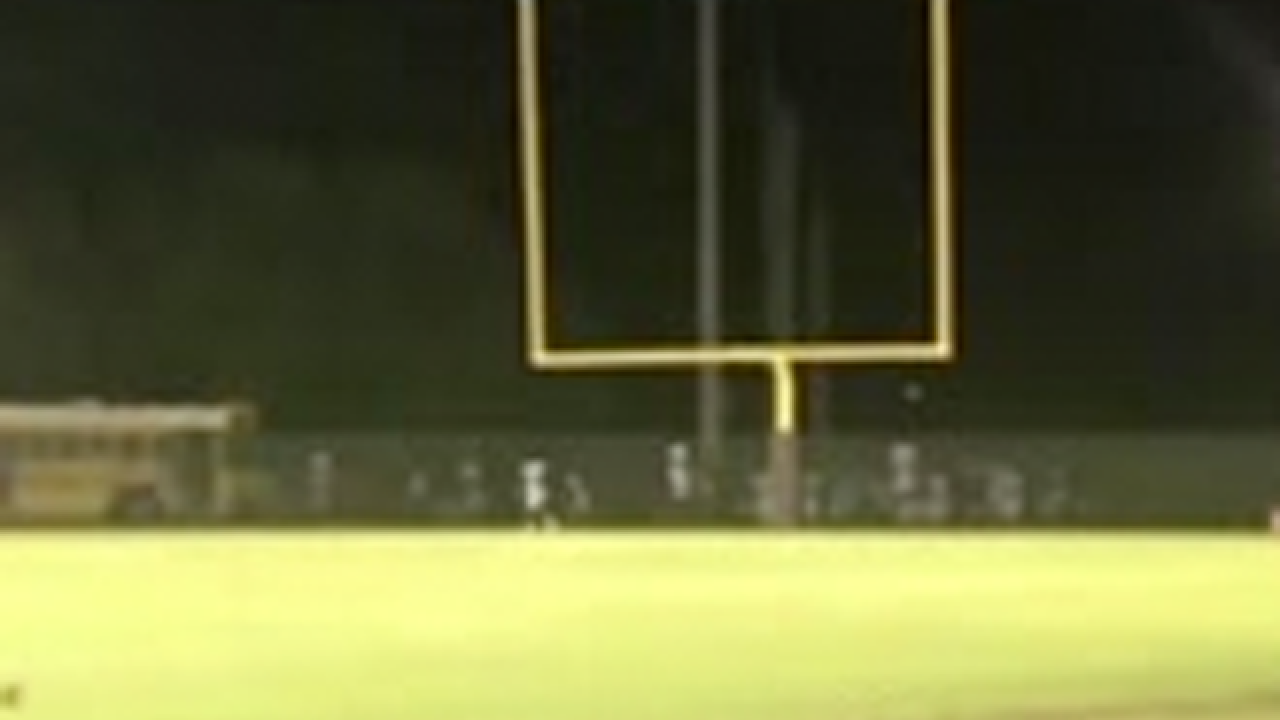 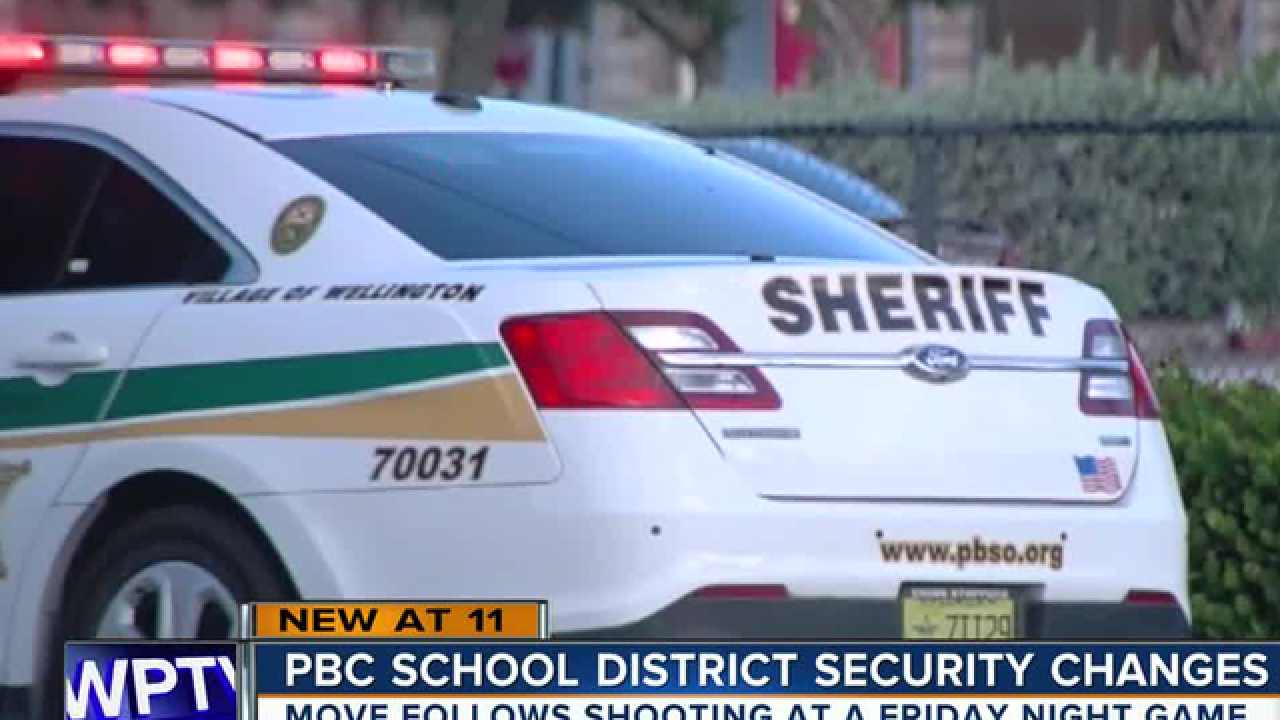 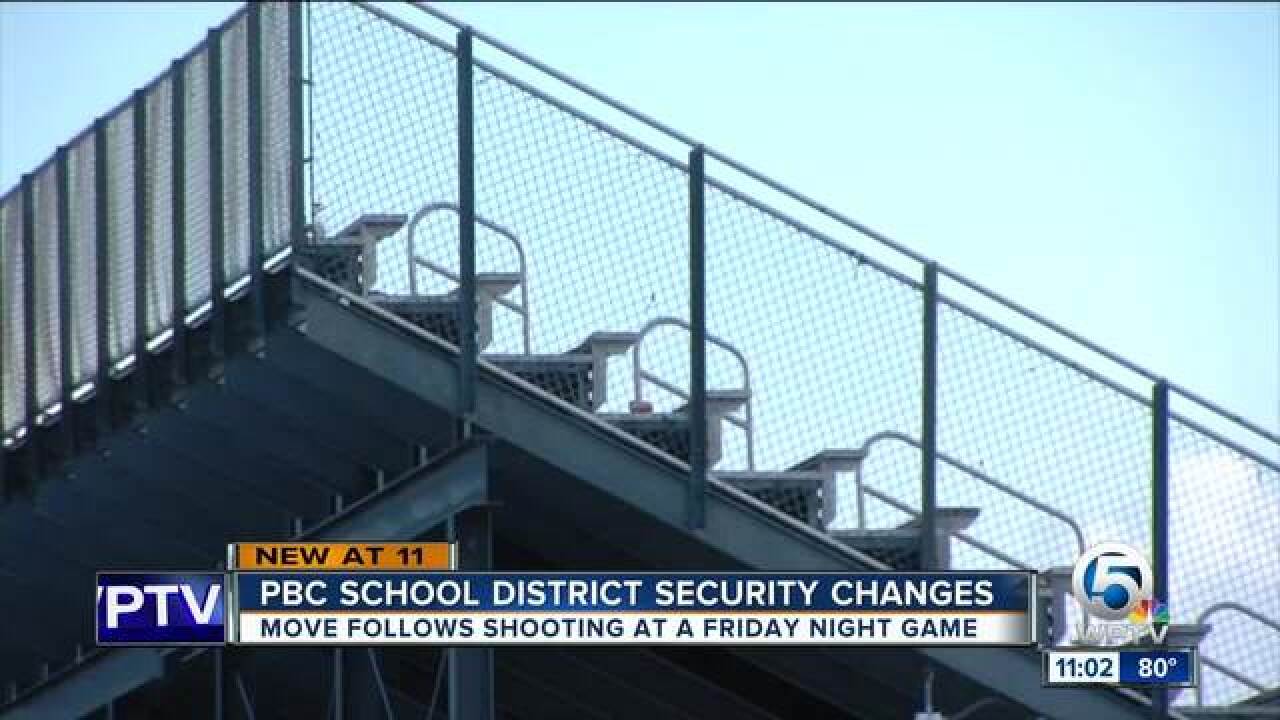 Less than 48 hours after a targeted shooting outside a football game at Palm Beach Central High School, the school district has announced new security measures for the rest of this year's football season.

"Anytime you get into a new job, like I am, you have a series of things that you planned on doing," said Palm Beach County School Police Chief Frank Kitzerow. "That was on my list to do, and so consequently now, you're thinking, 'maybe I ought to move it up a notch or two.'"

The most immediate changes include:

No backpacks allowed inside any game, only clear ones. All will be subjected to search.

No entry after the third quarter kick-off and no re-entry if you leave the game at any point.

All schools will move to 6 p.m. home games whenever possible for the duration of football season.

While the changes are in response to Friday's shooting, Contact 5 wanted to know why stadium security measures were not implemented at the start of the school year.

"You want to get a police officer in every school, and we have done that. You want to get everyone working together on continuity of operations, and we have done that. We are sharing information. We are building infrastructure. There is a sequence that you kind of follow because you cannot do everything all at once," Kitzerow told Contact 5 investigator Merris Badcock.

“This wasn’t the kids, this was something outside, but unfortunately now the kids have to suffer for the actions of somebody else,” said parent Leticia Mills.

Mills was one of the dozens of parents who raced to Palm Beach Central High School Friday night after shots rang out not far from where students were enjoying their first high school football game of the season.

The Palm Beach County Sheriff's Office said it was a targeted shooting that could have happened anywhere.

“The bad guys in this were not there to shoot students, not there to randomly kill a bunch of people they know who they were looking for they just happened to find them on the perimeter of the football field,” said Sheriff Ric Bradshaw.

However, officials with the Palm Beach County School District met over the weekend to come up with new safety measures for all of its high school football games moving forward.

Both Palm Beach Central v. Atlantic and Park Vista v. Dwyer games were initially to be played 10 a.m. Saturday, but both were moved to 5 p.m. after Palm Beach Central's coach complained that many players are scheduled to take the SAT.

Anyone planning to attend football games at any District high school should check with the schools to verify start times.

As for any concerns parents and students might have attending school this week, the district said it is beefing up security at Palm Beach Central and Dwyer for the next five days out of an abundance of caution.

“None of the changes that we are making would have helped with Friday. These are just protocols that we were going to create as our normal safety protocols, and in creating a new reality for our entire school experience," said Dr. Fennoy.