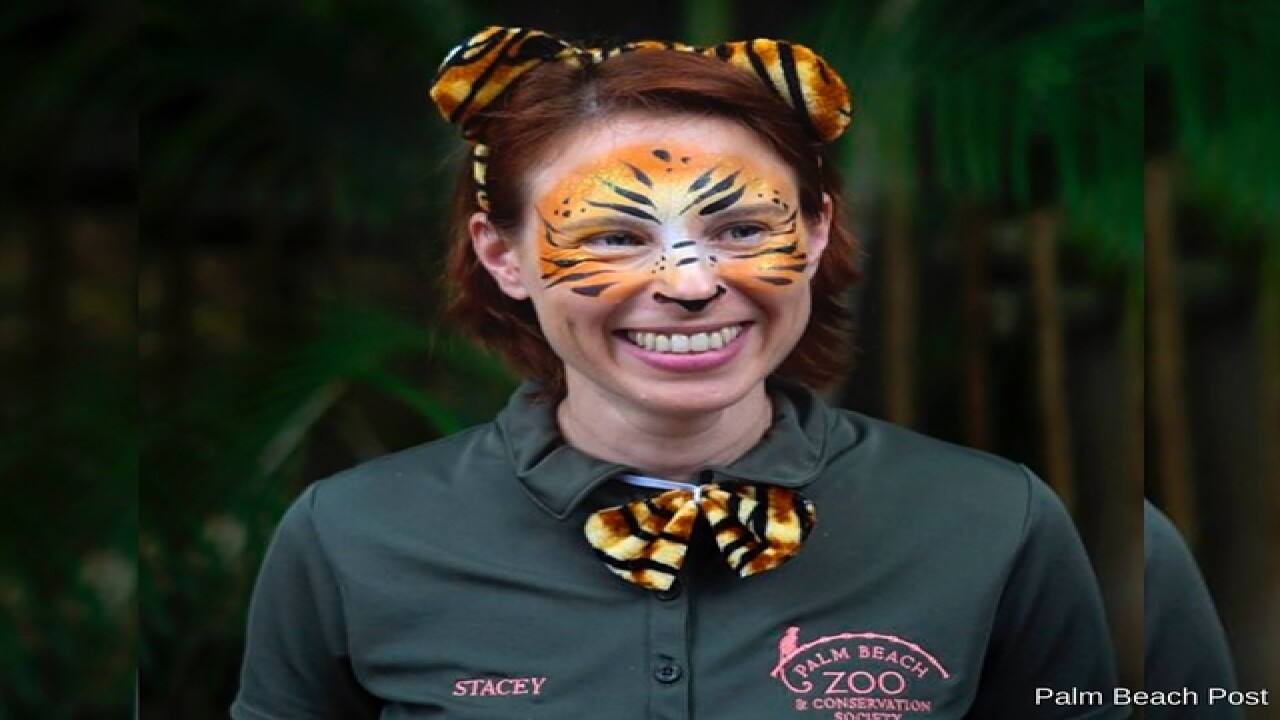 The report lists details of her injuries revealing she was bit and clawed by a male Malayan tiger at the zoo. For the first time, the report also reveals the tiger's name, identifying it as 'Hati'.

Fatal bites to her neck, claw marks on her shoulders and back, punctures and abrasions are all listed as injuries Stacey Konwiser suffered when she was attacked by the tiger.

According to the CEO of the Zoo, Konwiser walked into an enclosure clearly marked 'accessible' by the tiger. Why she did is still under investigation by the Florida Fish and Wildlife Conservation Commission and OSHA. The Medical Examiner's report says Konwiser unlocked two padlocks to open the door to the tiger bedroom.

Zoo staff has stated that on the day of the incident, Stacey was preparing for 'Tiger Talk'. It's a 2 p.m. show-and-tell of Malayan tigers.

The ME report says a few minutes before the show, a maintenance worker heard Stacey scream and saw Hati standing over her body.

According to the tiger's specimen report, he is 13-years-old. The tiger belongs to Fort Worth Zoo and was transferred to Palm Beach Zoo in 2015 as part of a breeding program. Before Hati arrived to Palm Beach Zoo, the tiger was at Miami Metro Zoo for 11 years. The Palm Beach Zoo welcomed Hati in a Facebook posted dated July 29, 2015.

In the most recent video of Hati released by the zoo on Facebook, the tiger is seen playing with a toy on March 29, less than three weeks before the attack.

Emergency radio transmissions reveal it took 17 minutes for paramedics to reach Stacey. They were waiting for the tiger to be tranquilized. At first, zoo personnel tried to lure the tiger away, but were unsuccessful. Zoo CEO Andrew Aiken has stated that there was no clear shot to kill the tiger without further injuring Stacey, therefore, the decision was made to tranquilize.

Records show Stacey arrived at St. Mary's Medical Center at 2:40 p.m., almost an hour after the attack. The ME report says she was pronounced dead at 2:56 from a neck injury.

A few months ago the Zoo did transfer a male Malayan tiger to Audubon Zoo in New Orleans. The tiger transferred was not identified. The Audubon Zoo had plans to rename it, only saying it arrived on May 24 and is 6-years-old.

The zoo responded to the report Friday.

"Of course this is again a somber time for us. We reached out to the Feige/Konwiser family to let them know that the report has been released finding that it was an accident and that is was online at various places. As a zoo we remain committed to Stacey's life work and just trying to move forward at best we can," said Palm Beach Zoo spokeswoman Naki Carter.