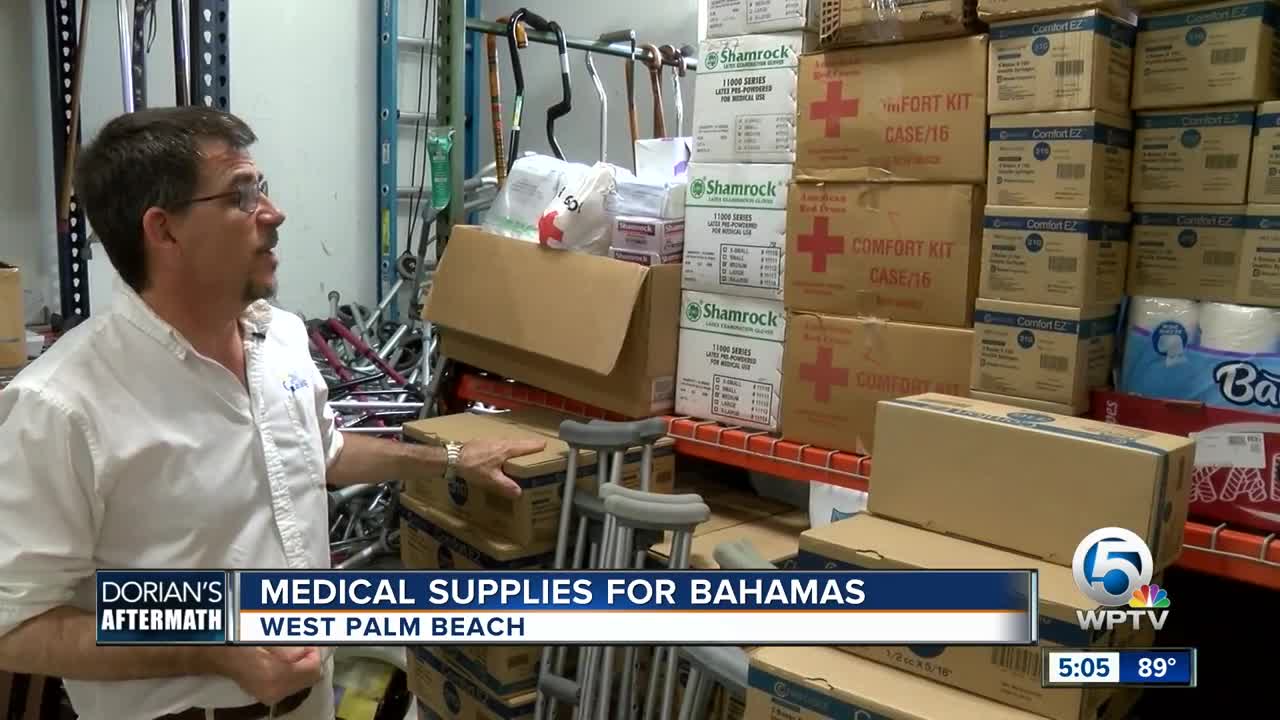 A West Palm Beach man has collected medical equipment and supplies to donate to those impacted by Hurricane Dorian in the Bahamas.

WEST PALM BEACH, Fla. -- Inside Clinics Can Help in West Palm Beach, you’ll find a man working to live up to the name.

O’Neill has filled a 5,000-square-foot storage facility with medical equipment and supplies. As a registered nurse, he started his non-profit organization in 2005 after seeing a need in the community.

“The amazing thing I found was that many people had medical equipment. They wanted to donate and make a difference in people’s lives, but they needed an actual agency to make that happen,” he said.

After Hurricane Dorian ripped through Grand Bahama and the Abaco Islands, he was determined to help.

“I’ve been in situations where I had none of those supplies to do the most basic healthcare,” O’Neill recalled.

Now that he’s gathered what he believes is life saving supplies, he’s looking for the right partner to deliver it.

“We’re still doing research that’s the whole thing. You have to talk with people with boots on the ground,” he said.

“They’re going to need help in their clinics from years to come,” Dr. Robert Tome said.

Tome took a team to Grand Cay. For him it’s like a second home.

“They’ve already had some Cholera reported in the area that can be treated with antibiotic and hydration but they have none, they have no where to get it.”