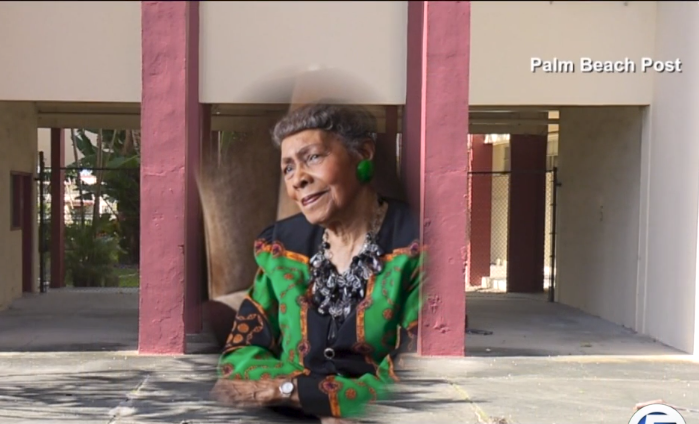 It was her mission in life. For decades a West Palm Beach woman collected more than 100 years of local black history artifacts. Now if her collection isn't preserved a legacy could be lost.

WEST PALM BEACH, Fla. — It was her mission in life. For decades a West Palm Beach woman collected more than 100 years of local black history artifacts. Now if her collection isn't preserved a legacy could be lost.

It's a collection older than him. Earl Hundell enjoys showing off black history artifacts. It's like buried treasure.

"One of the first black morticians in the county," he boasted. "He served as chairman of the Negro trustee board."

In 2013, we spoke with Ineria Hudnell, the woman behind a growing collection. She told us these artifacts were her tools to teach a new generation.

"Speaking with the children and letting them know how important it is to start reading," Hudnell said.

With her son by her side. They took her collection on the road, setting up temporary exhibits showcasing black history in Palm Beach County.

"She was in charge and I did all the heavy work (laughs)," Earl recalled.

The exhibit took off and with the help of the African American Research Library and Cultural Center of Palm Beach County it found a new home at the old Roosevelt High School in West Palm Beach.

"Black history you know she wanted to preserve it and she loved Roosevelt," he said.

It was a first for the city and a full circle moment for the Hudnells. Earl attended the all black school and Ineria taught there, but it was a moment that wouldn't last long.

"And the school board closed that down because of asbestosis and the leaks," Earl said. "So I took it all down."

At 97-years-old like the halls at her beloved school Ineria's memories began to deteriorate.

On August 8, 2018 Earl said goodbye to his mother and more than 100 years of history was now in jeopardy.

"They're trying to find a place.. a permanent place to put the exhibit," Earl said.

In this case history was destined to repeat itself, today his mother's collection now lines the walls of his home. The African American Research Library and Cultural Center has started to catalog the pieces. But Earl says he'll protect the collection until his mother's wish is fulfilled.

"Whenever the can get this out of my house into a museum then I'll be able to stop," Ineria told WPTV in 2013.

"Whenever people want it I'll go through it and pull out posters and stuff like that.. that's a job though.. it's a job," Earl said.

He says the district has committed $10 million to go towards renovations and restoring the front part of the school.